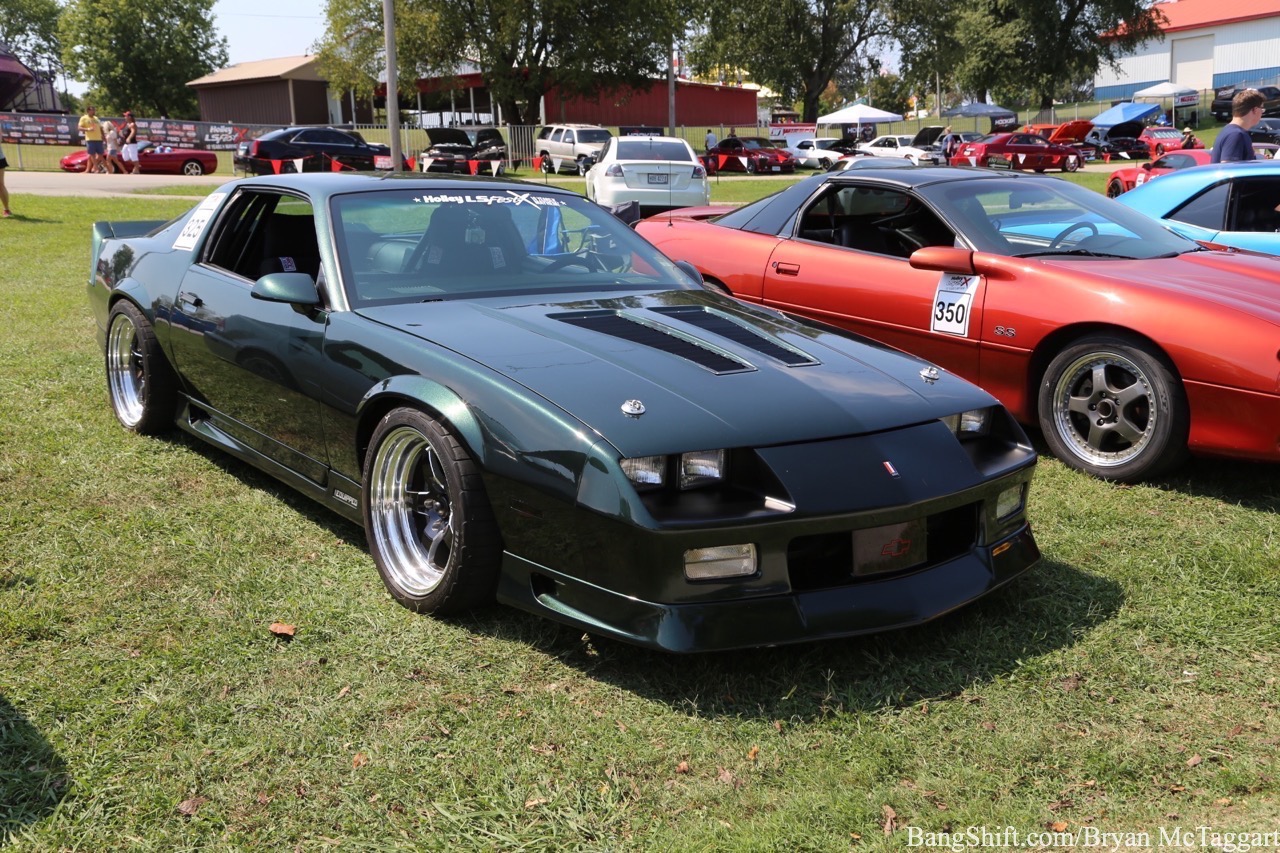 When I checked in on Thursday to get my passes for Holley’s LS Fest X, I ran into Josh Korsower of Three Pedals. He’s always a welcome sight at LS Fest, because between his friendly demeanor, his desire to make products that work for the aftermarket, his penchant for manual-trans swapping whatever he can get his hands on, and his willingness to beat the ever-loving hell out of whatever car he brought in whatever the officials will let him compete in. The Three Pedals’ Pontiac Safari wagon is legendary at Bowling Green, having handily won the first burnout competition in a form that would even have an Australian nodding their head in approval. He told me to bring a helmet. I don’t need to be told twice!

In-between shooting photos and working the computer, I made time to get two ride-alongs. The first one was with Suzy Bauter and the “Flare Witch Project” Rambler wagon. We’ve been covering that car before it was covered in paint, and I wanted to experience the purpose-built autocrosser for myself. The ride was worth it…minus the fact that I had to fold myself up into origami to fit inside. It was still worth it. But the ride with Korsower in the former Car Craft CC/Malibu project left me laughing. One, because the rear-mount turbo on the Malibu makes absolutely stupid power, and two, because the passenger had a lap belt and not much to brace against while sitting on a stock bench seat. Every time he made a right-hand turn, G-forces slammed me into him. (I should probably go apologize to him later today, now that I’m thinking about it!)

As I’m typing, the floodgates have been opened and the fans are pouring into Beech Bend like water for Saturday’s showcase. We’ll be back with more coverage soon, so stay tuned! 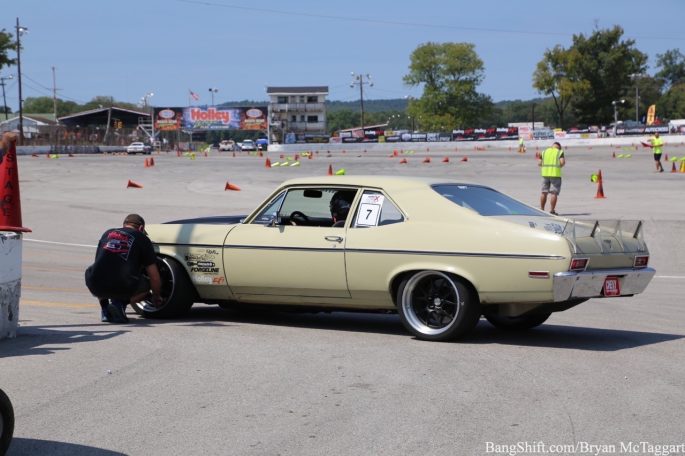 If you missed our last gallery from LS Fest X (and the Power Wheels Downhill Challenge!) CLICK HERE to check it out, and click on a photo below to see more of the cars on-hand at Beech Bend!

Holley LS Fest X: Cars, Trucks, And Yes, Even Vans On The Property! This Downdraft Grinding Table Project Is Too Cool And Will Keep Your Shop Clean And Free Of Grinding Dust