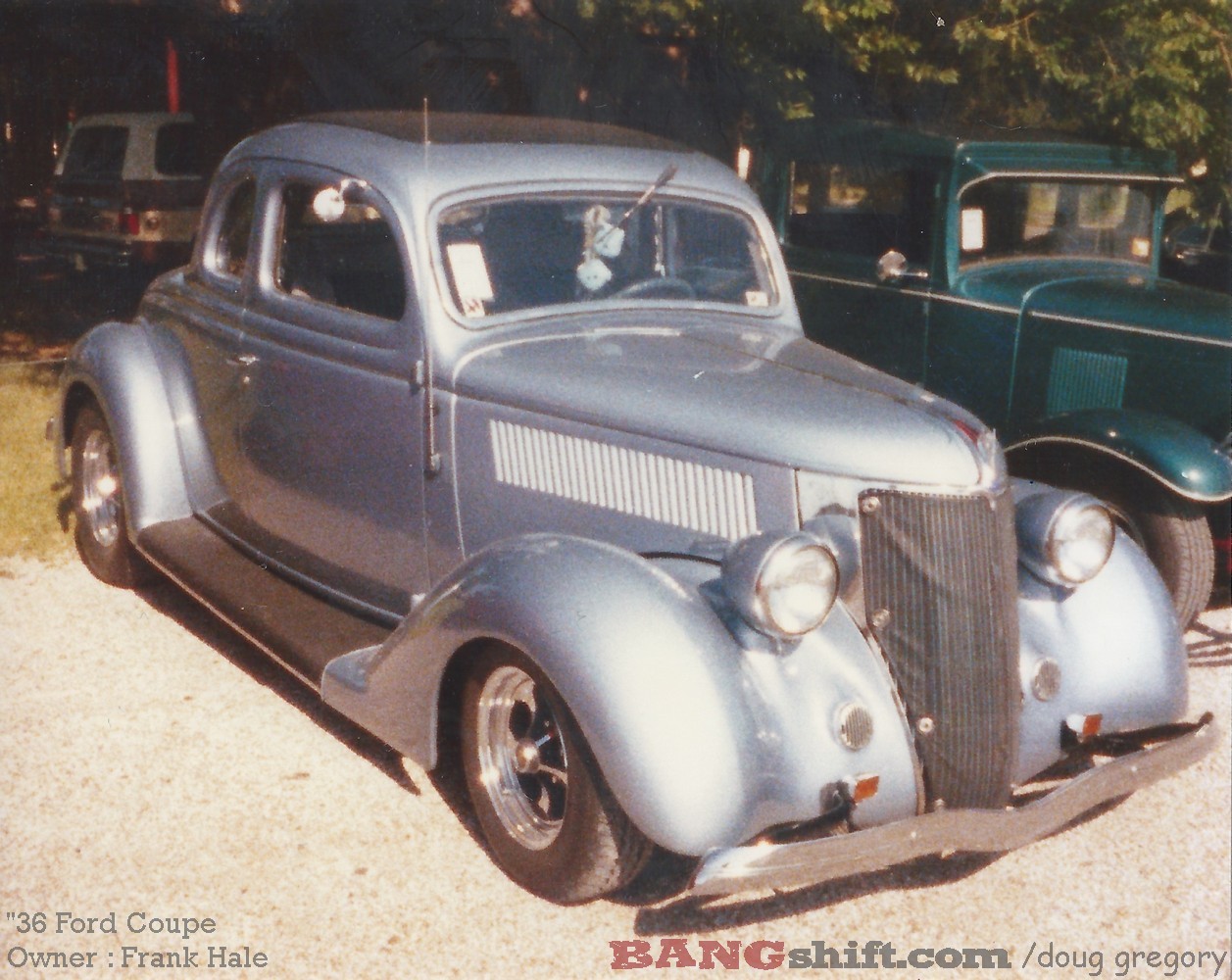 (Words and photos by Doug Gregory) – Blackwell is where I was born and raised and was also on the 2014 Drag Week path.  That route took this impressive band of automobiles right down Highway 177 (Main Street) and past one of the sites where many Rod Runs were held  – Memorial Park.  Memorial Park was as much a fixture of my youth as was my home.  An Olympic-size pool complete with a pair of small artillery guns out front and a miniature Statue of Liberty made it an icon of Americana.  I took swimming lessons there until I was a teen and the city’s ‘main drag’ ended in a turnout on an adjacent street.  The other end of the ‘main drag’ was once at the old Sonic Drive-In then moved to the Wal-Mart parking lot after a sign was posted disallowing a left turn out of Sonic.  All of these sites are featured in this series of photos from the 1980s.  Blackwell is situated well inside Tornado Alley and has the distinction of being one of the relatively few cities to ever be hit by an F5 twister.  Back in 1955 the wind passed through the East side of the town well after dark destroying over 400 homes, several businesses, and two large factories while killing 20 residents and injuring over 250.  Time magazine made a short film about it that us kids got to watch in grade school.   As you might expect I have a bit of knowledge about a few of these cars since some were part of the local club, the Streeters, which I was a member.  Though it’s a small town we certainly had no shortage of nice and interesting rides.

A fixture in my life at the time was friend Dean McBride.  Dean was a friend of the family and I began hanging out with him in my late teens.  He taught (or tried to) me a lot and together we attended most of the events depicted in this series.  He’s a hotrodder from back in the 60s and together with the others of his vintage I heard a lot of stories and soaked up a bunch of information.  Another local, Monty Doan, graduated high school with Dean and went on to earn an engineering degree followed by decades of employment with GM.  He kept a small shop on the South end of town and from it some well-crafted creations emerged.  Coincidentally his shop was just a stone’s throw from the Jordan’s which are mentioned in this series as well.   I’ll always remember the Corvette he’s had since his college days.  The two builds I remember most are a ’48 Chevy pickup and a ’39 LaSalle.  Both featured Cadillac power trains, suspension, and other items from the marquee.  Another well-established ride around town was Dexter Oldham’s ’34 Ford Pickup.  His ’34 had been in primer since before the first time I saw it as a much younger kid so the painted version was very welcome.  He acquired a pair of un-built plastic models of it and asked me to build a before and after version.  I did and when it came time to paint the body for the ‘finished’ version of the real thing he gave me a film canister full of the real-deal paint.  Wonder what that half-ounce or so was worth…?  I had to fill in things like the front fender spare-tire well and fab a gas tank to match his new one which was stainless set flush with the back of the bed.  I robbed a couple of different models for drive train parts (SBC), tires/wheels, and other trinkets get make the ‘mini-me’ as accurate as possible.  Wow that’s been a long time ago.

Enjoy this trip back to the 80s.

Pomona Swap Meet Coverage! We're Back With More Classics And A Couple Of Ugly Ducks As Well eBay Find W/Video: The Corsetta Is A BMW Isetta Microcar With A Corvair Flat Six Jammed In It!