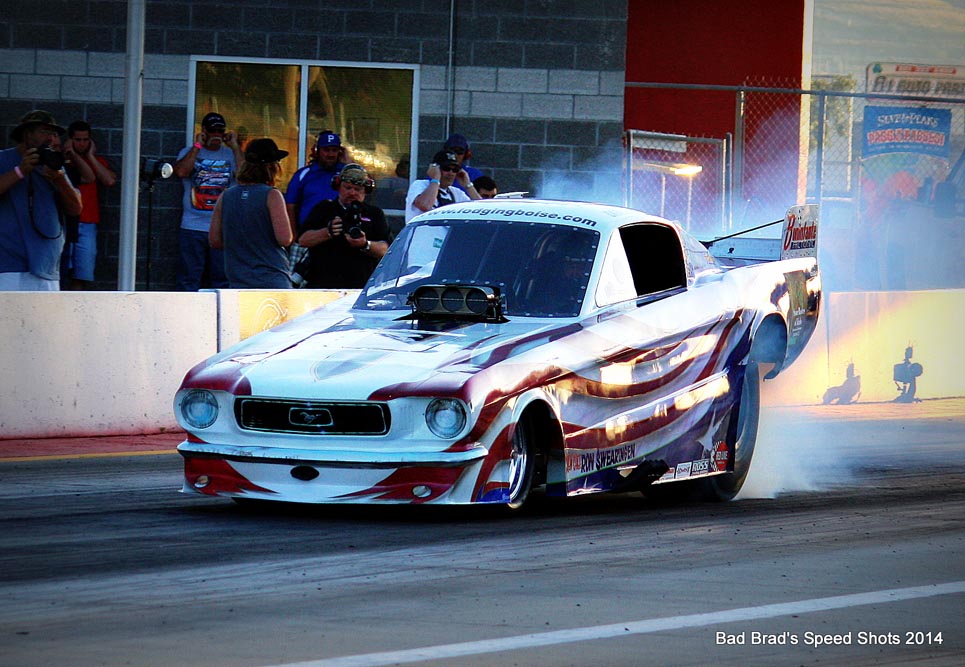 Dan Horan Jr, from Sylmar, California claimed the Nitro Funny Car win at Rocky Mountain Raceways’ Summer Kick-Off Saturday, June 7 with a tough eight-car field. Horan bested Kris Krabill, from Bellevue, Wash., in the final round, running 247.11 mph with an elapsed time of 5.858 after Krabill reportedly broke a throttle cable.Fans were thrilled to see both ends of the track record for Nitro Funny Car when, in the semifinals, Horan blistered down the track with an elapsed time of 5.845, creating the new mark tuned by Ronnie Swearingen.

button” text=”CLICK HERE FOR ALL OF BAD BRAD’S PHOTOS”] 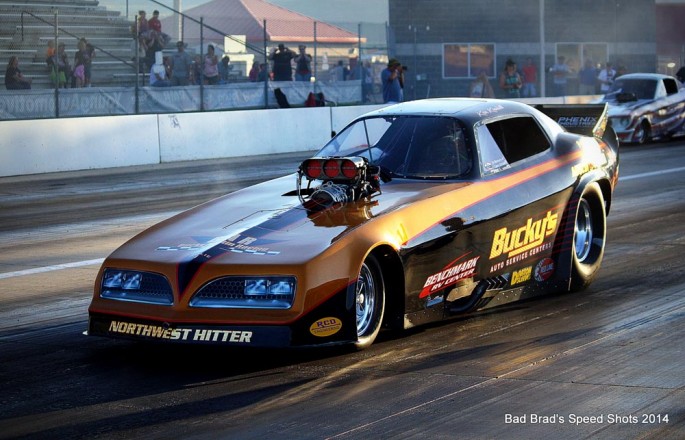 In the very next pair, Krabill set a new mile-per-hour track record, running 250.00 mph. Previously, Canadian Tim Boychuk, who is currently racing on the IHRA circuit, held both marks of the track record with a 5.87 at 249 mph, set in August of 2012. 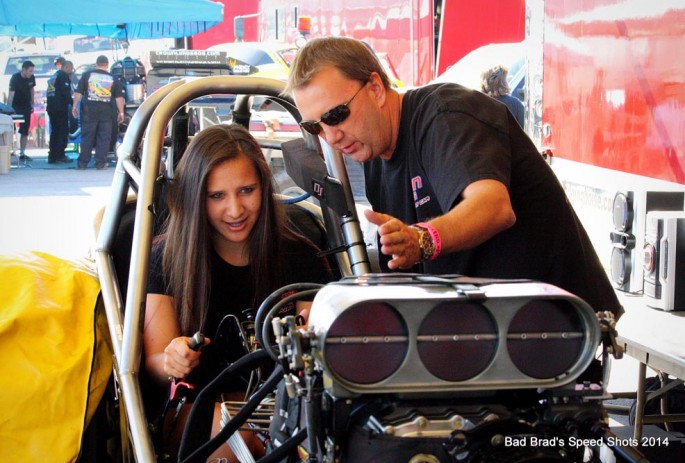 After three rounds, nitro funny car qualifying shaped up with Horan’s ’66 “Patriot” Mustang (above) leading the field with his 5.909 ET at 244.76 miles per hour, he explains driving a funny car to a Salt Lake City fan. 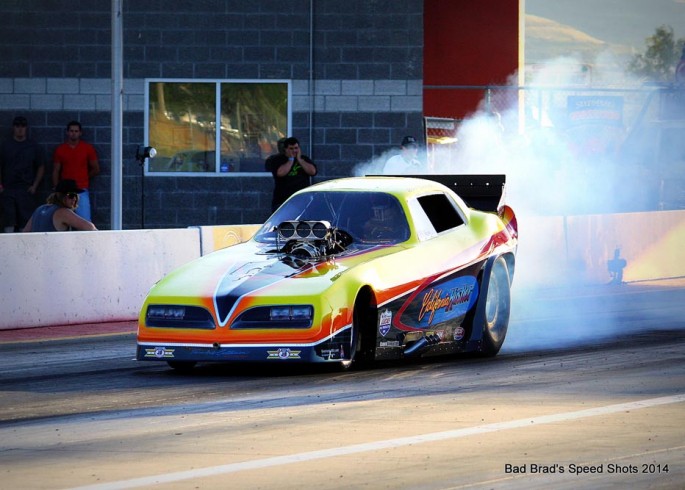 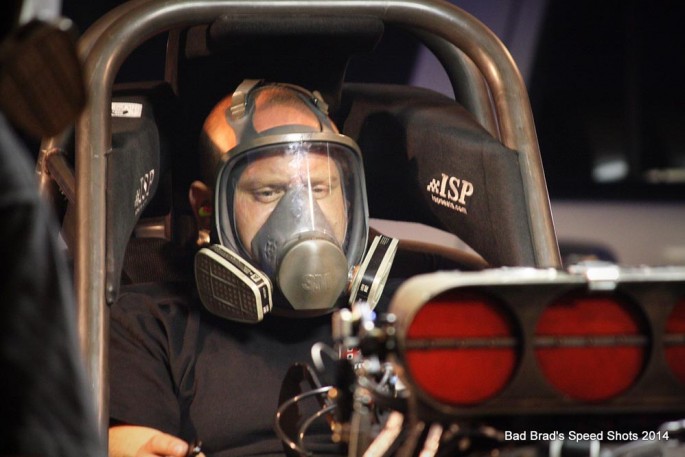 Winner of the Firebird Raceway Ignitor Kris Krabill (above) held down the third qualifying position in the Austin & O’Brien “Northwest Hitter” Firebird with his 6.117 ET at 225.56 mph. 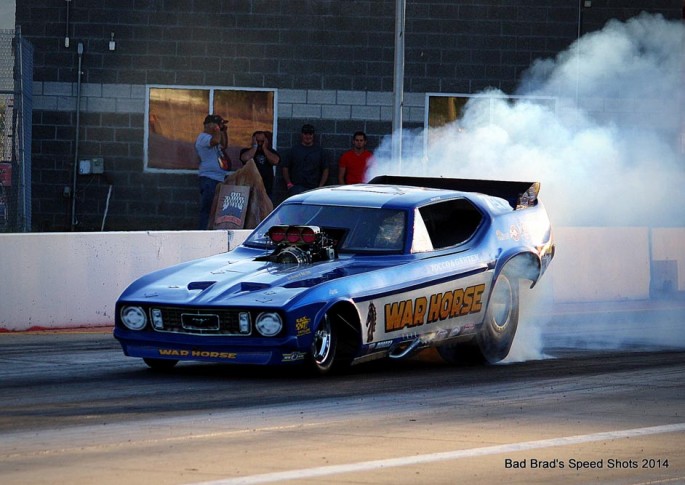 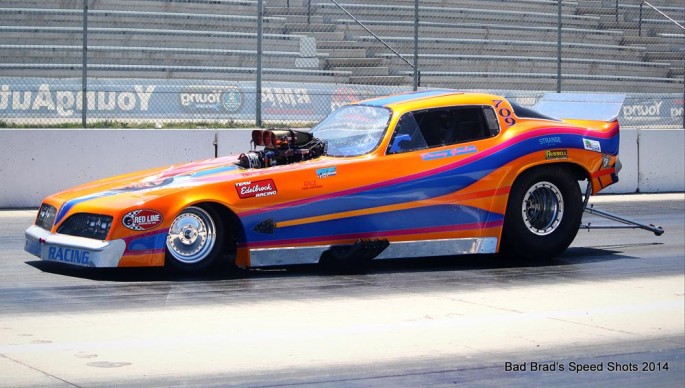 Rookie Danny Gerber stepped up with a 6.26 driving an ex-Dale Pulde Firebird. 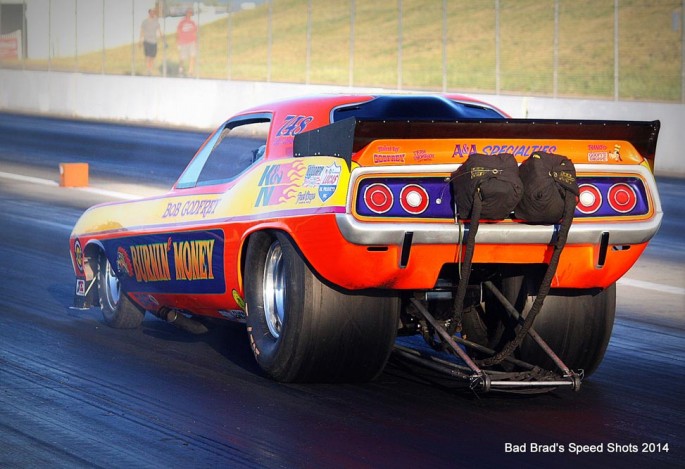 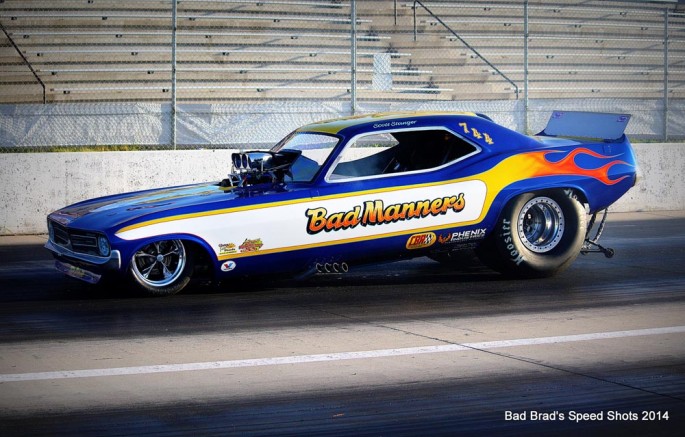 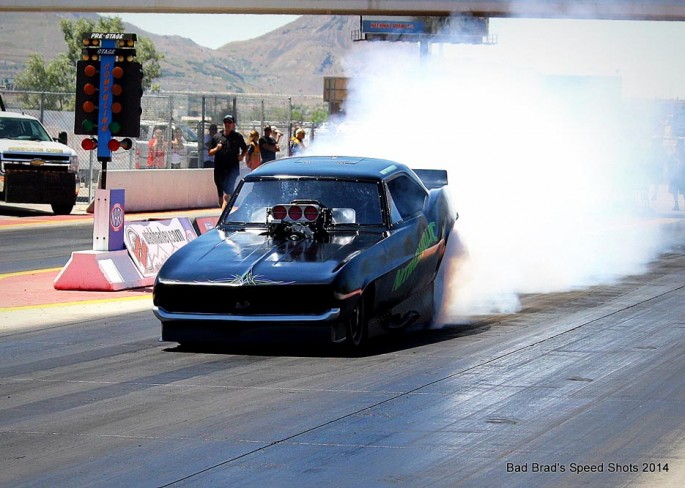 The “Nitrohaulic” Camaro of Richard Townsend filled out the field with his 6.437 ET at 212.21 mph in eighth. 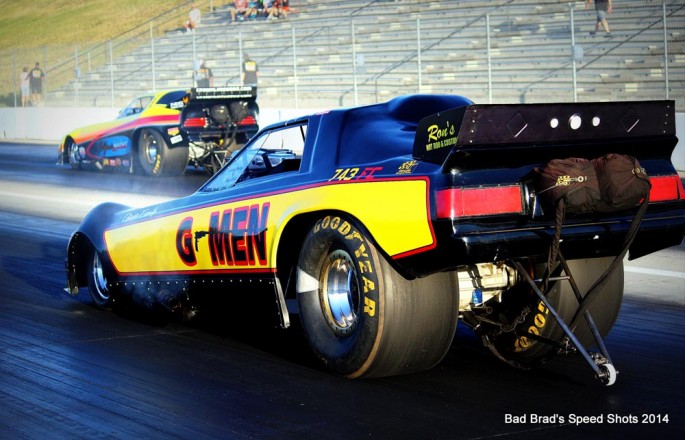 For a recap, we can usually rely on killer videographer Les Mayhew to edit one of his awesome videos of the nitro funny car action, this one from Rocky Mountain Raceway’s Summer Kick Off! 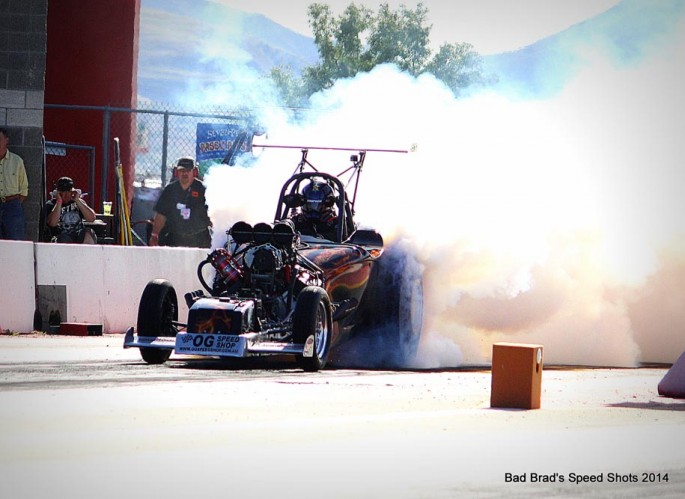 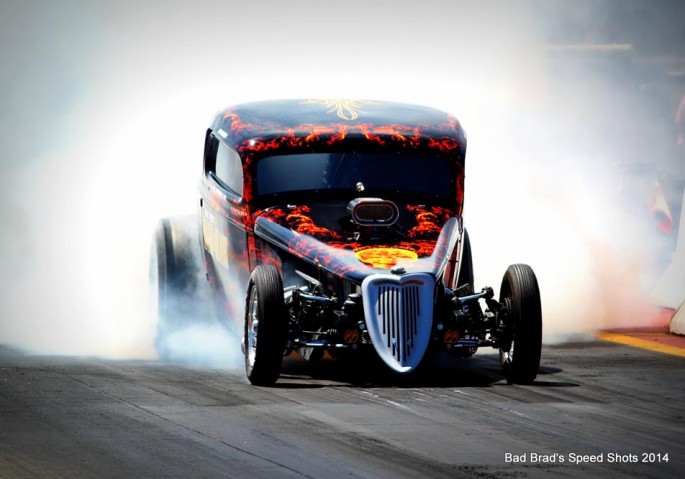 The next event for Nitro Funny Cars and Top Fuel in the NHRA Hot Rod Heritage Series is the Nightfire Nationals at Firebird Raceway in Boise, Idaho on August 7 – 10. 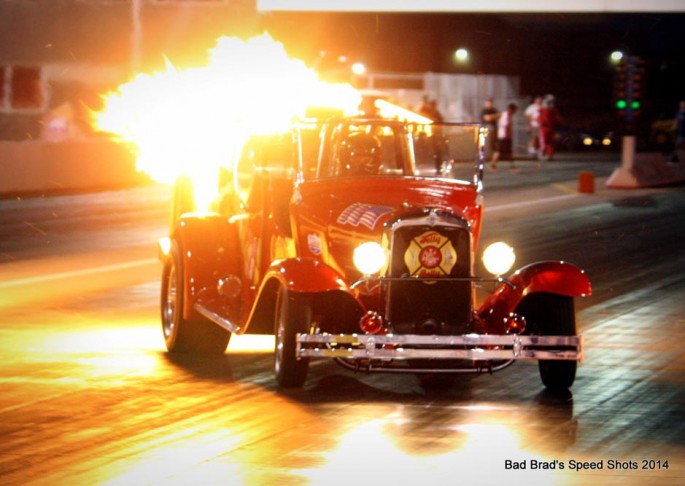 Click the button below for the huge gallery of photos from Bad Brad Klaassen!