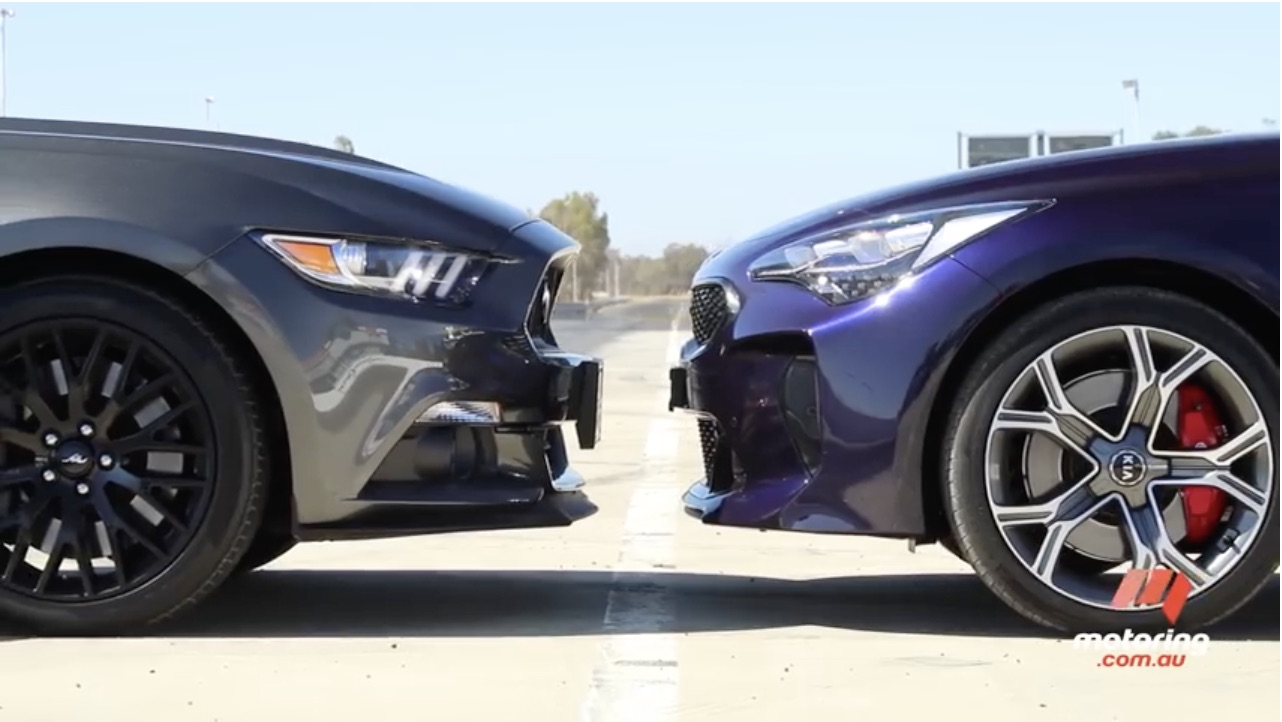 I’ll make no excuses for my admiration for the Kia Stinger GT. I’ve driven them, harder than I should probably admit for never getting an official press vehicle, and the only concern I’ve got for the car is it’s longevity. After that, what do you need to know? It’s a blistering twin-turbo V6 powered four-door hatchback that straight-up rips. Get it in rear-drive or all-wheel-drive, get it kitted out fully for about $51,000 or pick the most basic package and get the good stuff for $38,000 or so, or find the middle ground for the mid-40s. It’s a high-twelve second dragstrip car straight from the dealership and it’s quite pleasant on highways, backroads and being shoved into a corner at full chat.

The Mustang GT needs absolutely zero introduction or explanation. Five liter V8, six-speed manual, able to corner and run the strip. And in America, everybody and their mother will take one look at the nose of the Stinger, turn their nose up at the badge, and pick the Mustang every single time. In Australia, however, things are different. Since the Australian motor industry went kaput, pairings like this are going to be par for the course. Aussies don’t care if it has four doors, or really if it came from any Asian country. To them, fast is fast, regardless, and if it’s being imported into the country, then it’s all good.

So let’s take a look at a non-biased approach: a Mustang GT as most enthusiasts would take it versus Kia’s new rocketship. Place your bets…and I hope you picked well.

Grandpa's Got A Brand New Bag: This 1998 Lincoln Town Car Is A Monster! Factory Ringer: This 1989 Chevrolet Camaro 1LE Is A Race Car First And Foremost