If You Dare: Nine-Second Drag Karts Are Real And Are As Rowdy As You Think They Are! 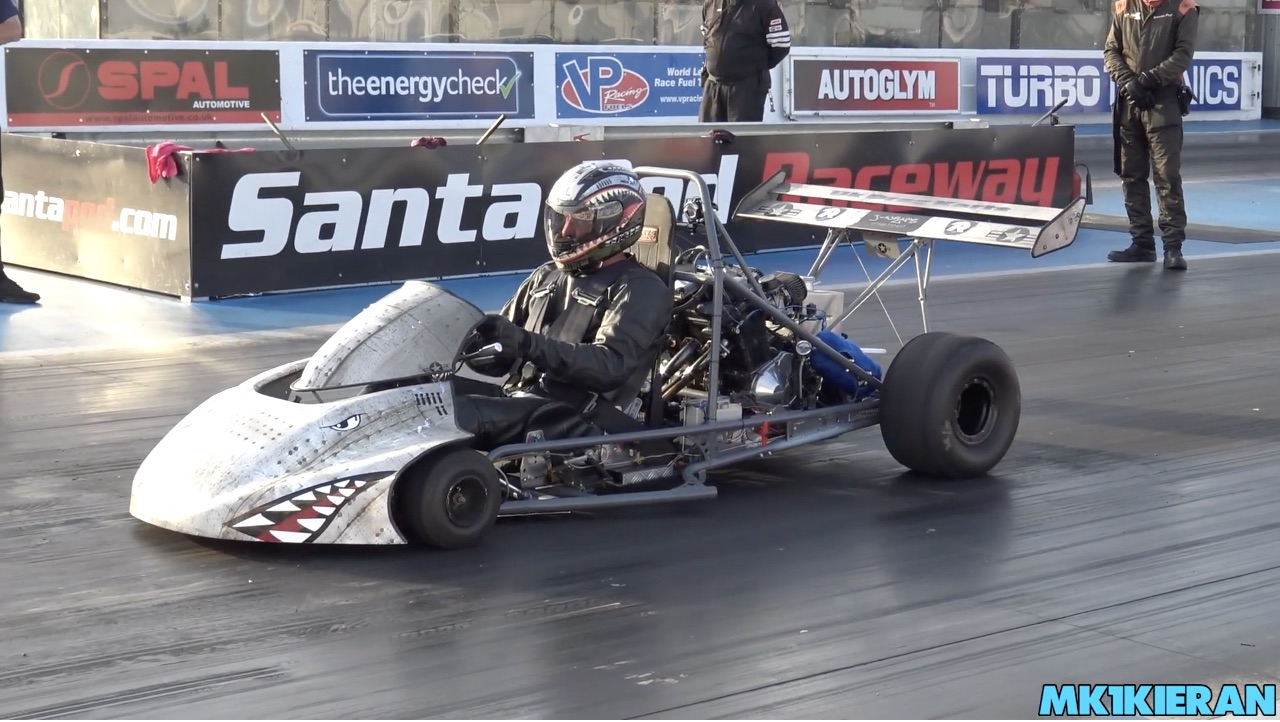 Is it because there are four wheels on the ground instead of two? Is that why we’d never, ever straddle a Pro Stock Bike if our lives were on the line, but would happily hop behind the wheel of this cranked-out go-kart and cut loose with full reckless abandon down the 1320? If we’re being fully honest, probably. We would still be a bit concerned that our ass is maybe an inch off of the asphalt under the best of circumstances or that we’re basically strapped into the world’s most pissed-off shopping cart for an adrenaline fix of the highest order, but don’t look at these monster go-karts in a negative way. Think of it as the perfect rebuttal to the kid in the Honda who just won’t shut up about, “Power to weight, bro!”. Because just about anyone can be riotously fast in one of these machines. Not since the original “Gixxer Kart” have we seen acceleration so ferocious from such a beastly little combination. You figure that if they are using a motorcycle engine that these drag karts are maybe pushing around four or five pounds per horsepower, so you do the math in your head. Find an average driver with above-average skill and no fear of death, put on some slicks from a Jr. Dragster, and make sure that the life insurance policy is paid up!

The honest truth: there might be cars that accelerate faster, but the sheer thrill of one of these drag karts has to be a life-altering experience for a driver and we would love to see Drag Kart as a step-up program in the world of drag racing…but where would it fit? And who would have the guts to sit behind the wheel?

1987 Shelby Charger GLHS - The BangShift Pick Of The Iacocca Chryslers This Wrecking Yard In Kansas Is Full Of Greatness! Here Is Just A Taste Of What You Can Find

3 thoughts on “If You Dare: Nine-Second Drag Karts Are Real And Are As Rowdy As You Think They Are!”