1987 Shelby Charger GLHS – The BangShift Pick Of The Iacocca Chryslers 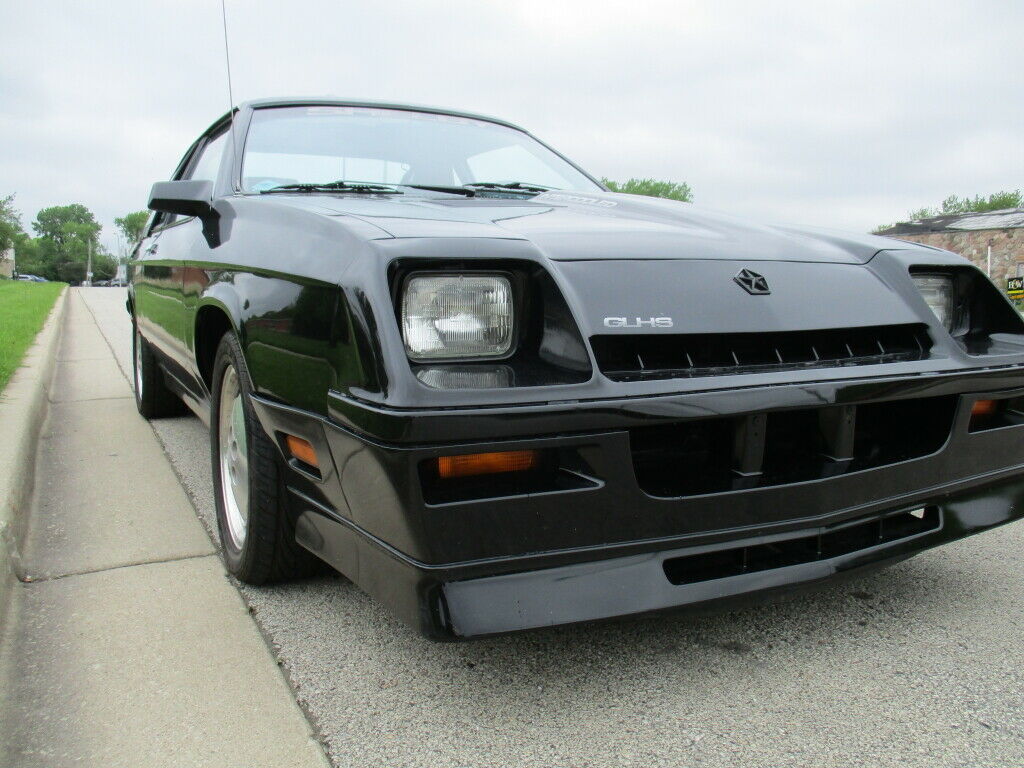 As we look back on the work of Lee Iacocca upon his passing yesterday, I felt compelled to go digging for one of his works. With two car companies under his belt, it wouldn’t be hard to find something to tie to the man, but the question before me was “What would work?” Picking a Mustang or a Maverick or pretty much anything he had a hand in during his tenure at Ford seemed a bit like cheating…he was at Ford when just about everything was a hit (or was, at least, right for the times). His tenure at Chrysler isn’t as well-received by the kind of folk like you, readers. He built front-driver after front-driver, minivans and more, and only allowed the M-body line to live because cops and fleet sales ate them up (and because the Fifth Avenue sold well to older audiences.) It’s not the greatest time, but Iacocca still made lemonade out of lemons, and to do so he brought in an old friend from his days at Ford to help out. 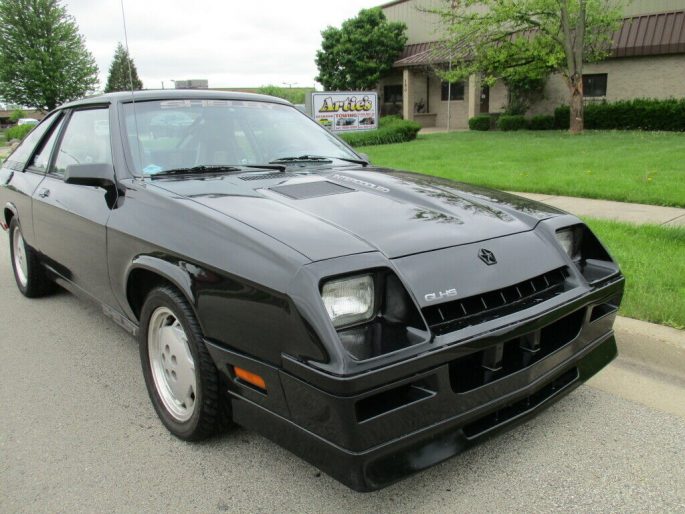 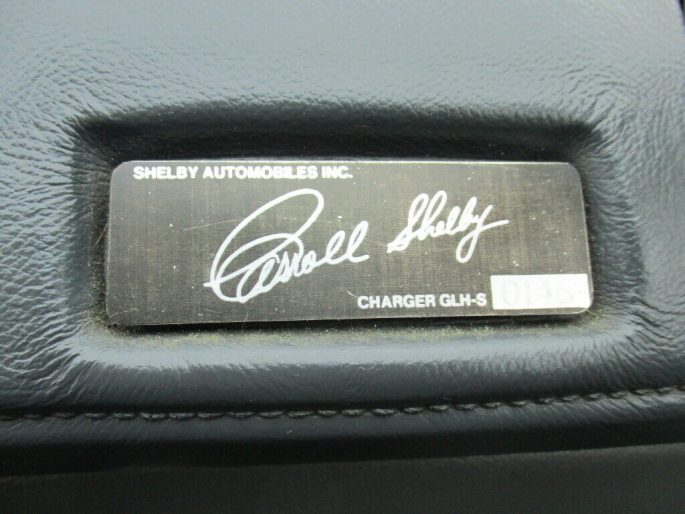 The Dodge Charger name has been a hallmark of the brand since it’s 1966 introduction, but it had come a long way from the fastback Coronet. The 1968-70 model was an icon. The 1971-74 version was so tied to Richard Petty’s successes in NASCAR it was borderline comical. The 1975-78 Chargers were basically re-hashed Coronets and Cordobas with small trim changes, big tanks with smog engines that were, at best, ok for the time. By 1981, the name had been moved to the Omni-based three-door fastback and for 1987, Shelby had something special ready. He bought 1,000 of the last Dodge-manufactured Shelby Chargers and converted them into GLHS cars. The short list: 175 horsepower and ft/lbs of torque from a 2.2L four-banger that had intercooling for the turbocharger, a stout Getrag A555 five-speed box, Koni struts and shocks and Goodyear Eagle Z-rated rubber. And just for the hell of it, they had a sticker on the speedometer that continued speed callouts to 125 MPH. Each car was numbered with a serial plate on the dash and just like the Omni GLH hatchback, each car was a torque-steering wonder that would happily slap around any car of the day. In fact, at one point in time Shelby invited any owner of a Ferrari 308 to meet him at Willow Springs for a head-to-head match. Nobody bit, but a lot of Ferrari-ista bitched at the thought. Telling, isn’t it? 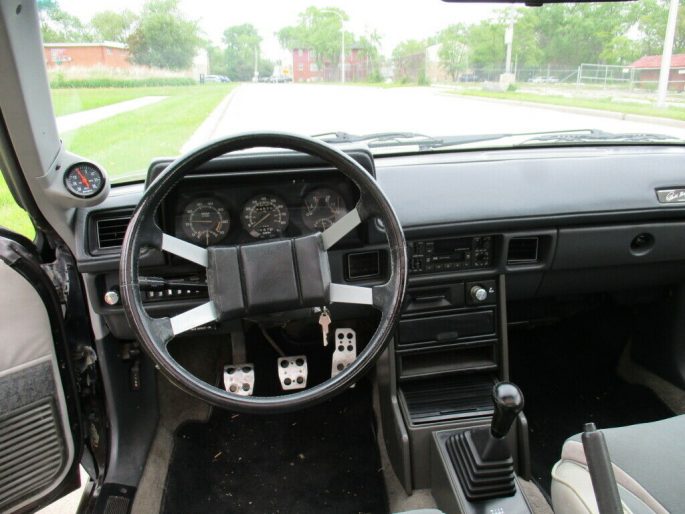 It was an affordable little rocket, balancing the line between economical and the best kind of fun you can have with your shorts still on, small enough to be practical, violent enough to encourage delinquency. It was built because a long-lasting friendship could be fruitful decades after their first go-round with high-performance vehicles together. It’s pure 1980s Chrysler but in the right way: progressive, looking to the future and a bit brash. After the GLHS came the Shelby CSX line based on the Dodge Shadow, then the next hot thing was the Dodge Neon SRT-4. Chrysler was doing tuner-style front-drivers before that was really a trend. And it was smacking around Mustang, Camaro and Firebird while doing it, while taunting Ferrari to come and play. Goes Like Hell, indeed. 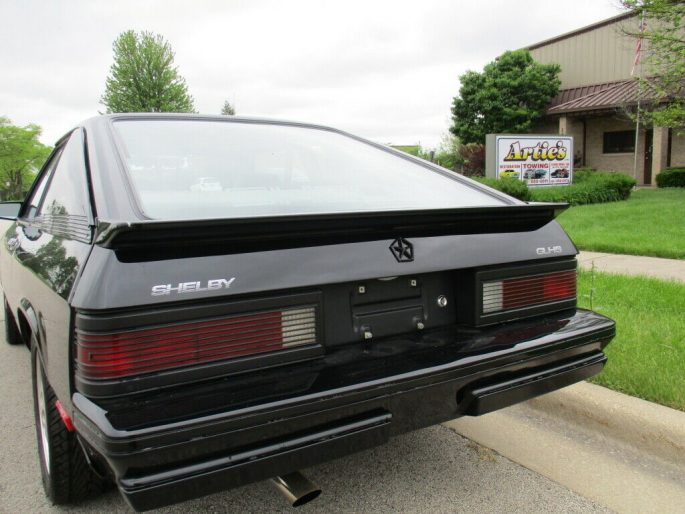 Supercharged All-Wheel Drive 1971 Trans Am? Yes, It's That Bad Ass! If You Dare: Nine-Second Drag Karts Are Real And Are As Rowdy As You Think They Are!