In 1995 Dave McClelland Raced A Pro Stocker For Fun! This Video Is Rad! 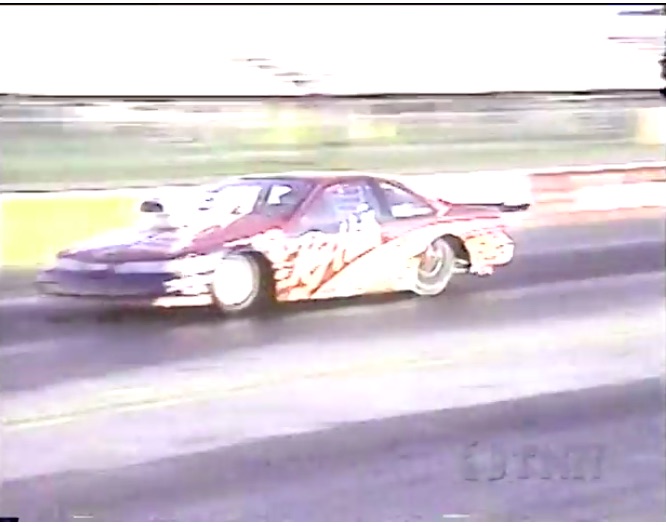 Well color us happy! Most hardcore NHRA drag racing fans know that Dave McClelland has been a racer for most of his life. He competed in his Tuna Tank Fiat altered for years and his kids, like Kevin, are seasoned and accomplished racers as well. The REALLY awesome part here is that Dave McClelland got a pro stock license in the 1990s from Roy Hill’s school but he did not stop there. Nope, he actually raced a freaking pro stock car!

We are not going to give away the results here but just know that Mac is a bad ass and always has been. This dude did not make announcers as drivers look bad and a pro stock car is one of the most finicky, awkward, and touch sensitive cars in the sport of get a hold of. In the video Mac says that he has made about an half dozen rips in the car.

Classic YouTube: This VW Golf Gives A 350Z And A Porsche A Great Lesson In Humility! Seeing This Mini Getting Launched Into The Air Makes Us Think Only One Thing: "That's Gonna Hurt."

3 thoughts on “In 1995 Dave McClelland Raced A Pro Stocker For Fun! This Video Is Rad!”