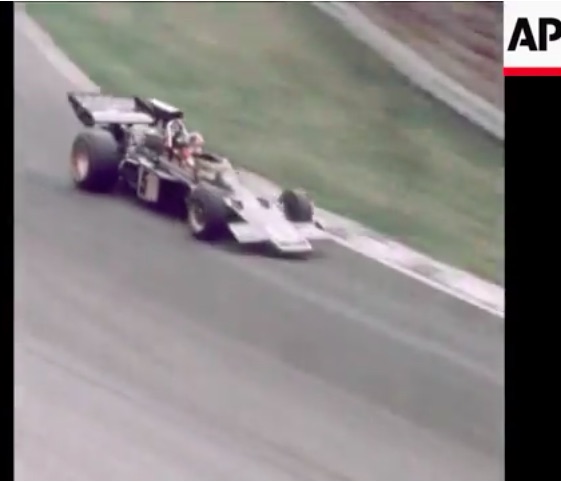 Conceptually, this race was as big a home run as everyone in the conference room the day it was conceived thought. A payout that was unprecedented at the time, rules that were literally wide open, and a race track that was one of the best known in the world meant that the biggest stars from the wide universe of motorsports globally would be there with a massive variety of equipment. The show would be a spectacle and Rothmans tobacco would be at the center of it all.

In basic terms, Rothmans committed 100,000 British pounds in 1972 (the equivalent to $16 million US bucks today) to put on the race to end all races. There were basically no rules as the contest was to be run Formula Libre style. Formula Libre was the fancy pants European way of saying “run what ya brung”. With this money the expectation was that NASCAR teams, Formula One teams, the top sports car racing teams in the world, Trans Am cars, and others would show up to beat each others’ brains in for the massive payout. The first huge problem was scheduling.

The event was run in the heart of the racing season across the world, basically causing teams that were championship level in all of the genres these people were trying to get to immediately disregard it. If the event had been held somewhere or sometime when it was more readily accessible by teams they likely would have participated but the date was the first and most major thing that annihilated this event’s possibility to be as successful as possible.

Then things got worse for Rothmans. Emerson Fittipaldi committed to the race. The good news was that this was a globally premier driver in a Formula One car. The bad news is that this was a Formula One car sponsored by John Players, a leading tobacco brand in direct competition with Rothmans, the sponsor of the race. Initially John Players was skeptical of being involved and Fittipaldi was going to be sponsored by a south American coffee brand. The car was even painted that way. Then word got out that they were basically the only F1 car and John Players decided that they did want to be on the car if for no other reason than to publicly take Rothmans money.

Why were the John Players people so confident? Fittipaldi was taking on a field of Formula 2, Formula 5000, and lesser cars. There was one decent sports car entered, but this was King Kong showing up and taking a swing at the strong man’s game at the county fair. Complete and utter domination. Fittipaldi lapped nearly everyone, got paid, and John Players was beyond happy. Rothmans was not and there’s a simple way to know.

The very first video minimizes Fittipaldi’s video time and you never actually see a full John Players logo. In fact, the narrator mentions his sponsor as being a coffee company! We cannot find a full length video of the race, which is weird because you know Rothmans paid for it. Maybe with the failure of the concept they decides to shelve the film?

Amazingly there was another element of the race that we can find no video of but was recognized as being a closer contest than the main event. The pre-race activity was a celebrity tractor race! Ford gave event organizers like a dozen or so big tractors and the competitors jumped in and hauled as much ass as they could. Fittipaldi did not win that one but the tractor race didn’t pay the big money.

Not surprisingly, this was the one and only Rothmans 50,000 ever held. If they had utilized someone that knew an ounce about racing this could be an event we were all still talking about. Instead it was a glorious failure and a glorious payday for Emerson Fittipaldi!

Below are the two videos we could find about the race, unfortunately no video record seems to exist regarding the tractor event!