The Dragster Hunter: Check Out The Incredible Story Of A 1960s California Dragster That Somehow Ended Up In Tennessee 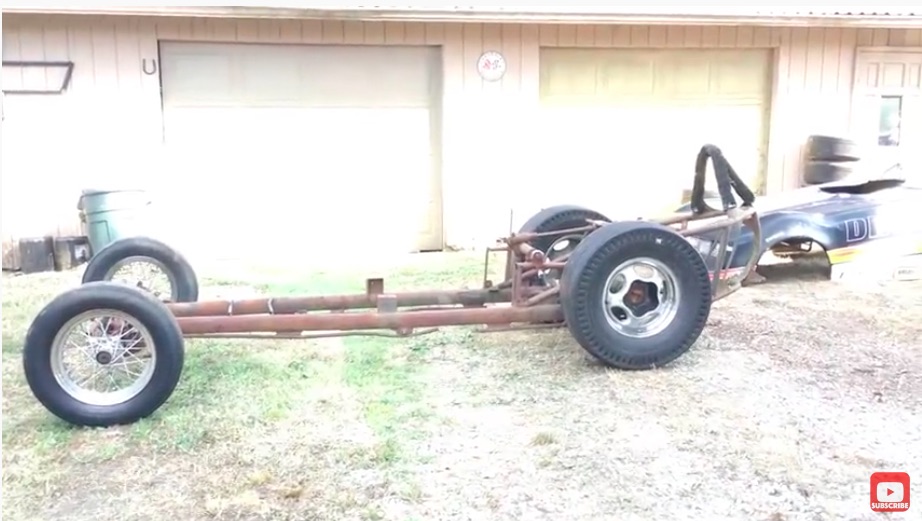 Our pal Tommy Lee Byrd keeps on topping himself. Not only does this guy find the coolest and most interesting deals on all kinds of interesting parts but he is also history obsessed like we are and manages to get the stories behind the stories on the things that he finds. This dragster chassis may be his most impressive work yet.

You are looking at a race car built in the 1950s in California and raced literally all over the place by a Japanese guy named Tets Ishimaru. It competed extensively in California, was run at the NHRA Nationals in the late 1950s has had everything from Chevy inline six to supercharged Lincoln engines in it, and had been covered and profiled in magazines to boot.

The neatest part of the story isn’t the everlasting glory that the car achieved with big race wins, because that’s not what happened. The best part of the story is Tommy’s dogged determination to get to the bottom of who built it, when, why, and who competed in the car. Using a keen eye, the Petersen archives, and hot rodding connections he started with a rusty hunk of tubing and ended up with a complete history of this race car…from nothing.

Great story telling vintage photos, video, and more. This video has something for anyone who loves the history of drag racing and solving a good mystery.

The Mazda MX-30 Combines A Wankel Rotary Engine, Hybrid Technology, and Isn't Trying To Be Normal Beast On A Budget: Watch This 1,000hp Naturally Aspirated Big Block Get Built, Dynoed, and Bogged

3 thoughts on “The Dragster Hunter: Check Out The Incredible Story Of A 1960s California Dragster That Somehow Ended Up In Tennessee”