Chained Fury: Watch This Injected Hemi Gasser Roar On The Dyno – What Type Of Horsepower Do These Cars Make? Watch This 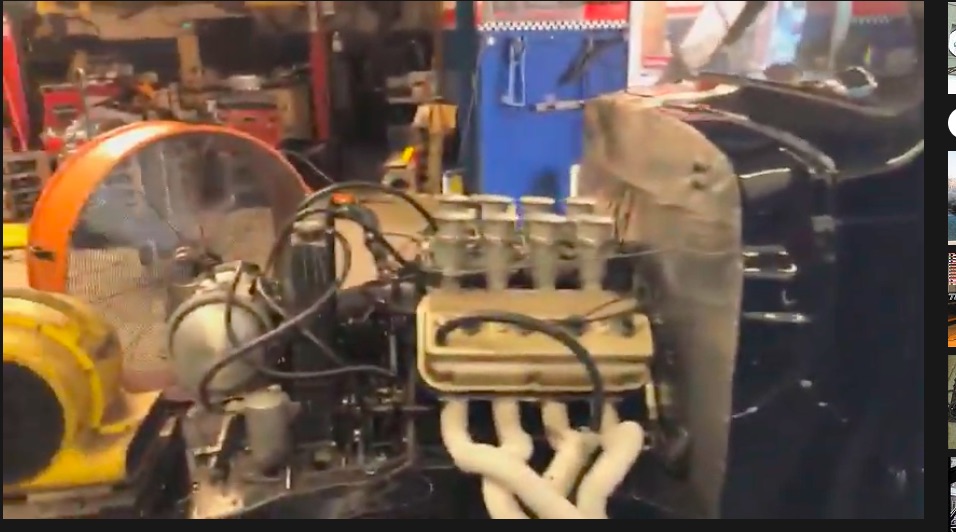 We all know and love the Quan Stott formed and operated Southeast Gassers Association. The cars, the period accuracy, the manual transmissions, and the RPM. All of that stuff is killer and the side by side racing is awesome as well. We know the cars haul ass but how much power is a serious contender making? Well, this is one of the first looks we get on that front as you’re about to watch a competitor with an injected hemi make a rip or two on the chassis dyno to show exactly what kind of power the car is making and hot damn is it a bunch!

This car uses an injected 392 hemi engine and it made a peak of 716hp at the tire with 570 lb-ft of torque. You can hear the car being shifted through the gears before it gets hammered to about 8,000 RPM on high gear to get the number. You’ll see that fiddling with the injection and swapping an MSD box were among the things fixed on the car to get the most performance out of it.

Nick Smithberg’s name is mentioned here and Smithberg is a cool guy who has been featured here on BS before. He is an innovative machinist who has been involved in some of the wildest early hemi engine builds that the world has ever seen and is highly respected in that world. Gene Adams is also mentioned. Adams, a drag racing legend and early hemi guru apparent had some hand in the injection setup for the car as well.

This is an awesome dyno video!

Press play below to see what kind of horsepower cars running the Southeast Gassers make!

Large By Huge Video: This Look At The Biggest Four Cylinder Engines In The World Is Neat! Jackstand Jimmy Installs and Talks Through the Wastegate Merge - How To Twin Turbo, Gate, Merge