It’s The Small, Hate-Filled Ones You Need To Worry About, Like This Mazdaspeed 3!

May 18, 2019Bryan McTaggart1320 Videos, BangShift 1320Comments Off on It’s The Small, Hate-Filled Ones You Need To Worry About, Like This Mazdaspeed 3! 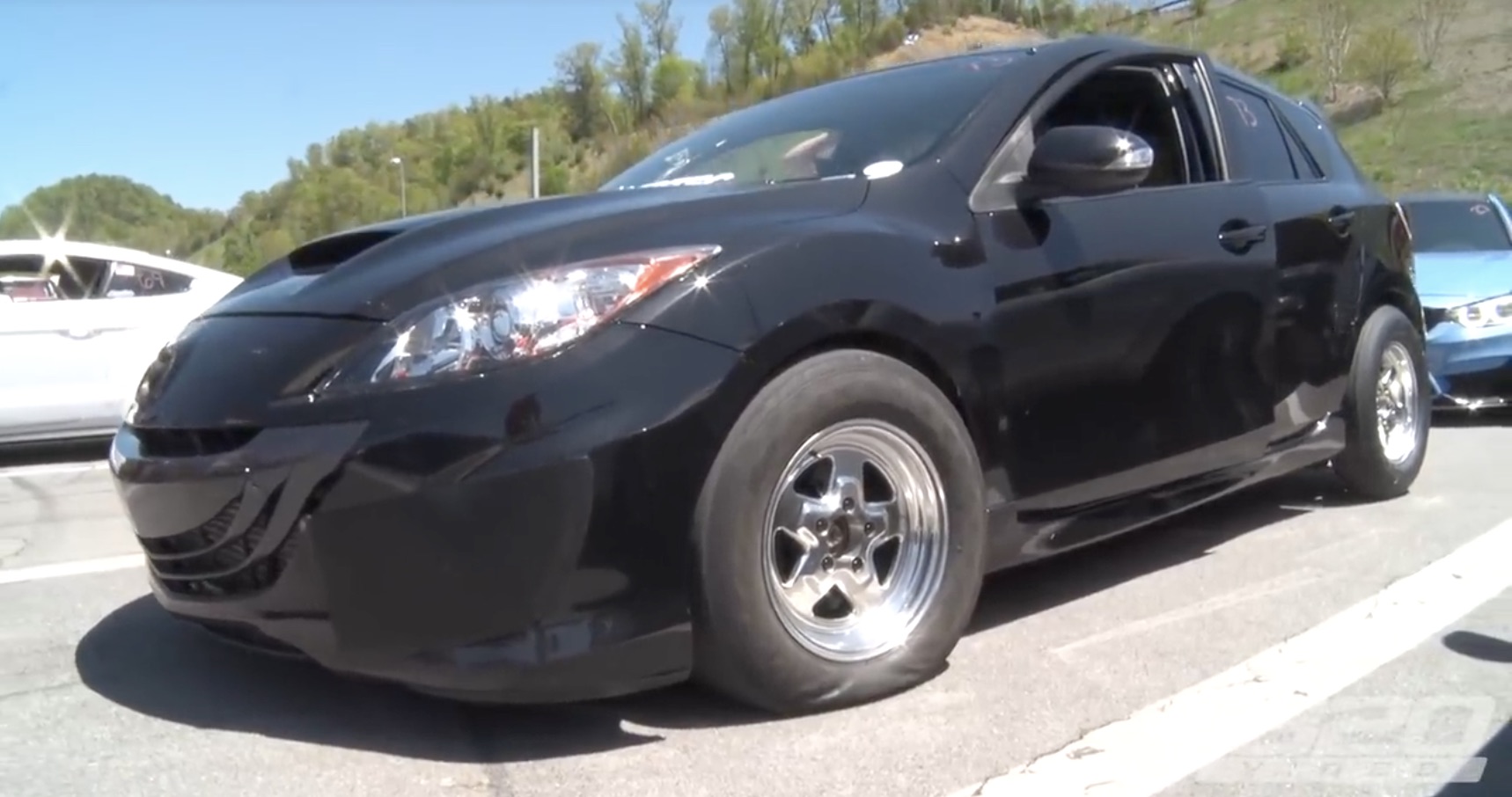 During my early days in the Army, most people drove around beaters…young kids, young kid cars, usually whatever they had been rolling around in during high school. A few had moved up, including myself, though many of us learned that buying a new-to-you car near a military base was somehow more painful than shooting yourself in the foot (again, myself included). But the first brand-new car that any of my peers had purchased came in the form of a black Mazda 3. A guy in my shop made the call when he realized that he was about to become a family man, and when he took delivery he did nothing but rave on and on about the little hatchback for months. The Mazda 3 quickly earned a hot hatch reputation from the moment it hit American shores and whether it’s at autocrosses or at import nights, they’ve got a fan base. Okay, cool…it’s still a Mazda 3.

Then you have people who look at such a car and instead of rolling their eyes, go for broke. This little black jellybean has enough horsepower to screw up someone’s day, night and possibly entire weekend. Pretend, for a moment, you’re the guy in the Supra that gets absolutely and utterly spanked by a Mazdaspeed 3…what do you tell everyone back in the pits? “Sorry, guys, I didn’t know it was that fast!” Yeah, no kidding there, Sherlock, nobody would’ve guessed at the 775 horsepower power figures or the ability of the driver to rein in all of those horses for some solid runs down the track. “Fast is fast, period”, I always say. And this evil little bit of kit is unbelievably fast.

Diving In Deep: The First Installment Of Converting An Old School Bus Into A Luxurious Car Hauler! eBay Find: A 1977 Oldsmobile 442 That Was Trying To Keep The Muscle Spirit Alive