Diving In Deep: The First Installment Of Converting An Old School Bus Into A Luxurious Car Hauler! 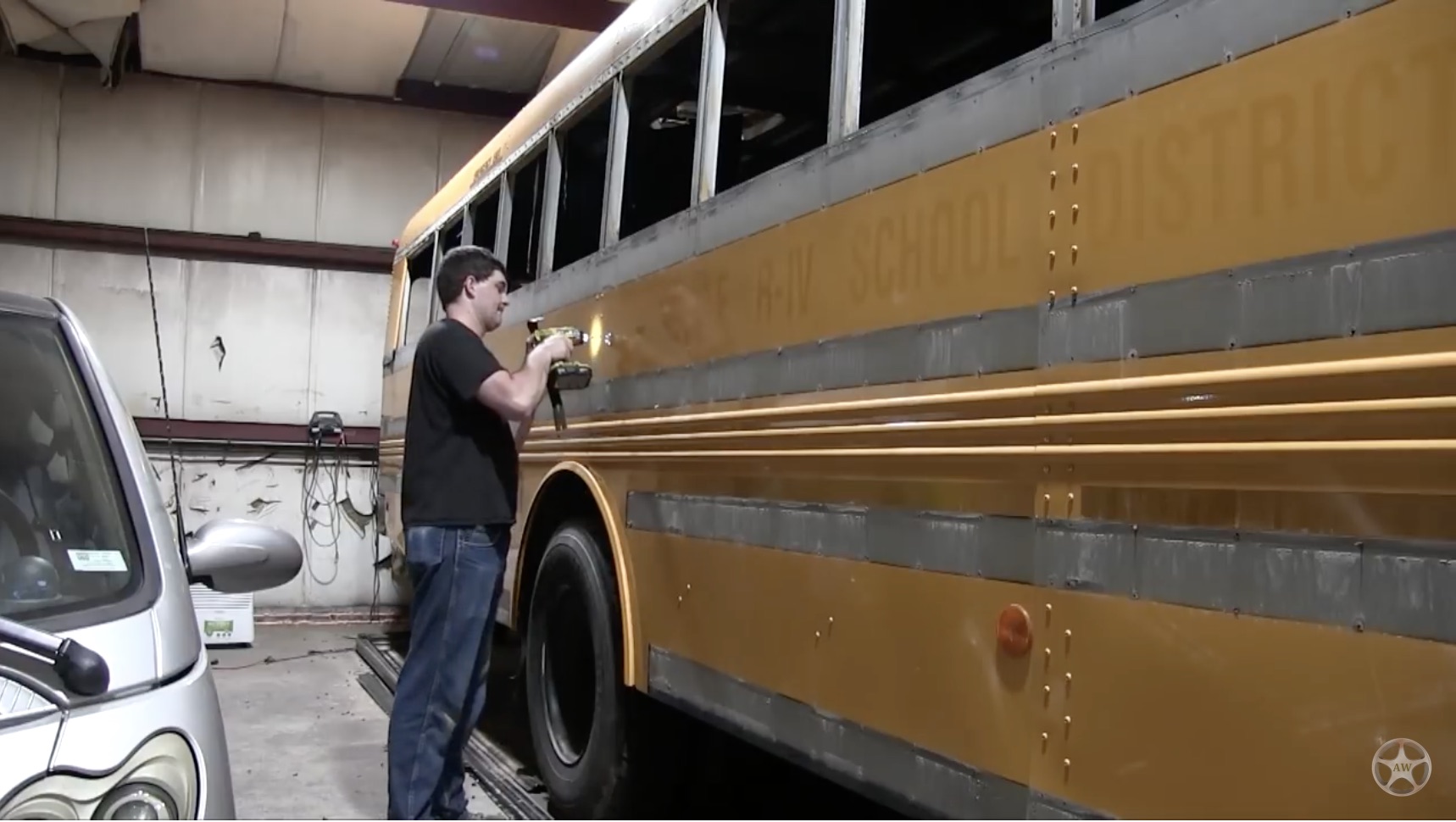 I’ve always wanted to do something with a school bus. I think it’d be cool…a rolling RV conversion project, BangShift Mobile Command Center, my bug-out project vehicle, all easily built on a cheap, recently out-0f-commission school bus. I’ve admitted to my enjoyment of older Crowns and Gilligs in prior posts, but most modern transit-style buses look more like this 2005 Thomas Saf-T-Liner than the old “twinkie”-style buses that I rode to and from school in the 1990s. They are the most literal rolling bricks on the planet, a mixture of Thomas parts and items cribbed from Freightliner, powered by Cummins engines. Sex appeal does not exist, and neither does comfort for anybody past the driver’s throne. But for this bus, there won’t be much of a “back” left once this guy’s done.

The plan sounds something like this: the first ten feet or so will remain in a bus shape, but will be kitted out with RV luxuries, sleeping room for two, and a full shower/bath underneath a raised roofline. Past that point, and it’s a car hauler…a straight up flat bed car hauler. All those seats that held small, loud sticky creatures called children? Gone into the bin. All of the windows that we weren’t supposed to open up? Gone. The half a million screws that Thomas prayed would hold everything together? Each and every one of those bad boys is going to come out.

Part of us really digs the fact that this guy has the balls to take on such a project. The other part of us wishes him well from the other side of the fence. We’ll say a prayer for your cordless, bro.

Morning Symphony: Controlled Australian Chaos At Powercruise It's The Small, Hate-Filled Ones You Need To Worry About, Like This Mazdaspeed 3!

3 thoughts on “Diving In Deep: The First Installment Of Converting An Old School Bus Into A Luxurious Car Hauler!”