(By Greg Burrow) – With what could almost be a bracket car, Jason Harris hurt a lot of feelings in winning the September edition of Piedmont Dragway’s Big Dog Shootout, presented by Super Clean.  This is all true however,there are new cars coming and the first one to appear almost spoiled the Harris’ team’s party. Let’s look at how it all came down, beginning with qualifying.

With $100 from each M&M Transmissions and Lee’s Collision, the number one qualifier had even more to shoot for. First round of qualifying held few surprises with familiar names in the top spots. That is, all except one name familiar to fans and racers from past seasons when he was an event winner on multiple occasions. That driver is Matt Giangrande, back in a car he originally owned, sold and is now owned by partner Barry Mitchell. With a brand new Fulton powerplant, backed up by a brand new Mark Micke transmission, Matt and Barry only wanted to make some laps in the new combo. No surprised here as Matt skillfully went 4.11 at 178 in round one with others including Cam Clark at 4.08, Danny Perry at 4.09, Brian Shrader at 4.11, Travis  Harvey at 4.08 and Mike Graham at 4.08. Oh yes, Jason Harris at 3.99 at 183, in the heat.

Continuing to perform like a bracket racer, Harris went 3.966 at 185 in round 2, with Giangrande improving to a 4.062. Others included Bubba Turner getting in the show at a 4.13. After opening ceremonies that included the now famous chip draw, the Wine team proceeded to run a 3.975 to defeat Cam Clark. First round results gave us the following  in the semis with Giangrande using a 4.09 to defeat a crossed up Travis Harvey while Harris ran a 5.953 at 185 to defeat Robbie Keziah.

The finals was a good one as Matt Giangrande left on Jason Harris resulting in a 3.96 at 184 to defeat the Keziah/Giangrande team in their debut after they ran a 4.04 at 181. Neither car required much attention between rounds and were both on a rail during eliminations. The win gave the Harris/Wine team the points title and someone got a real gem as the powerplant from this car has been sold awaiting a new billet 782 being prepared by Billy Albert.  A total of eleven cars were on the property to try to qualify for the highly competitive eight car field with the Giangrande entry the only new one, so far. Others to come by the end of the season include the much anticipated entry of Chris Rini, with power by Charlie Buck and owned by Bryant Mariner. Also to come are the cars of Tim Lawrence, Andy Beal, and Charles Terrell.

The weather in August resulted in the whole month being an off month for the Big Dog Cars so an event will be schedule for October with the finals in November. STAY TUNED.

As has been the case this season, the staff and management would like to thank the fans for staying true to the track, known as the “DoorSlammer Capital of the World” where the Big Dog is presented by Super Clean, with #1 qualifier receiving $100 from both M&M Transmissions and Lee’s Collision.

Also in competition were the OReilly Outlaw Door Slammers with Brian Crumpler driving a 5 year father and son project to what will definitely be the first of many wins. The car uses power by the Bobby Warren family and is a beauty. Performance Tees sponsored 6.00 class was won by Todd Comer in his roadster. And finally the 7.49 Deep Creek Motors, Rico’s Real Street was won by former drag boat racer, Brian Welch in his first drag race on pavement. See you all next month. 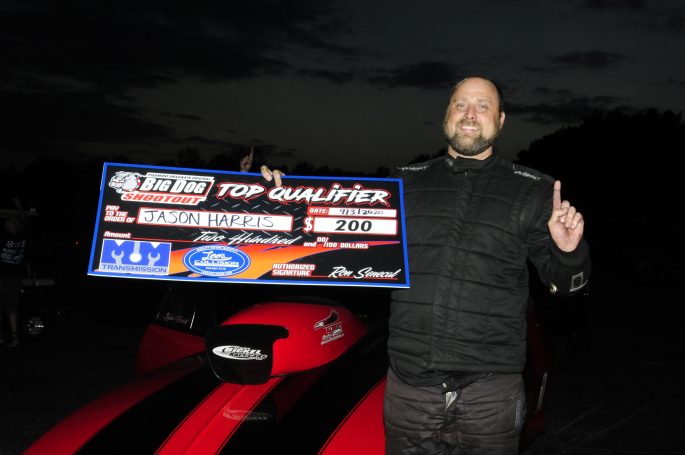 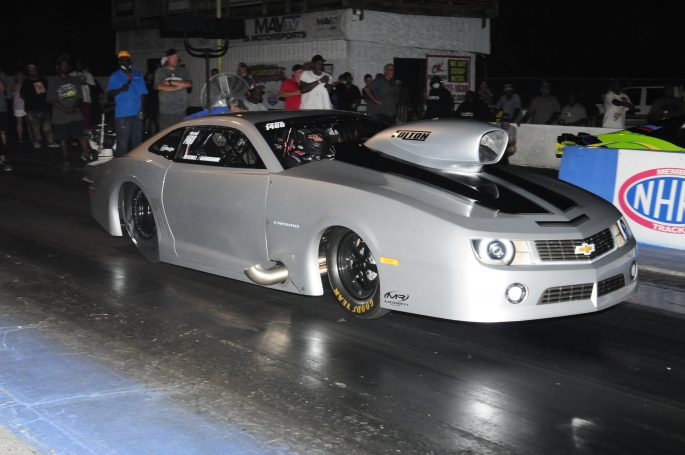 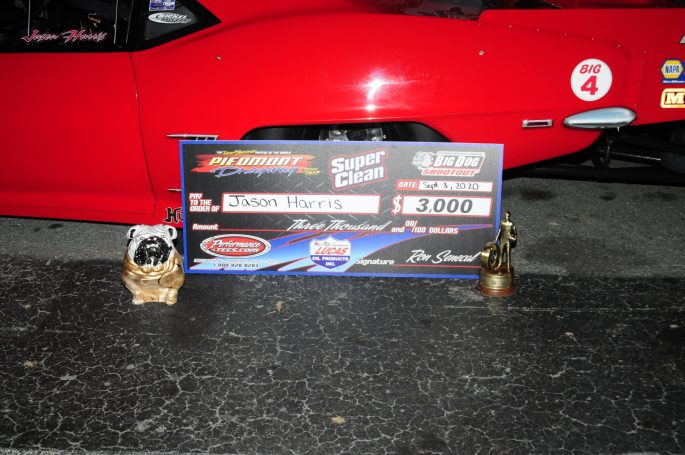 WideBody With Slim Performance? Dodge Now Offering The Widebody Look On Many Challenger Models Crank Up The Speakers: Watching and Listening To This Allard J2R At Goodwood In 1999 Is So Awesome - Cadillac Power!