A Pair of Pro Mod Wild Rides From Indy: Kris Thorne and Steve Matusek Walked Away From Insane Crashes 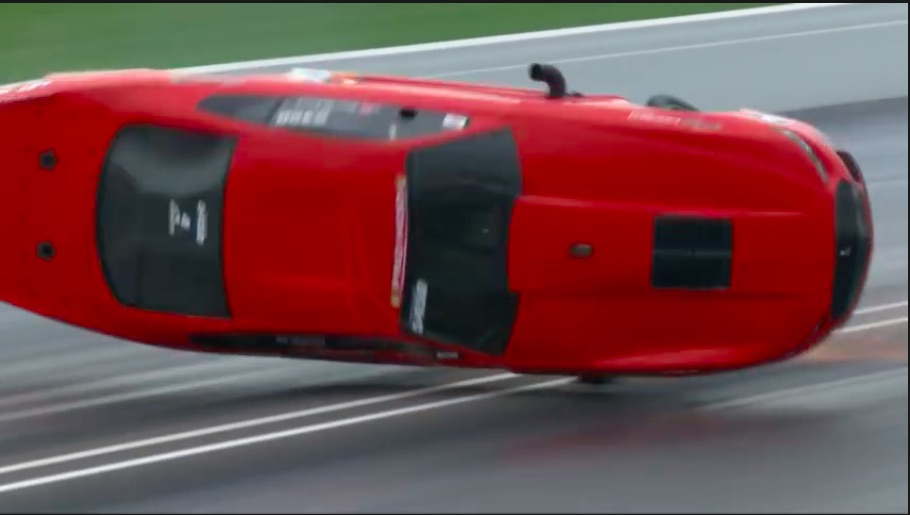 The 66th running of the Denso Spark Plugs NHRA US Nationals was full of the same crazy stories, awesome runs, and big time performances that the race has delivered through its storied history. In the case of the pro modified class, two wild crashes defined the first round of competition on Sunday. Kris Thorne and Steve Matusek were the drivers involved in these incidents and we’re happy to say that both of them walked away.

What’s weirdly interesting here is that the two crashes took out the only two turbocharged cars in the field at the US Nationals. So many of the turbo racers have switched to the ProCharger setup that it has left that power adder with a small cadre of competitors still using them. Matusk and Thorne are the shining stars in that performance camp and they both had very tough experiences in the first round.

Thorne’s run was better than OK, it was spectacular, taking out the legendary Jason Scruggs. It was in the shut down area when the parachute did not deploy properly at nearly 260mph that things got really bad. The car begins bouncing and rockets across the track, hammers the wall, turns over and slides into the sand trap before rolling another time or two and landing on its wheels. Nasty stuff. He was OK.

Matusek’s crazy was actually on the racing surface. His car pushed hard to the center and in the process of correcting its path the slip angle of the body became such that the air began to catch it and then rotate it to the point where it basically flew upside down before hitting the track. Unlike Thorne’s car, Matusek’s never got back on the wheels. He climbed out under his own power as well.

It all happens very fast in this 250mph door slammer club!

Crank Up The Speakers: Watching and Listening To This Allard J2R At Goodwood In 1999 Is So Awesome - Cadillac Power! Aging Gracefully: This 1989 Profile On The L98 Powered C4 Corvette Is Awesome - They're Growing On Us!