Aging Gracefully: This 1989 Profile On The L98 Powered C4 Corvette Is Awesome – They’re Growing On Us! 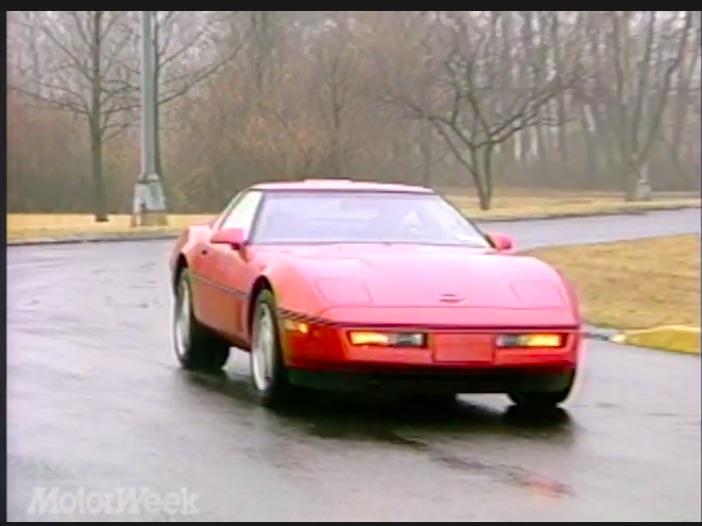 It can likely be argued that the nadir of the C4 Corvette’s existence came when Roadkill, before it was even called that, took one of the cars which was deemed virtually worthless, and cut it up with a sawzall for fun. The cars had hit that point in their cycle of existence that they had no value and are basically a rolling joke. As these things go, that part of the cycle is long one and the C4 Corvette is making a legit comeback in the hearts and minds of car loving people everywhere. Watching this 1989 profile of the L98 powered C4 gives us all the reasons why. The cars are decent looking, decent performing, and as of this moment are still damned cheap for pretty clean versions.

It’s interesting that they called this the Corvette L98. As any good dork knows, the L98 designation was for the 350 engine not so much the model of car but we think they did it as to not have people confuse this car with the ZR1 which was making big headlines at the time.

Heck this thing nearly runs 13s on the untreated pavement they were making runs on, handles awesome, and while it has that junk ass interior, the clean design of the exterior is an off-setting weight to it.

The C4 Corvette is not the joke that it was made out to be for a bunch of years. Faults? It has many, but for the money right now, it’s tough to think about a car you can jump in for virtually nothing and have high level fun with. Excuse us, we need to shop now.

5 thoughts on “Aging Gracefully: This 1989 Profile On The L98 Powered C4 Corvette Is Awesome – They’re Growing On Us!”