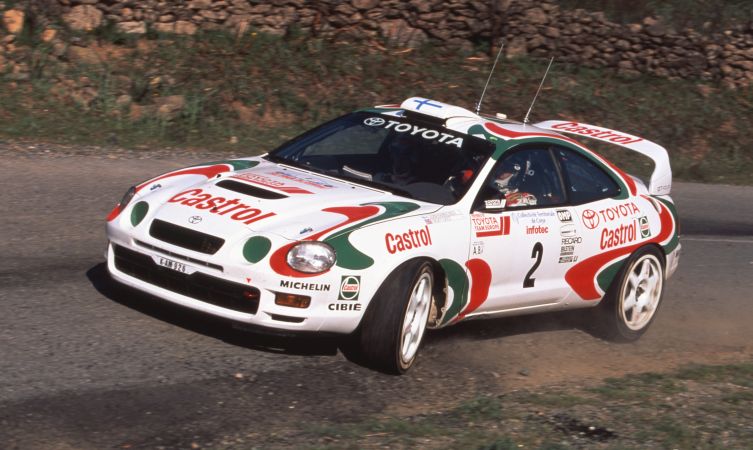 Before the Subaru vs. Mitsubishi rivalry that kicked up in the later 1990s, there was another big player in the game: Toyota’s Celica GT-Four. The Celica had seen rally duty since the early 1970s, but with the advent of a four-wheel-drive model, Toyota’s Group A racing efforts began paying dividends, bringing home two manufacturers’ titles and four drivers’ titles. But in 1995, it was discovered that the Toyota Team Europe (TTE) Celica GT-Four was running one of the most innovative cheating devices ever seen by the Fédération Internationale de l’Automobile (FIA) and TTE was subsequently banned for the remainder of the 1995 season and the entire 1996 season. What was found by inspectors, and why was it such a grievous offense?

World Rally Championship racing still had the dark side of Group B racing fresh in their minds during this point in time. Three fans had been killed and thirty-one injured in an accident involving a Ford RS200 at the Portuguese Rally in 1986, and Henri Toivonen and Sergio Cresto had been killed when their Lancia Delta S4 had plunged off of the side of a cliff at the Tour de Corsa later that year. The FIA had shut down Group B and had decided that the performance of the race cars and the speeds which they could attain was too much, too soon, and that the cars weren’t safe enough for competition and were intent that the replacement category, Group A, would be reined in. By keeping the Group A cars to a 300 BHP limit, the FIA had hoped to keep the cars right on the balance of fast and safe. 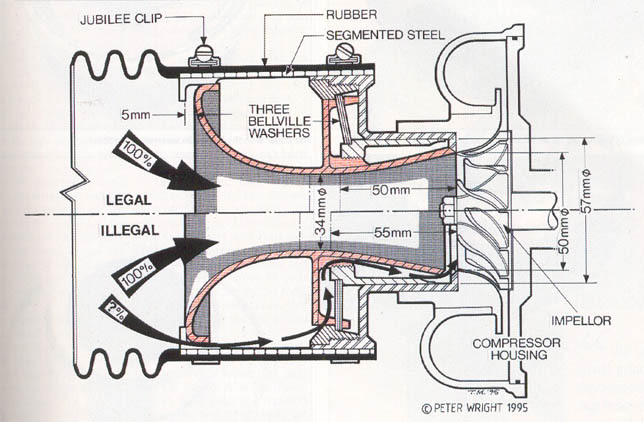 Discovered at the 1995 Rally Catalunya, the device was almost impossible to detect. FIA President Max Mosely described the turbocharger’s design as “…the most ingenious thing I have seen in 30 years of motorsport.” But how did it work? A flange within the turbocharger’s FIA-mandated restrictor plate had been modified to incorporate a hidden bypass device that was held open against a strong spring, and the hose that connected the restrictor to the turbocharger had a metal casing which had been fitted with catches that could force open the bypass flange device five millimeters. This allowed air that wasn’t being choked off by the restrictor to enter the engine and moved the restricter further away from the turbocharger.

But the genius part of the cheat was that it was exceedingly difficult to find. As Mosely pointed out, “When the system was dismantled, the flange would automatically close itself and remove evidence that extra air could have entered engine. This system not only allowed extra air which did not pass through the restrictor to enter the engine, but also the restrictor itself could illegally be moved further from the turbo. The hose was fixed to the restrictor by a jubilee clip. A special tool was then applied to open the device and then the device then gripped in the open position by a second clip. Both of these clips had to be undone for a scrutineer to check the restrictor and in the process of opening those clips the device snapped shut. Inside it was beautifully made. The springs inside the hose had been polished and machined so not to impede the air which passed through. To force the springs open without the special tool would require substantial force. It is the most sophisticated and ingenious device either I or the FIA’s technical experts have seen for a long-time. It was so well made that there was no gap apparent to suggest there was any means of opening it.” Estimates from the FIA inspectors suggested that the turbocharger was allowing 25% more air than it should have, providing the GT-Four with a 50 BHP bump in power.

After the device had been discovered, a meeting of the FIA’s World Council was held in Paris. Toyota themselves were represented, but claimed that TTE, not Toyota, was responsible for the illegal modifications and would not accept responsibility. The FIA stripped Toyota and all Toyota drivers of the points they had earned that year up to that point, banned Toyota from racing until the 1996 RAC Rally, and authorized the drivers to race for other teams to make up points. The Celica was done, for sure by 1997 with the disbanding of Group A rally and the introduction of the World Rally Car rules. Toyota switched to the Corolla WRC for the 1997 season and ran through 1999 before Toyota left rally racing to prepare for an entry into Formula 1. 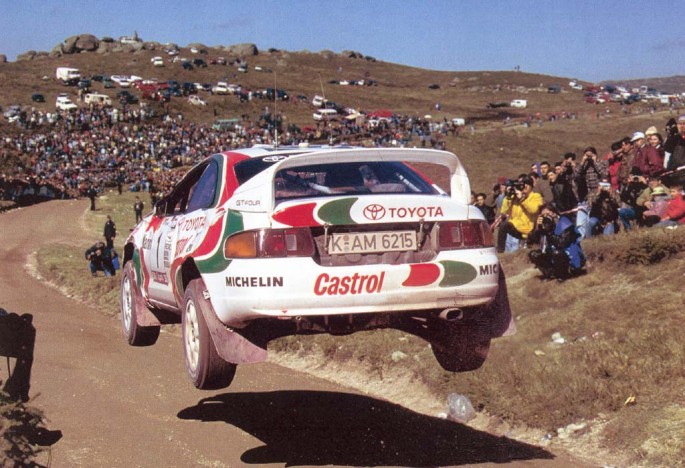 Aging Gracefully: This 1989 Profile On The L98 Powered C4 Corvette Is Awesome - They're Growing On Us! Fire In The Hole: Check Out How To Start A Field Marshall Tractor Using A Twelve-Gauge Shotgun Shell!