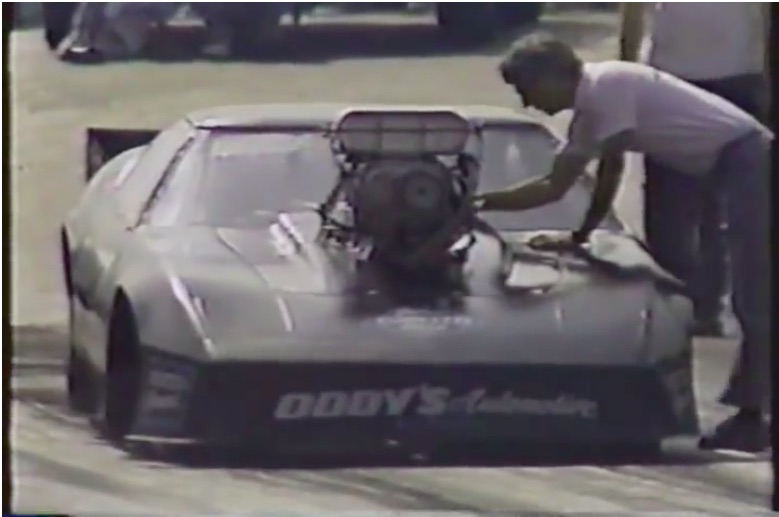 This weekend the biggest names in pro modified drag racing will be at Thunder Valley, competing on the historic surface at Bristol Dragway for NHRA Wally. Back in 1990 the pro mod class was brand new and it attracted a magical lineup of names from drag racing’s past and the sport’s future like moths to a flame. This fairly short clip from the 1990 IHRA Fall Nationals shows the quarter final round and boy is this one hell of an all-star team.

From the (then) controversial supercharged of Jim Oddy and Freddie Hahn to the nitrous Willys of Scotty Cannon, Ronnie Sox, Blake Wiggins, Tim McAmis, Mike Ashley, Brian Gahm, and the broken car of Killer Brooks, all of the racers would or had made names for themselves in the sport of drag racing. The track at Bristol is tough stuff and it was tough stuff even when the cars were running 7.0-seconds as opposed to the 5.80s of today.

There are things we miss about these cars and one of them is the Lenco levers coming up through the floor and the complete lack of driver aids that were used back then. Everyone had a clutch, everyone had to shift their own gears, and everyone was just trying to hang onto cars that had far too little chassis technology and far too much horsepower for the era.

For us, this video is proof that close racing is always awesome, no matter the elapsed time. These cars would likely not qualify for a top sportsman show today but who cares?! The huge wings, the thundering engines, it’s all magic to us.

Listen Up: NHRA Insider Podcast With Antron Brown, Stevie Fast Jackson, and Tony Pedregon Money No Object: Kind Of Want A Root Beer After Looking At This 1979 Chevrolet Camaro Z28