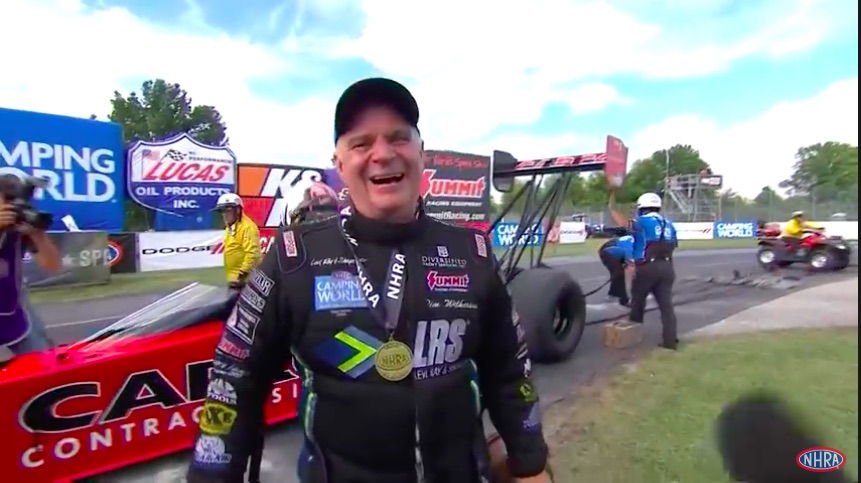 It is a place that seems to take more than it gives each year. It takes hopes and dreams, aspirations, visions, and desires, blends them up, and for most people, dumps them in the gutter. But for a select few, Lucas Oil Raceway Indianapolis is heavenly during the NHRA US Nationals. The four people who love it more than ever right now are Steve Torrence, Tim Wilkerson, Erica Enders, and Eddie Krawiec. They succeeded in taking on all comers and winning this year.

More than 850 racers piled into the grounds of the drag strip this week and between the Hemi Challenge, the Jeg’s All-Stars, categories like the Constant Aviation Factory Stock Showdown, and others, it was incredibly memorable. Incidents were kept to a minimum and performance was definitely the maximum driver.

After one session of qualifying on Friday and a Saturday that was completely washed out, NHRA racers went into Sunday eliminations with excitement and trepidation. The right lane of the track was seemingly impossible to traverse but for a select few. The NHRA safety safari worked all day on the track, at one point scraping the first 330′ in both lanes to try and reverse the effects of the previous day’s deluge. By the end of the day the right lane was holding onto championship runs.

Here’s the final round trophy runs in the Camping World categories below!

Check out the victory videos below. All four professional final rounds from Indy –

Mercedes-Benz Chooses Electrons Over V8s: The Horsepower Did Not Leave The Building, It Just Got Quieter An Amazing Tale: The Story Of The Rotodyne, The Vertical Take Off Airliner That Almost Made It (Video)