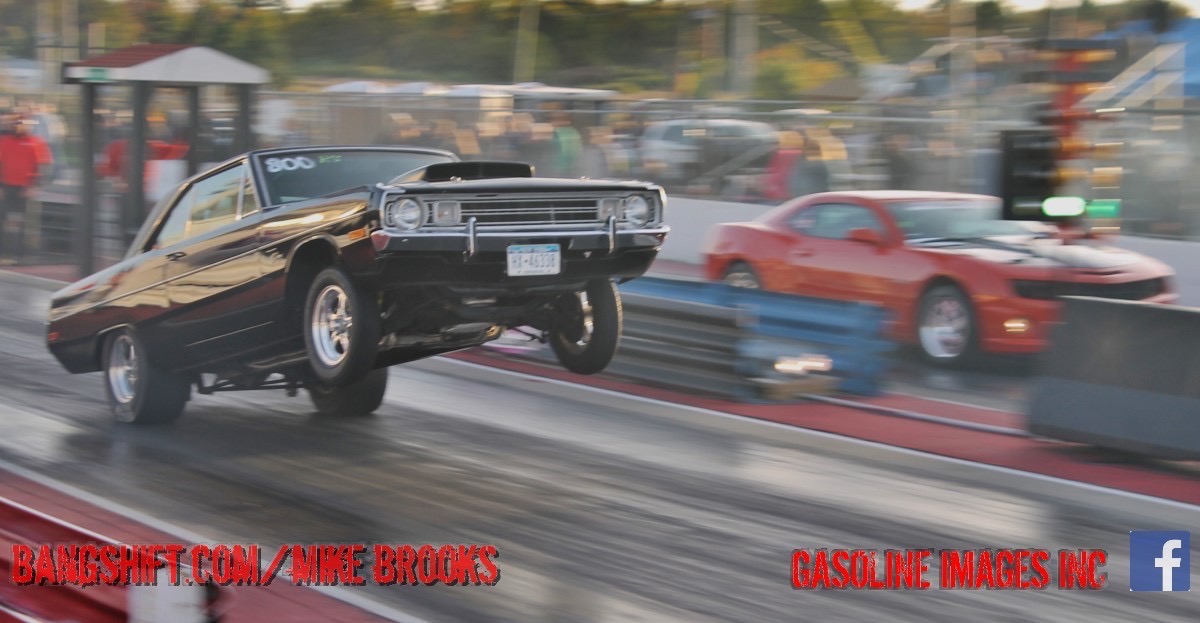 (Photos by Mike Brooks) – From a photographer’s point of view, Lancaster Dragway in New York is not the easiest place to operate. You are limited on the areas of access because of the place’s unique layout and when the light starts to wane there’s not a lot you are going to accomplish. That’s why we’re super appreciative of these Mike Brooks images that he took during the event on Saturday. He worked his ass off from the crack of dawn right into the night to get the images we have been showing you for the last four days. This collection is made up of the pro mod, small tire, and some bonus images including a couple of a 1968 front engine dragster built by John Buttera and Dennis Rolaine, powered by an injected 1957 Chrysler Hemi, and running on 90%+ nitro. THAT thing was a fun addition to the program.

It is impossible to characterize the pro mod show as less than a struggle because it was. That does not mean that the thing lacked for entertainment value because it absolutely did not. Just because the racers were not laying down record elapsed times, they were driving their asses off, wrestling cars down the eighth mile on runs others would have abandoned earlier.

It was a crazy show the likes of which they will be talking about at Lancaster for some years to come. We were there, we saw it, and we’ll be doing the same damned thing.

Click on the images below to enlarge them and then scroll –

An American In Japan: A 1970 Plymouth Barracuda That Is An Exercise In "Less Is More" Drag Coverage: Southeastern Radial Wars Action From Brainerd Optimist Drag Strip