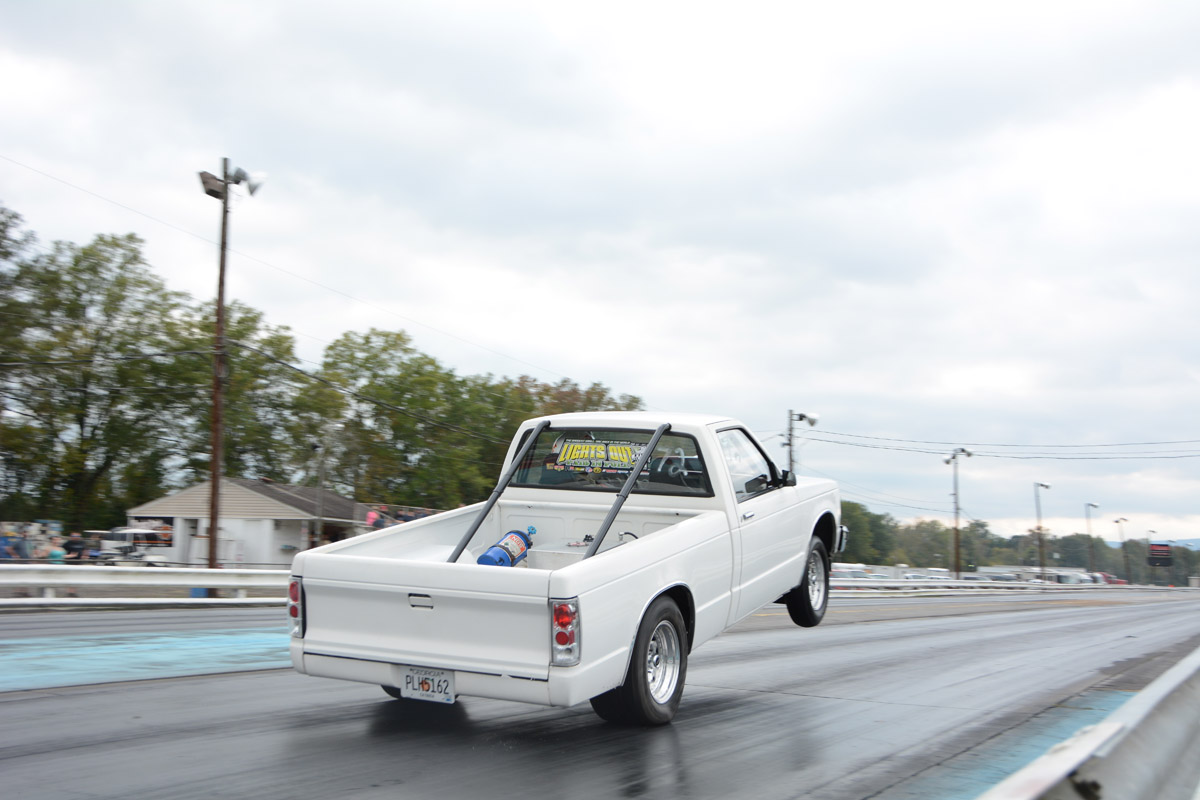 (Words and photos by Tommy Lee Byrd) – If you rewind the clock about 20 years, the whole “outlaw” street car thing was really starting to take off. It was packing the stands, and carving out a new niche in the drag racing world. One of the first tracks to offer a big payout (at least in the South) was Brainerd Optimist Drag Strip, located in Ringgold, Georgia, just south of Chattanooga, Tennessee. The track is still going strong, and thanks to a few hard-working souls, it has a revived interest in fast street cars. And while the term “street car” may be a bit of a stretch, the Southeast Radial Wars event series is putting 275 drag radials to the test.

Brainerd has been running drag radial races for the past couple of years, but now has a new leader who wants to grow the series. For 2016, it will be a monthly heads up race, featuring at least three heads up drag radial classes, and a couple of index classes thrown in the mix as well. For the October 2015 race, we saw action from 275 Outlaw, 275 Cheap Street and 275 Factory Street classes, as well as 5.50, 6.0 and 7.0 eighth-mile index classes.

The beauty of the rules package is that they apply to the big guys, but still give some of the legitimate street car guys a chance. One of our favorite combinations was Rick Wetherbee’s outrageous twin turbo Impala SS, which lost in the finals of 275 Outlaw, to none other than Shane Stack and his turbocharged Monte Carlo. Another killer setup was Tony Phillips’ Toyota Supra—this thing is just angry and absolutely shocked everyone with a 5.14 pass in the finals. As with any small tire race, there were a couple of mishaps. Marcus Wooden smacked the wall in his Cheap Street-prepared Chevy II in the semi finals, and Shane Martin had a terrifying crash behind the wheel of his turbocharged Mustang in qualifying. Despite skidding across the top of the guardrail, the car stayed right side up. Shane was uninjured, and the car can be repaired.

It was a wild day (and night) of action at historic Brainerd Optimist Drag Strip, and we’re excited about the 2016 already. Check out Tommy Lee Byrd’s gallery of action photos from the October 2015 Southeast Radial Wars event!