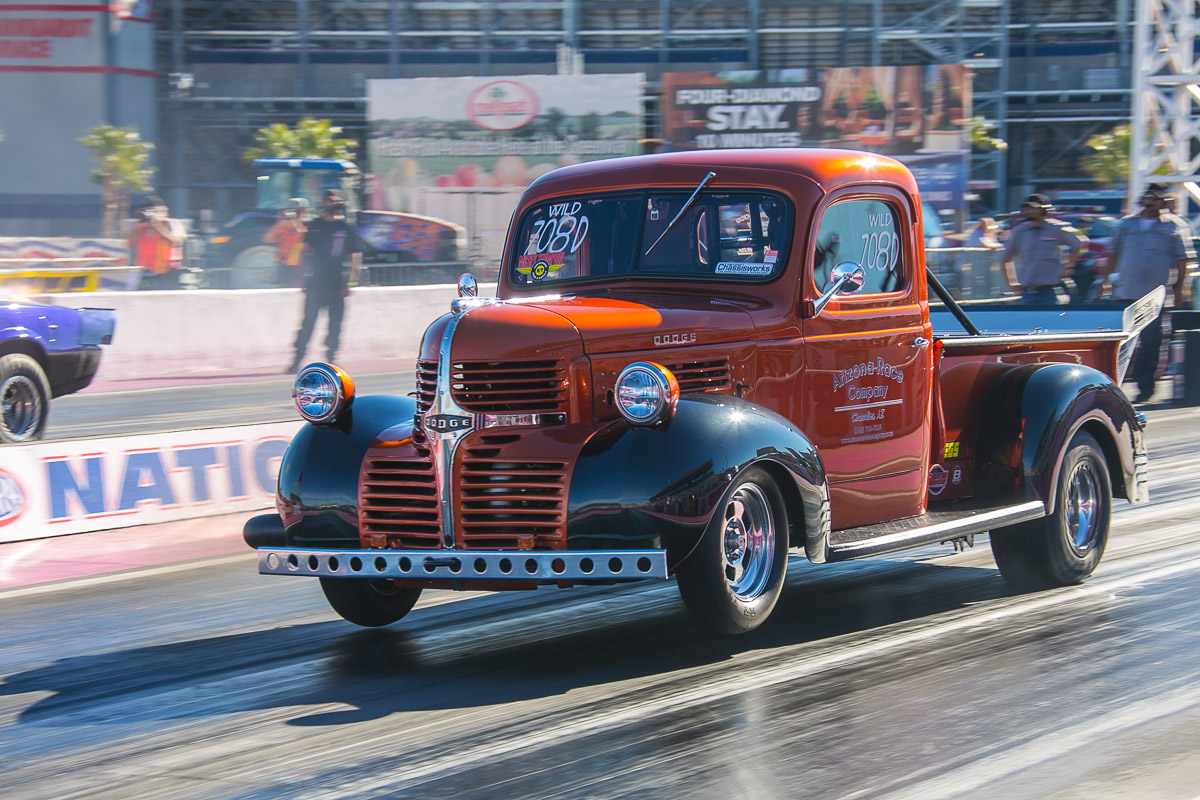 We have finally made it to the end of our landslide of photos from the 2015 Jegs PSCA Street Car Super Nationals presented by Chris Alston’s Chassisworks. It is an appropriate day to run out of photos as well because it was technically one week ago on Monday when this thing got done. I’ll pass a story along not for sympathy but for your entertainment.

When Chad and I got the scaffolding taken down and loaded into the trailer it was about 2:00am. We went back to our hotel and I had a decision to make. Did I take about an hour of sleep or open door #2. I chose door #2 mainly because of spite. I had wanted to eat a decent dinner since Thursday and it kept eluding me but on Monday morning it would not. I hopped in the shower, packed my bags and headed to the world famous Peppermill diner in Las Vegas which is open with its full menu 24 hours a day. People, I ordered a ribeye steak at 3am and scarfed that thing down like it was the last meal I would ever eat.

Now, I did nearly fall asleep at the wheel on the way to the airport, but I made it alive and climbed on the plane for home as beat as I have ever been in my life. The payoff? The largest audience we have ever had watch anything on BangShift. It was insane. You are all as mental as we are and that’s what makes this so great. Thanks!

It's Over: Aviation Industry Dead In California With Close Of Boeing C-17 Production The Coolest Crew Cab In America Is For Sale: This 1966 C60 Truck Is Amazing