It’s Over: Aviation Industry Dead In California With Close Of Boeing C-17 Production 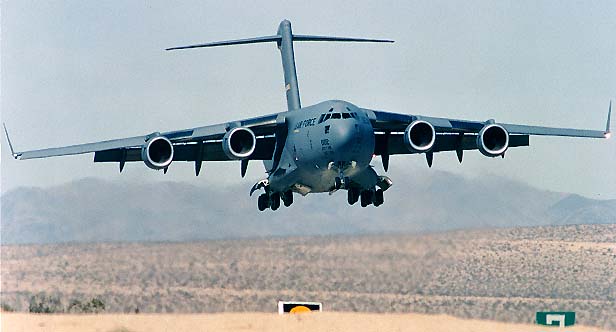 There was a time when it was weird a plane someone was flying on wasn’t built in California, such is no longer the case. After being a massive producer of airplanes and massive driver of the aviation industry, California is officially out of the commercial and military airplane building business with the last Boeing C-17 flying away from the Long Beach facility yesterday. Companies like Douglas, Lockheed, and more were based there. When tensions were highest during the cold war 15 of the 25 biggest aviation companies in America were located in California. Oh how times have changed. Boeing was down to 400 employees at the Long Beach facility when the last plane left. Yes, they maintain employees in the state but those are not the employees assembling planes. Sad stuff.

Back in the late 1980s, one in four jobs in aerospace was based in California. By the mid-1990s with governmental cut backs on military spending, California’s flying heart got ripped out of its chest while still beating. The loss of lots of good paying jobs actually caused SoCal to suffer longer during the recession years of the 1990s and those jobs never came back. The C-17 was one of the few bright spots in an otherwise bleak situation but with the end of that program with nearly 250 aircraft in the service of the USA and many hundreds more sold around the world, there is but a flicker of life left.

Boeing is still a global leader in all forms of aviation and the US continues to be an innovator in the field but in many ways it has now completely abandoned a place that was for all intents and purposes its ancestral home. Yes, Kitty Hawk was first but when the industry was cranking during its salad years, Southern California was the place where the ideas, the products, and the innovation were happening.

Sadly, there were probably glasses clinking in celebration somewhere in California with the knowledge that this era had ended. We’ll stop there.

Top 11: The "Money Is No Object" List - Answering The Favorite Question Of Non-Gearheads Everywhere! Last Action Heroes: Our Final Blast Of Photos From The 2015 PSCA Street Car Super Nationals

6 thoughts on “It’s Over: Aviation Industry Dead In California With Close Of Boeing C-17 Production”