Lemons Out Of Lemonade: The Origin Behind The Motion Raceworks’ “Motion Marquis”! 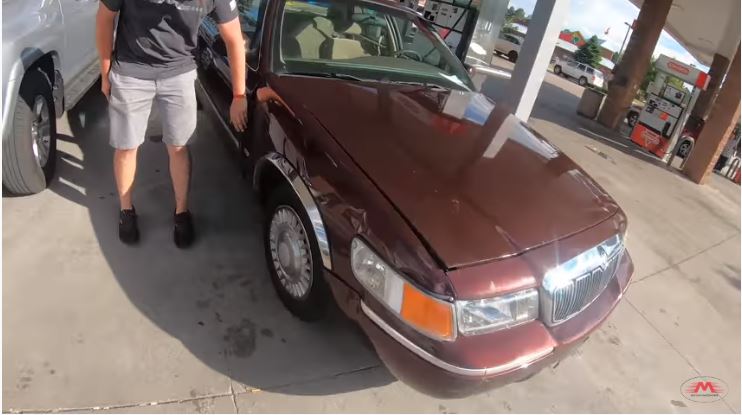 First of all, it has to be said: Motion Raceworks is one of the sponsors who stepped up to make the 2020 Rocky Mountain Race Week livestream happen. We have to always highlight that, because it’s the reason why we’re out on the road right now, bringing you the action from each track. And they’re out here with everyone else having fun. But they’re having a different kind of fun than they were expecting to have. Originally, they had a wicked little Nova that was supposed to be making passes. They were all ready to rock and make noise. But they noticed some oil, then they noticed some glitter when they drained the oil to fix the initial problem. The Nova was a non-starter and that’s a kick right in the kiddies…they were in Denver, ready to go, and the race car is dead and back in the trailer. Well, (insert expletive of choice here), now what?

If there isn’t some kind of award for what was done next, there needs to be. Instead of sitting dejected or just catching rides and trying to make the best of it, they went out and scored a cheap-beater Mercury Grand Marquis to run race week with. The full plan? It’s time to pump Grandma’s grocery-getter with all sorts of performance-enhancing chemicals and other goodies. How do you make a fat-assed Mercury run 14s? Well, keep watching the live feeds and we’ll see if they meet that number…or if the 4.6 launches a piston into FAA-restricted airspace.

The Ember: This 1974 Pontiac GTO Showed What Could've Been If They Had Stayed The Course Rough Start "Tour Of Temptation": 1999 Mitsubishi 3000GT