Historical Drag Racing Video: Mario Andretti Drag Racing For The Only Time In His Life At Connecticut Dragway! 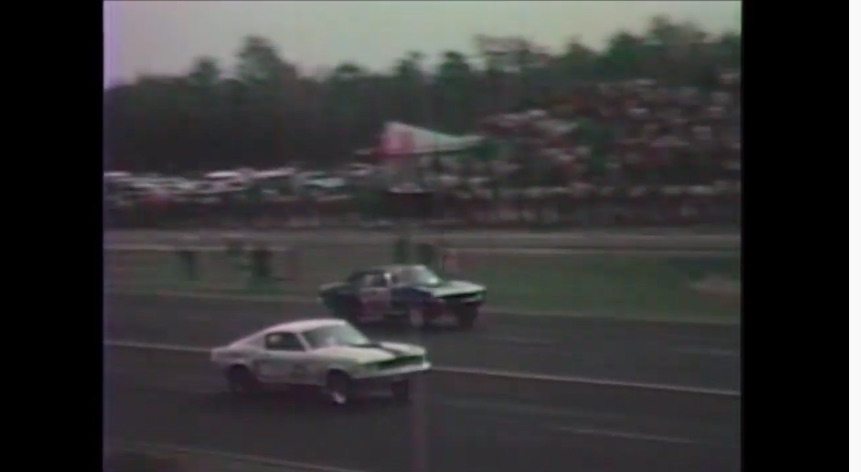 This right here is some stuff! The first part of the video seems to date from the first half of the 1960s but the last half comes from 1968 and there’s one really specific way that we know that. This is rare footage of Mario Andretti drag racing for the only time in his life at Connecticut Dragway in 1968.

You will see him landing on the strip in a little Cessna, hanging out with the trophy queen and ultimately see him making laps in a Mustang on behalf of Tasca Ford! Andretti ran a match race against track owner Frank Maratta who is driving a Camaro prepared by Norwood Chevrolet. To double down on the awesome, the car that Andretti is likely a Tasca KR8, the car that the production Cobra Jet Mustangs were based off of! Surely they would not have stuck Mario in some 390 powered Mustang, right? He got the good stuff we’re sure.

There’s plenty of other fun stuff to be seen here in the form of wheel standers and loads of awesome cars but the real story if Mario. Recently on television he talked about this particular day and his memories all these years later are 100% spot on, the video proves it! You will see him fly in around the 13:00 minute mark and his runs against Maratta are shown around the 15:00 mark.

Press play below to see this amazing footage from Connecticut Dragway!

A Legend In His Own Words: This Feature On Smokey Yunick Is So Awesome As He's The One Telling The Stories Torrid Torana: This 2,000hp LJ Torana Uses A Twin Turbocharged 23-Degree Small Block Chevy Engine!

3 thoughts on “Historical Drag Racing Video: Mario Andretti Drag Racing For The Only Time In His Life At Connecticut Dragway!”