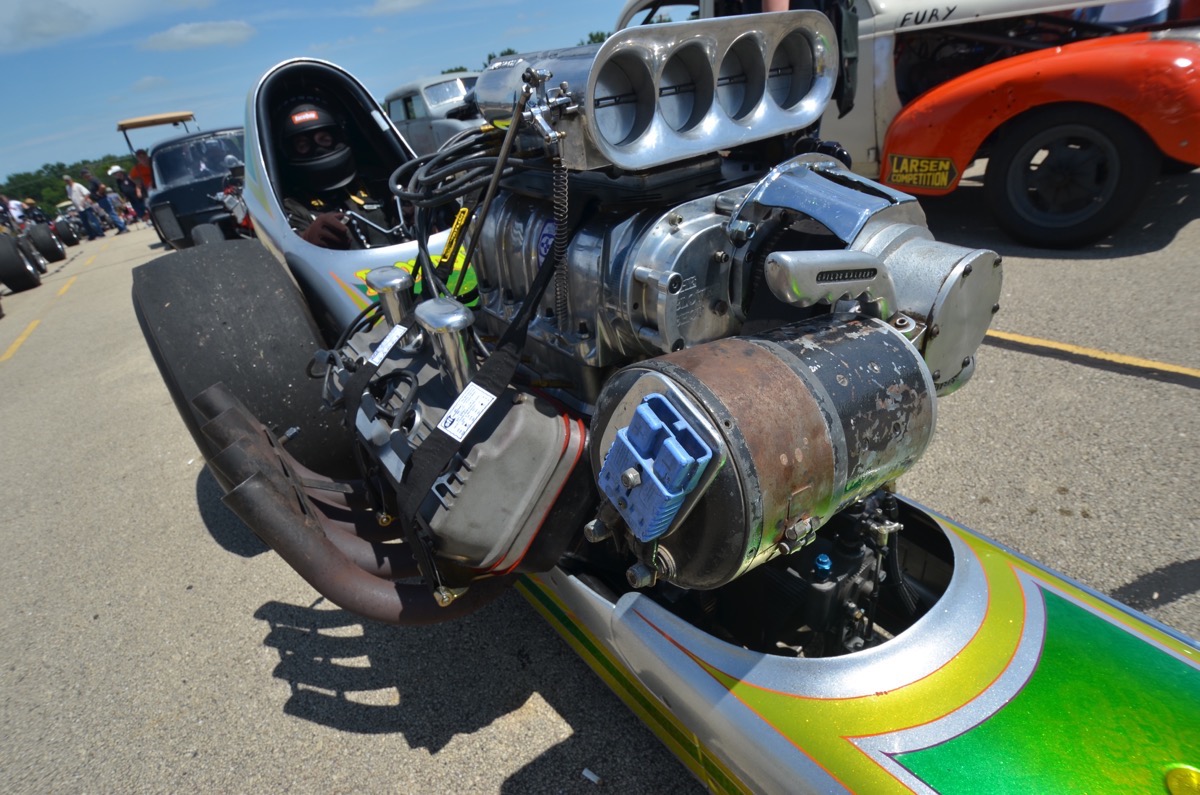 (Photos by Greg Rourke and Bob Chiluk) – Once again, it’s that time of year…the Meltdown Drags! The eighth annual Meltdown might have been this biggest or best, but either way it was incredible.

The Meltdown cats endeavour to make the current year look like your local dragstrip in 1966. Obviously cars must be 1966 or older, but they stiplify that they don’t have any visible speed goodies that aren’t era correct. So no Centerlines, no snorkel hood scoops, no yellow letter slicks…you get the idea. Entries are limited to 500, and you must submit a photo of your car for review. If it doesn’t look correct, you no race. Speaking of race, there is no purse or trophy. Just bragging rights, and three days of fun.
Once again, hidden and forgotten race cars came out of the woodwork. Just when you think every old Gasser or dragster has been found, more appear. There are also plenty of new construction cars, built by guys who clearly get it. BangShifter extrodinaire David Pelissier was on hand with his badass blown IH Scout. On Friday he came down hard from a wheelie and bent his straight axle. He simply wandered over to a vendor who had the correct axle for sale. One problem, the spring perches were in the wrong location. A welder was on the property who relocated the perches and wouldn’t accept any money for his services. People helping people, it’s a beautiful thing.
Thank you once again to Paul, Koop, Smokey Moe and the rest of the Meltdown crew. They were so busy running a flawless event they barely have time to run their own iron, which is the reason the started this deal in the first place. Mark your calendar for the for the third weekend in July next year and arrange travel to Byron, Illinois. And if think you have what it takes to compete, better have a fast finger on January 1, 2018 when registration starts. And likely fills up.

2017 Hurst Nationals at Carlisle Coverage: Most Awesome Assembly Of Hurst Vehicles Anywhere Ever! Meet The Most Beautiful 1973 Ford F-250 XLT For Sale In America - This Truck Is Amazing