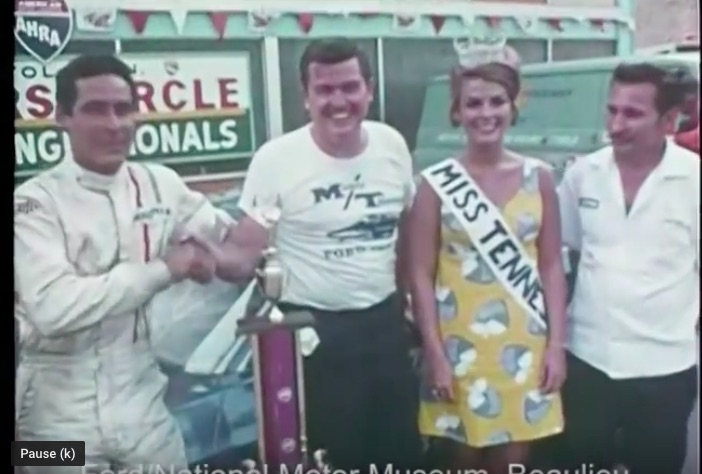 “…and I actually think that some day we’ll see a five second quarter mile at over 300mph.” Those are the last words spoken by Mickey Thompson in this amazing video which we have seen snippets of before but never as a whole piece with proper sound and narration. The 1969 film was called “Ford Flat Out” and this is the drag racing portion of the program which stars Mickey Thompson and Danny Ongais while racing at the AHRA Spring Nationals in Bristol, Tennessee. Eagle-eyed viewers will note that there’s footage from a few different tracks spiced in here but the heart of the matter is settled at Bristol.

The NHRA tour swings into Bristol this weekend and that always means one thing, craziness. Between the track’s breathtaking location and look, the very tough nature of the racing surface itself, and the elevation that racers fight with, the place can really be a house of horrors if a team loses the handle on their tuneup or makes mistakes. This will also be the first race of a two-in-a-row that has tested teams hard for the first time this season. The second stop will be Norwalk, Ohio next weekend.

This video has amazing footage of Danny and Mickey but it has loads of other cars in there as well. None are shown for too long but most of them are Fords with some Dodges thrown in for good measure. The NHRA’s relationship with the track was weird at first. It opened as an NHRA track, rather quickly swapped to AHRA, was the home of IHRA for decades and finally came back around full circle in the 1990s. History abounds at Bristol.

Ride Along On The Helmet Of Kevin Harvick For A 9,000RPM Rip Saw Road Course Lap At VIR Quick Tech Tip: Here's The Most Accurate Way To Measure Battery Voltage From Our Pals At Optima