Cool Video: A 1962 Documentary About The Legendary X-15 Rocket Plane 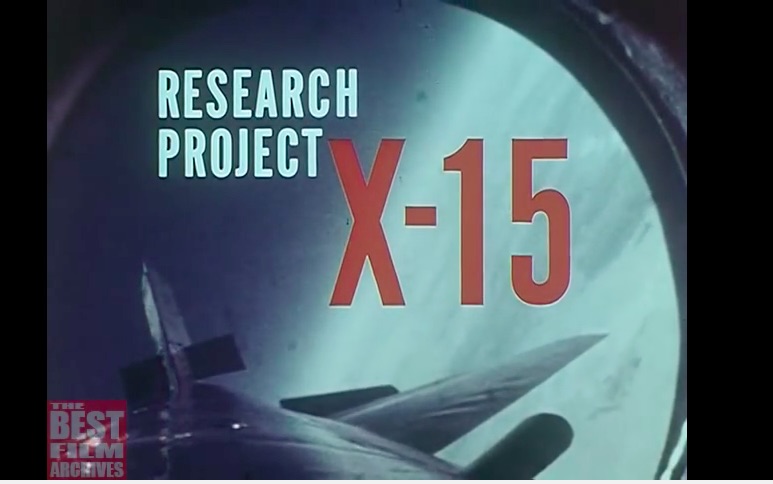 The most amazing part of the birth and success of the US Space Program was the evolution of the knowledge and engineering involved. There were times when the steps were plodding and incremental and there were other steps that were actually bounding leaps. The X-15 rocket plane was a machine that did a LOT to advance the idea that we would actually be able to successfully build and reliably fly airplanes at speeds that people did not think possible even just a few years before.

Consider this. It was a 44-year evolution from the Wright Brothers to Chuck Yeager hitting Mach 1 in the Bell X-1 airplane. Six years after that Scott Crossfield went Mach 2. Three years later Mach 3 was achieved in a deadly flight of Captain Milburn G Apt. From that point development stopped for a time as the X-15 research planes were engineered and brought to bear. They would double the speed marks to Mach 6.

The biggest secret to the success of the X-15 other than its impeccable aerodyamics was the sledgehammer engine that it used. The XLR-99 was the first truly throttle-able rocket engine. Rather than just lighting a wick and hanging on, the pilot could actually throttle the engine while in flight. This was a huge development because it would later provide invaluable on machines like the lunar lander that was used to safety put men on the moon. The engine was delivered a year later than the planned date but the extra time was worth it. The thing would suck down 2,500 gallons of fuel in 90-seconds. How ’bout that?!

The biggest and most stunning achievements of the X-15 were its record setting speed (for the time) at Mach 6.7 which effectively doubled the previous record and then its record setting altitude flying of 354,200ft which was amazing and it provided scads of data for engineers to use when developing spacecraft.

The X-15 is one of America’s coolest and most successful hot rods!

One thought on “Cool Video: A 1962 Documentary About The Legendary X-15 Rocket Plane”