The 300 Idea: This Period Factory Chrysler Film Is An AWESOME Look At The Mighty 300 Series Of Hot Rods 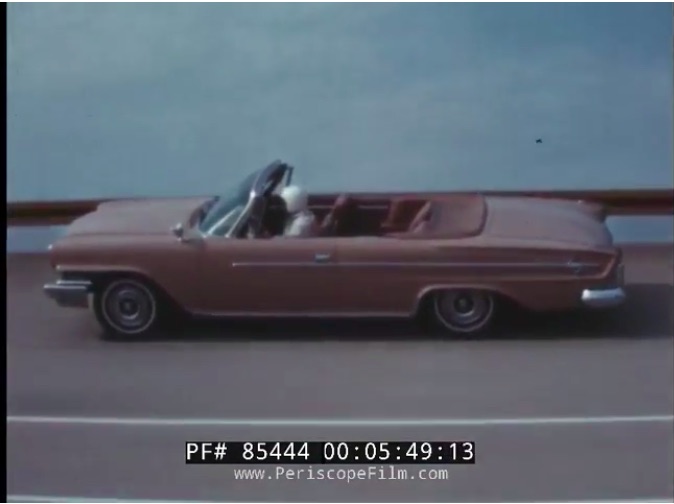 After showing you a few goofy Chevrolet videos over the last couple of weeks, let’s cleanse our palate with this amazing video from Chrysler talking about the mighty 300 series starting from the beginning and landing on the then new 300-H. The most fun part of this whole video outside of the vintage proving ground and racing footage is the ethos behind it. The story opens with the Hemi and how that engine changed the world of racing and how so many sports car enthusiasts were springing up all over the country. Chrysler’s lead engineer is the host of the video and he talks about how Chrysler recognized the need for “sports cars” but wanted to build one an American wanted. He then takes a royal dump on traditional sports cars regarding their ride, horsepower, and reliability. Hilarious and partially true for the era.

Anyway, this all leads up to the grand moment where he talks about Chrysler basically saving the “American sports car” by building the 300 series to meet everyone’s needs. Big power, big space, supple ride, and bucket seats that hold you body but do not trap it. This is a doozie!

There is ultra-rare footage of Andy Granatelli at the Riverside half-mile drags in a Paxton supercharged Chrysler 300 and loads of video showing early 300s on the high banked test oval at the Chrysler proving grounds.

All of this is totally and utterly awesome. From the history to the excitement for the model, its a big win.

BangShift Project Files: Re-Working The Hood Of A Plymouth Arrow Properly Unhinged: Who At Ford Was Championing This Particular 1980 Mustang Look?!