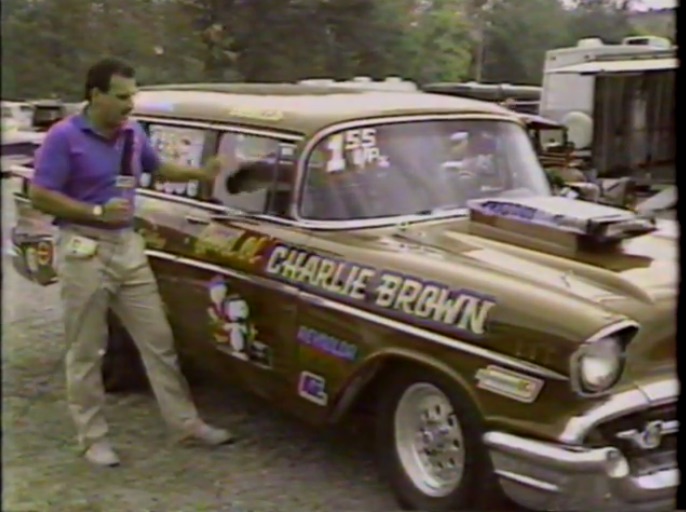 There are cars in drag racing that just seem to lead charmed lives. They are lovingly cared for by their owners, they win races all the time, and they just seem completely timeless. Such is the case with the car featured in this video. The Good Ol’ Charlie Brown 1957 Chevrolet station wagon was and continues to be a legendary machine in the history of IHRA drag racing. The owner and driver Mike Boyles fits the same bill because at this point in history he was winning his 7th career super stock world title and he wasn’t done yet.

To us, the best part of this whole deal is the fact that this car is ancient, even by the standards of the 1990s. Guys were competing against him in stuff that was way more whiz-bang current and they just could not stop the guy. If there is anything that the car and driver combo proves here its that a great driver in a well maintained car can overcome a whole lot. Just think of this guy destroying people with a little 283 and a four speed on leaf springs! So good!

This feature comes from an IHRA TV broadcast back in the 1990s at Bristol. We get to see the car, we get to meet Boyles, get some history, and then we get to watch him wind it up and hammer the gears down the quarter mile.

Lucy never moved the football on ol’ Mike Boyles. That’s for sure!

One Bad Launch: Watch This Motorcycle Drag Racer In Bolivia Take Out The Scoreboard, The Tree, and Nearly The Starter! DOH! The American Powertrain Parting Shift: Second-Gear Air With a Jerico Four-Speed!