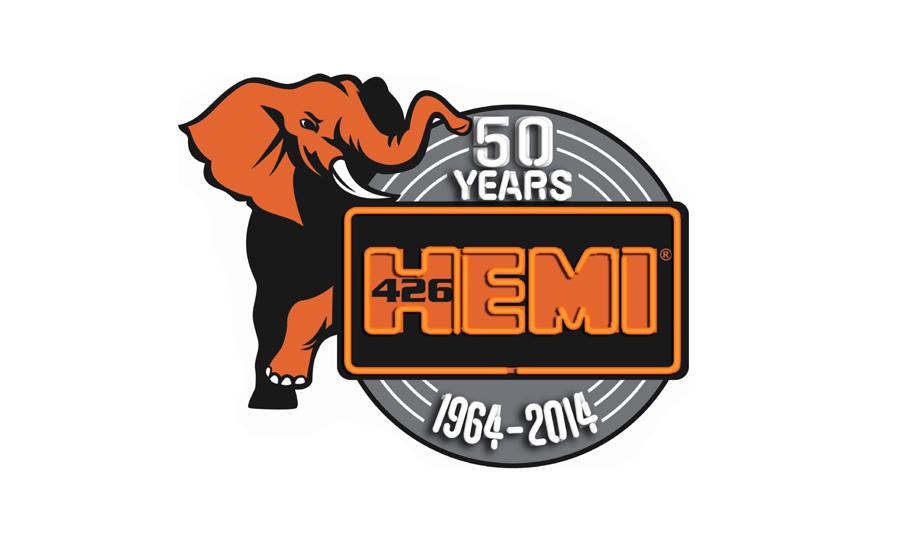 Some good news on the drag racing front today as it has been reported that for the 14th year in a row there will be a super stock Hemi shootout at the US Nationals in August. The 60th US Nationals is presented by Chevrolet Performance and the hemi shootout is being supported by Mopar. Combining the fact that this is the 50th anniversary of the Chrysler Hemi and this is the 60th anniversary of the US Nationals, every hemi car with its salt will be stacked up and waiting for their attempt at heads up battle. For fans that love sportsman drag racing at its highest level, heads-up with no break out, with history that can’t be matched by any other category the Hemi Shootout is totally your jam. The first time we laid eyes on the parade of competitors coming up the return road at the race several years ago, it left us speechless. You’ll simply never see as many of these cars in one place as you will at Indy. Period.

Outside of the healthy competition, there’s another thing that brings out the SS/AH cars to the Big Go and that’s cold, hard, cash. There’s a $15,000 pay out to the winner of the race and a special jacket that won’t be found on anyone’s back other than a winner of the Hemi Shootout and that winner’s list contains some very interesting names. Guys like Jeg Coughlin Jr, Jim Daniels, Rich Houser, and the man who has won more of these races than anyone, Charlie Westcott Jr who has five Hemi shootout titles to his credit. Qualifying for the shootout will take place on Thursday with eliminations being contested on Friday. We’re going to try and dig up an entry list for this year’s running of the event and keep you informed of who will be there and who won’t. The reality is that with such history involved, the field for qualifying will be flipping huge and depending on the weather, could be the quickest ever.

Save the cat calls. Yes, these cars that can dip into the 8.20s are a far cry from the ones that rolled out of the Hurst plant back in 1968 but show us something that isn’t in drag racing. The cross ram is surely more like an inline style ram at this point but if you can remain on your derriere when a SS/AH car completes a burnout and pulls to the starting line at the drag strip be it for a Hemi Shootout or a test and tune session, we’re recommending another hobby to partake in. These screaming monsters are awesome to watch, awesome to hear, and when the best in the world show up with their trickest stuff that is built to live for exactly as long as it needs to and not a second more, you KNOW the show will be epic. We’ll be there….literally. You should be too!

HERE’S THE FULL RELEASE FROM THE NHRA –

The Mopar brand will highlight its commitment once again to Sportsman racing competition within the NHRA by holding the ever-popular Hemi Challenge for a 14th consecutive season at the Chevrolet Performance U.S. Nationals in Indianapolis in August. This year’s edition will include a tribute to the 50th anniversary of the Gen II 426 Race Hemi as part of Mopar’s yearlong commemoration of the iconic engine.

The Hemi Challenge made its debut on the quarter-mile track at the 2001 edition of the prestigious Chevrolet Performance U.S. Nationals at Lucas Oil Raceway at Indianapolis and featured ’68 Hemi Dodge Darts and Plymouth Barracudas, the classic muscle cars that contributed to the brand’s legendary reputation and success at the dragstrip.

“The legendary 426 Hemi engine was introduced 50 years ago through motorsports and went on to power the classic Mopar muscle cars that still are such a big part of our heritage thanks in part to the passion of our Sportsman competitors and fans,” said Pietro Gorlier, president and CEO of Mopar, Chrysler Group LLC’s service, parts, and customer-care brand. “That passion and heritage comes alive every year with the Hemi Challenge and the NHRA Sportsman drag racers who compete in this annual showcase. This year, we’re excited to celebrate this half-century of the Hemi with the group of racers that are truly the backbone of the sport with their dedication to the brand and drag racing.

“Continuing to support the Hemi Challenge and our Sportsman racers is important to Mopar. A strong contingency program, Sportsman barbecues, the establishment of the Tom Hoover Sportsman Challenge in 2013, and now a 14th edition of the Mopar Hemi Challenge are just a few examples of how much we value their contributions.”

“For years, this has been one of the most competitive race-within-a-race events in the NHRA,” said Tom Compton, NHRA president. “That’s one reason why our fans love it so much; there’s never a clear-cut favorite.”

In addition to the Hemi Challenge, Mopar offers Sportsman racers support in the 2014 NHRA Mello Yello and Lucas Oil Drag Racing Series with a grassroots contingency program that provides financial awards for those running specified parts, as well as a Sportsman barbecue.Among the Mopar Sportsman competitors taking part in the U.S. Nationals, one will be chosen as Mopar’s Top Eliminator in the long-running customized and performance vehicle program that highlights passionate and dedicated Mopar enthusiasts who display unmatched skill in modifying or preserving a classic or modern-day Mopar vehicle. Last year’s winner was the ’10 Knox County Driller Mopar Challenger Drag Pak owned by Brent Jones, of Wheatland, Ind. A total of four 2014 Top Eliminator selections will be made from entries at the Carlisle Chrysler Nationals in Carlisle, Pa., and Mopars in the Park in Farmington, Minn., and a final one will be chosen from an online contest with fans voting to determine the winner.

Mopar also established the Tom Hoover Sportsman Challenge in 2013 and will continue the program through 2014 with a winning driver selected from the Super Stock or Stock classes by amassing the most points behind the wheel of a Chrysler Group vehicle during the season at NHRA races nationwide. Last year’s winner was talented 24-year-old Austin Williams, of Texas, who drives a Stock class ’72 Duster.

Mopar’s commitment to professional motorsports competition was established in the 1950s when a partnership ignited with drag racing pioneer Don Garlits, resulting in the breaking of numerous speed and performance barriers in Hemi-powered vehicles in the next several decades. In 2014, Mopar celebrates the 50th anniversary of the introduction of the Gen II 426 Race Hemi and looks to defend back-to-back NHRA world championship titles in the Pro Stock class and battle for another Funny Car world championship after wins in 2011 and 2012. While Mopar remains involved in a various professional motorsports series, it continues to honor its roots by being a proud supporter of amateur racing in the NHRA with its sponsorship of the Hemi Challenge and Mopar Sportsman Cup. 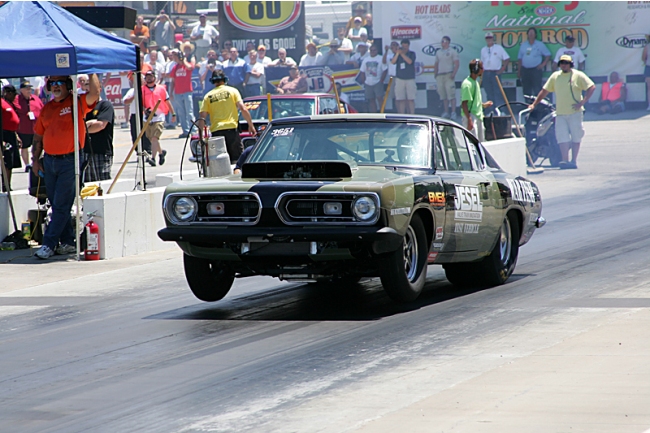