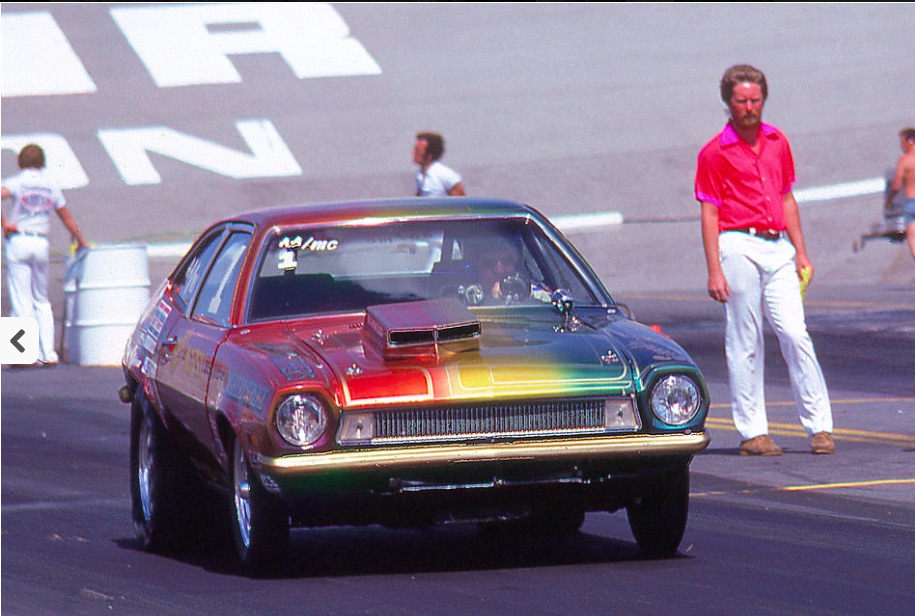 (Photos by Bob Boudreau) –  The racing action photos are beyond awesome, there’s never before seen Linda Vaughn photos in here to dozens of  other awesome cars to boot. If you like old legit old school drag racing action you’ll love this collection of photos.

How about Shirley Muldowney in her pink top fueler circa 1978? How about Kenny Bernstein in the Chelsea King funny car? How about legendary sportsman cars like the Tons of Fun Pontiac wagon, crystal flippin’ clear photos of the Snake’s Army fuel funny car, Jeb Allen in the Praying Mantis dragster, and on and on and on?

While we all idolize the 1960s as the true heyday of drag racing, the fact is that most of the stars that dominated the 1980s were really starting to hit their stride by the late 1970s. Obviously Garlits (who is in this gallery) had been drag racing on a professional level for about 20 years by the time this race was shot, but others like Kenny Bernstein were just getting their jam on. Shirley Muldowney was coming off a 1977 championship, and guys like Richard Tharp and Tom “Mongoose” McEwen were still out there hammering on the trail.

Our favorite photos in this gallery come from the sportsman ranks. The modo and awesome Tons of Fun Pontiac with its left front wheel hiked up significantly higher than the right, Pintos pulling wheelstands, and other regular guy Division One legends are showcased here. The event lacks the pretentious feel of today’s scene and the whole thing just reeks of drag racing zen. The photos of the lovely Linda Vaughn basking in the sun while waving to the assembled throngs or the one of her and Buster Couch sharing a moment are beyond awesome.

As we have said in the past, Bob Boudreau….YOU RULE!

HIT THE LINK BELOW TO SEE ALL OF BOB BOUDREAU’S FRESHLY UNCOVERED PHOTOS FROM THE 1978 NHRA LE GRANDNATIONAL EVENT AT SANAIR! 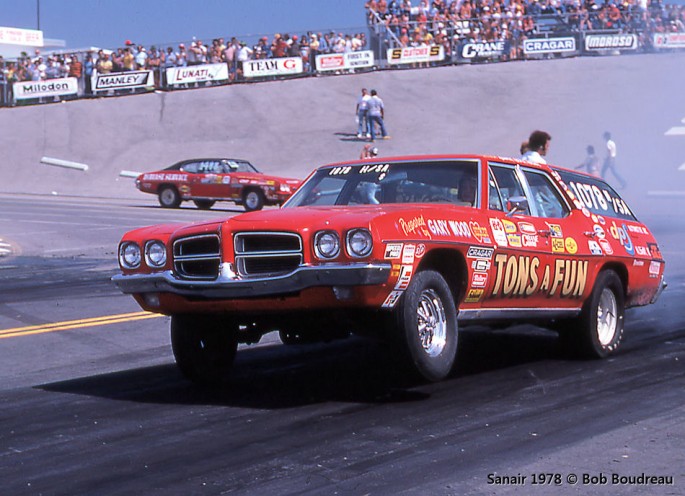 Classic YouTube: Burning The Hides Off Of A Clean '57 Plymouth! BangShift Top 11: McTaggart's "What Car Do You Want Today?" List