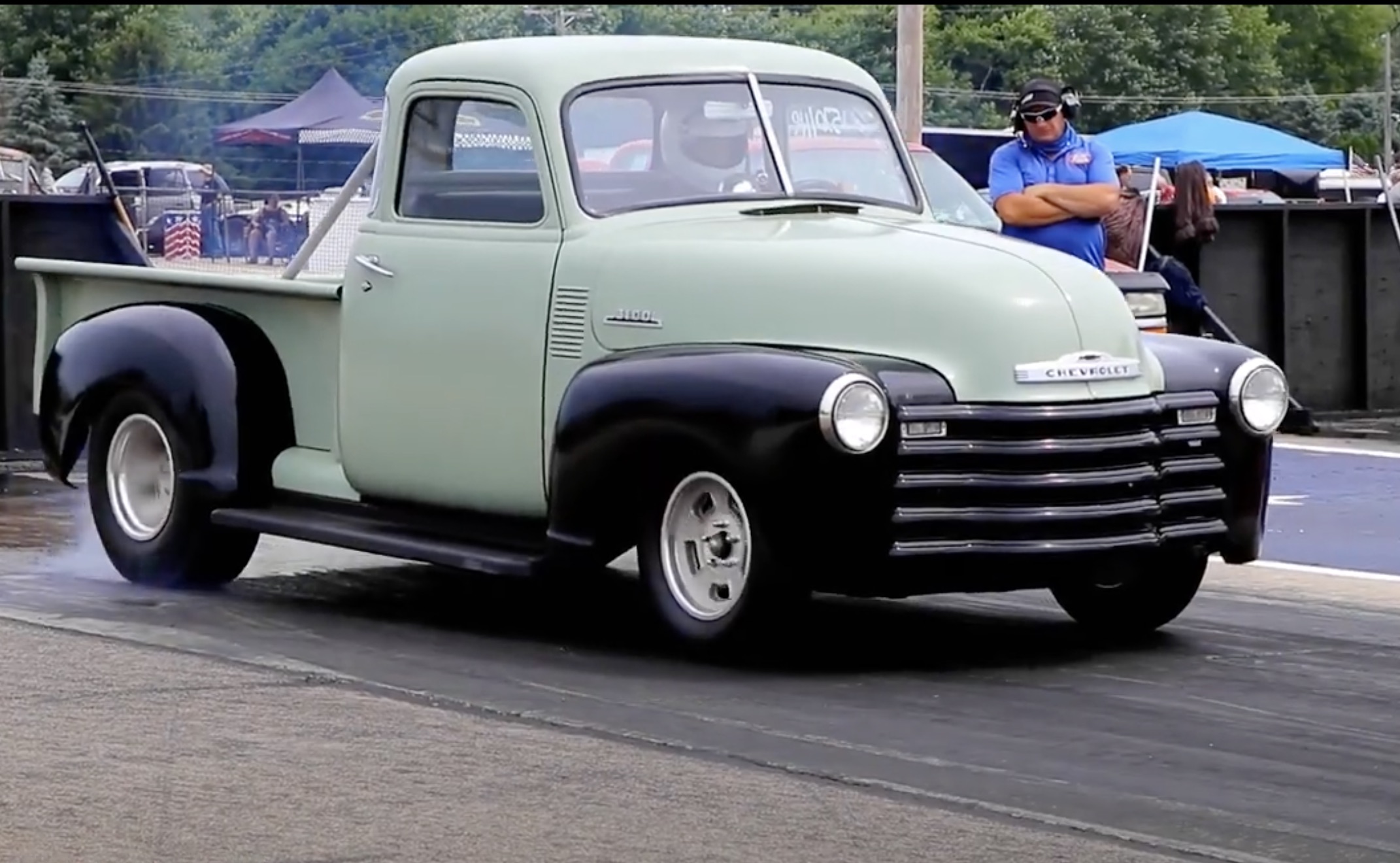 In GM lore from the pre-musclecar days, the straight-six was the answer to the question of how fast did you want to go. You had two selections: the Chevrolet 292 and the GMC 302. The 292 was used in just about everything, with production winding out in in Mexico sometime near 2000. The GMC mill was only produced from 1952 to 1960. Neither engine was meant to be a rowdy mill, instead they were designed for work loads, tractor-like driving of old that gives Brian Lohnes the warm fuzzies whenever he thinks about those sorts of things. But when you have a a heavy cast block that can take abuse like an anvil and have the ability to crank out solid power figures, hot rodders were going to figure out how to make the half-dozen work.

Ron Plender’s 1950 Chevy truck is packing out a 292 punched to 301 cubic inches that is running on alcohol, fed to the cylinders via a Hilborn mechanical fuel injection. You will never mistake the noise for anything else but an old six, but

Gray Egg: Watch This CBR900-powered Fiat 126p Make Work Of An Autocross Course The Timeline Jump: How Does A New Nissan Maxima Compare To The Legendary R32 GT-R?

One thought on “Morning Symphony: 292-Powered 1950 Chevrolet Truck On Alcohol!”