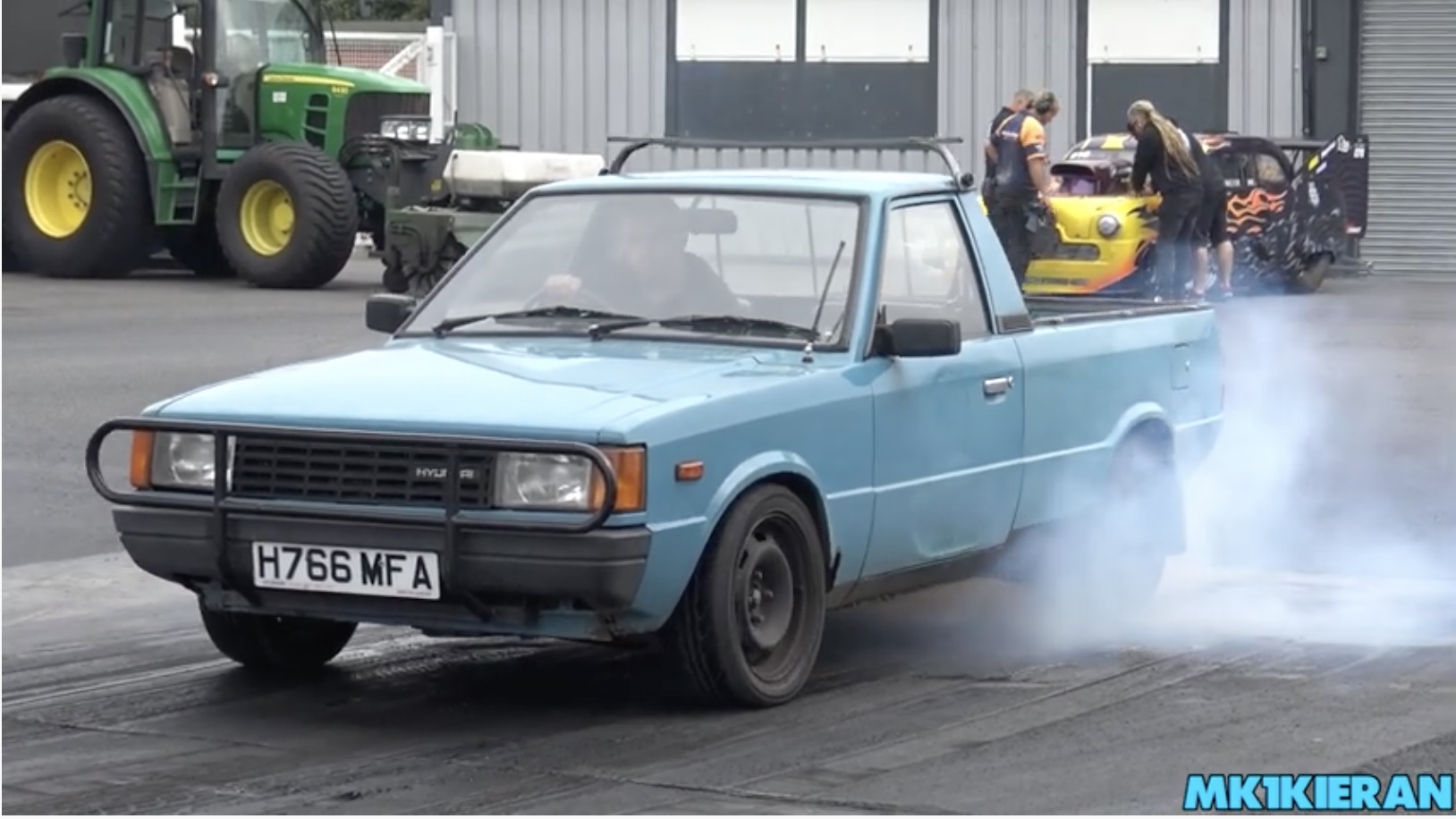 Before I got my 1987 Monte Carlo SS to drive to high school in, my older cousin Vance had decided that he would be the one to get me my first car. He didn’t know about the seven or so beforehand, and he couldn’t be talked out of it. He also couldn’t be talked out of the 1973 Plymouth Satellite that was sitting, collecting dust either. I didn’t know what he was up to but if there was one thing I could trust about him, it was that his vehicle tastes were workable. At the time he was driving a Buick Centurion that sounded like war drums and looked like “Santa’s” car from Bad Santa. He had a history of Cordobas and mid-1970s Chargers, and his Newport I’ve waxed on about time and time again. I had hope.

What he drug home was…well, it was a pile of shit. It was a 1988 or 1989 Hyundai Sonata that looked to have been used, abused, rebuilt and abused again over and over in it’s decade of life up to that point in time. There was no rear bumper cover, the transmission had Park, Reverse, Neutral and Maybe, the engine had a walloping 13 horsepower (all destined for the glue factory) and the outside appearance promised that not only was I not getting dates, I was going to get chased off of school property…after they sicced the security guard on me to see if I was selling drugs. I flat refused it. I would’ve rather walked.

Hyundais didn’t start out with a great reputation in the States, but we got them later. Overseas, the Korean company had been trying to make inroads since the early 1970s and had done so by pirating British knowledge, namely George Turnbull from British Leyland. Turnbull had recently whipped up the Morris Marina and soon had created the Pony, a mixture of Korean manufacturing, Mitsubishi motors, and some Ford Europe parts. In the model range was a ute (“Pick-Up”), which looks cheerful enough as long as you weren’t aware of the Pony’s sorry reputation.

This one looks well-used and has the prerequisite rot in the fenders, but it’s also got a surprise: the engine from a Ford Focus ST170 (akin to an early 2000s Ford Focus SVT for our North American readers) and it’s worked well enough to get this Pony moving pretty well. It’s still a 1980s Hyundai but at least this one is fun to drive. That is the difference between a fun beater and that lowly, miserable flat gold turd I nearly got saddled with!

Money No Object: 1977 International Scout II Half-Cab Relive The 1975 NHRA US Nationals With The Wide World Of Sports Broadcast