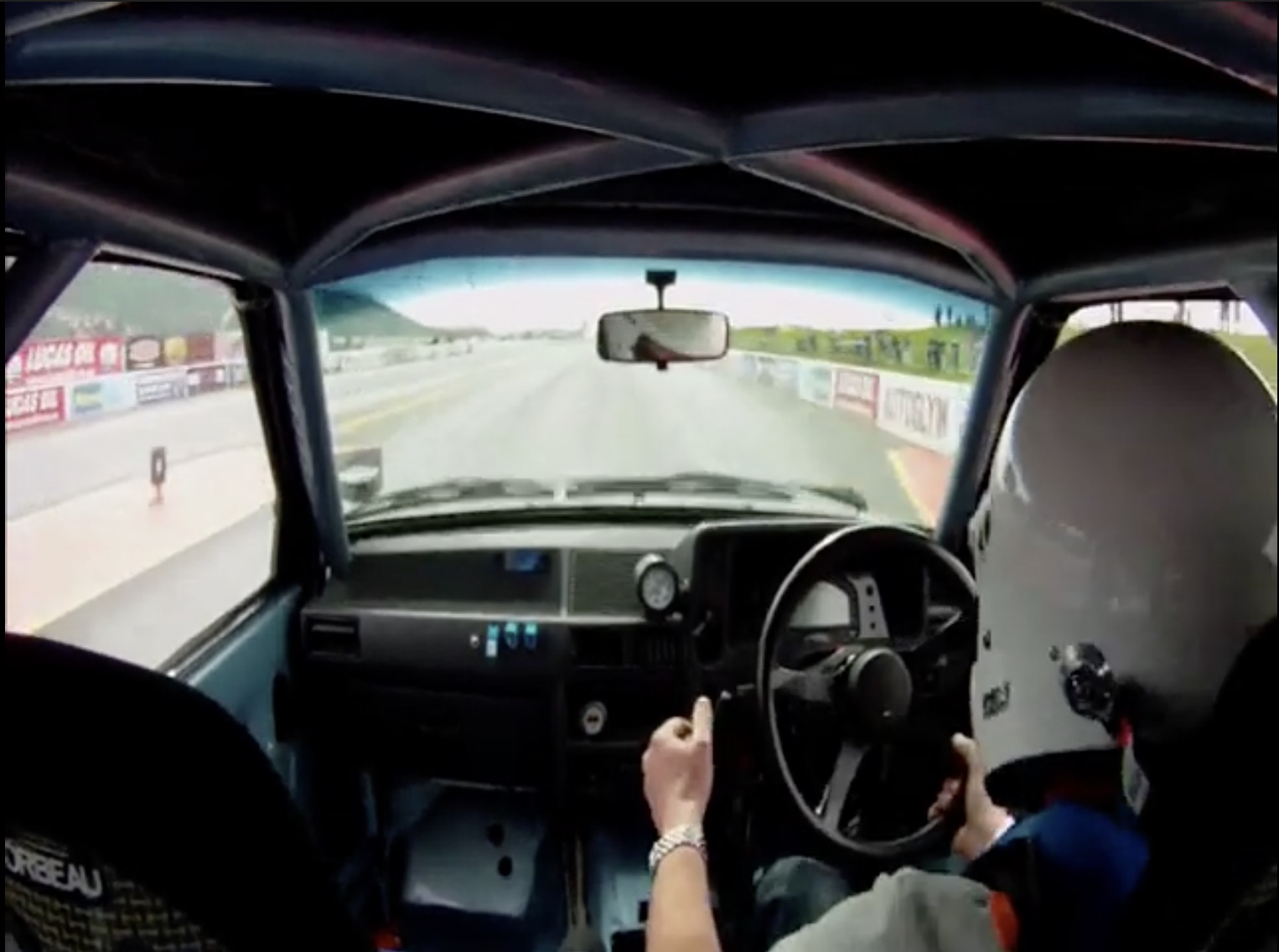 In North America, “Ford Escort” brings to mind images of a front-driver with big bumpers that showed up at the turn of the 1980s that, according to everything we were reading, was supposed to be a “world car”, something Ford could share with every country they sold cars in. The truth? Ford made the same move pretty much everybody else tried at the end of the 1970s…they went front-drive, four-cylinder and prayed that it would work out. The Escort would gain a reputation as a sewing machine crossed with a doubled-up dose of Ambien for the majority of it’s production span in the States. Over in Europe, they were something more. While they certainly weren’t the rally monster Mk1 or Mk2 variations, the Mk3…well, I’ll stop here. You’ll have to tell me how they were viewed. All I know is that once the Cosworth Escort started to appear, you all loved them, of that I’m certain. And seeing this earlier model with all of the Cossie goodies swapped in, it’s easy to see why. This baby-blue little box straight-up screams. The moment you hear any kind of rev out of that engine, you know that this little beast is going to run. The acceleration has to be something wicked…if it looks violent in the video, it has to be serious, jet catapult-level stuff actually being inside the car. She’ll scream!

It's All About The Air, Baby: OPGI Has Your Classic Air Conditioning and Air Circulation Needs Covered! Unspoiled: This 2012 Dodge Challenger Body In White Is A Blank Canvass That Any Hot Rodder Can Make Awesome

One thought on “Morning Symphony: The Wildest Escort Ever – Cosworth Power, Four-Wheel-Drive And Angry!”