Unspoiled: This 2012 Dodge Challenger Body In White Is A Blank Canvass That Any Hot Rodder Can Make Awesome 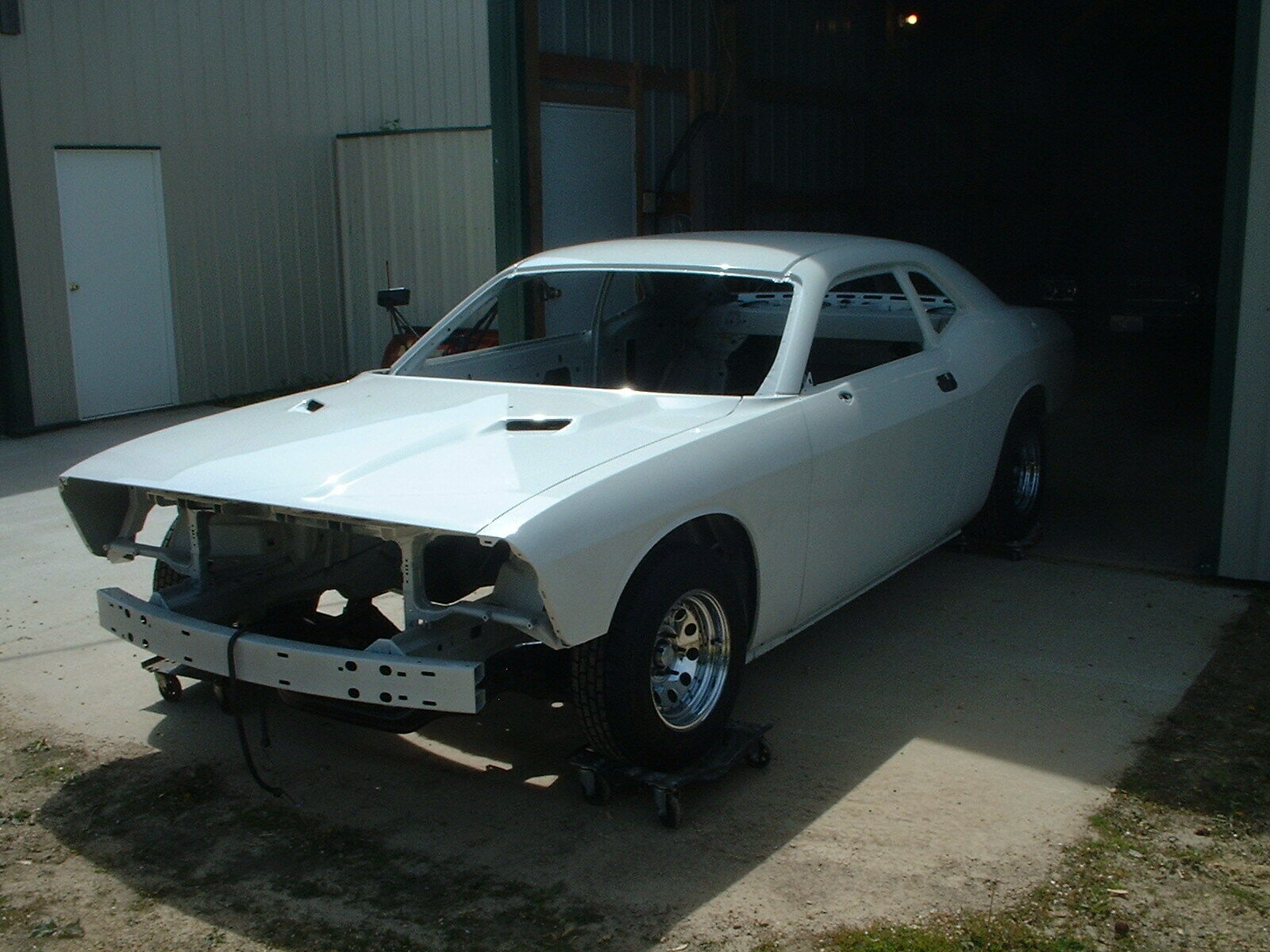 Of all the kind of neat things that hot rodding has produced over the years of its existence, the whole “body in white” thing is among the coolest. It’s one of the oldest school things that the OE manufacturers do to support racing programs and teams, basically selling them the rolling shell of a car off the assembly line so that they can make it into a racer without being encumbered by all of the factory stuff in the way. These are simply a chassis and a shell with wheels affixed in a non-permanent manner to get it around the shop and every car company out there has participated in it to some level. Even today you can buy a Ford, a Dodge, or a Chevrolet “Body in White” to make it the foundation of your race car. We love when guys do that. In fact, it’s exactly how this Challenger we found for sale on eBay began life.

Plucked off the assembly line in 2012 and sold to someone who was going to make a racer out of it, the car has never been touched. It is on the same temporary axles and tires as it was when built, not a single part of the body or interior structure has even touched, and this car is sitting here as a literal blank canvass for any hot rodder to do as they wish with it.

The last thing we dig about this is the document that one has to sign when they buy one of these cars. Basically you are swearing (seemingly under penalty of death) that you will not make a road car out of this and that you’ll only ever race it. Check out the document and the photos below!

eBay: This 2012 Challenger body in white is an untouched canvass for any hot rodder! 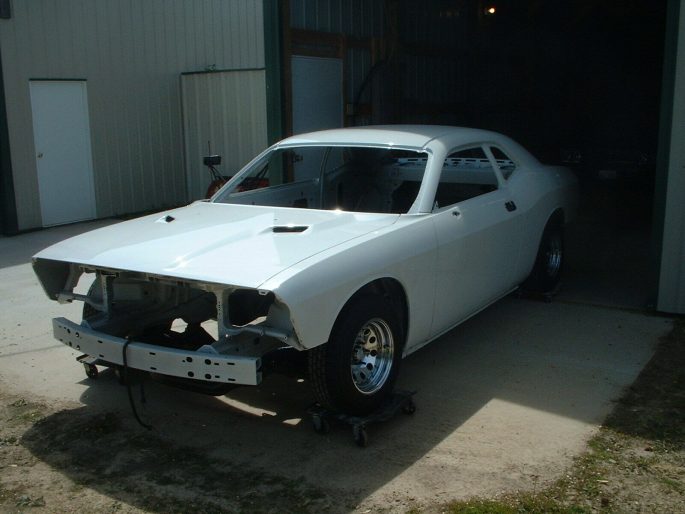 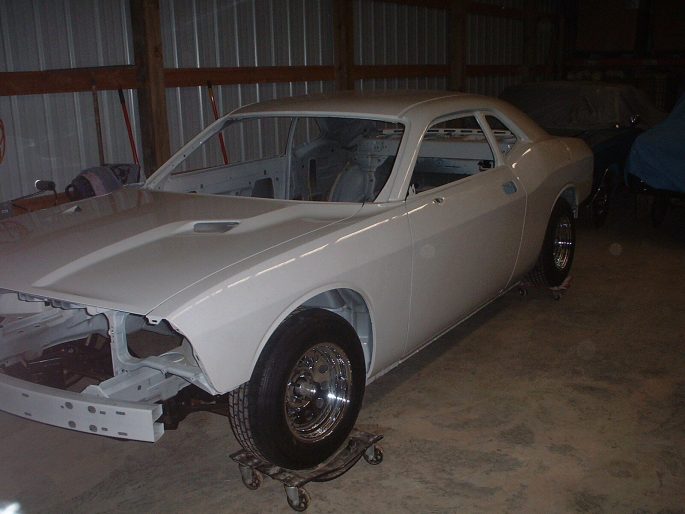 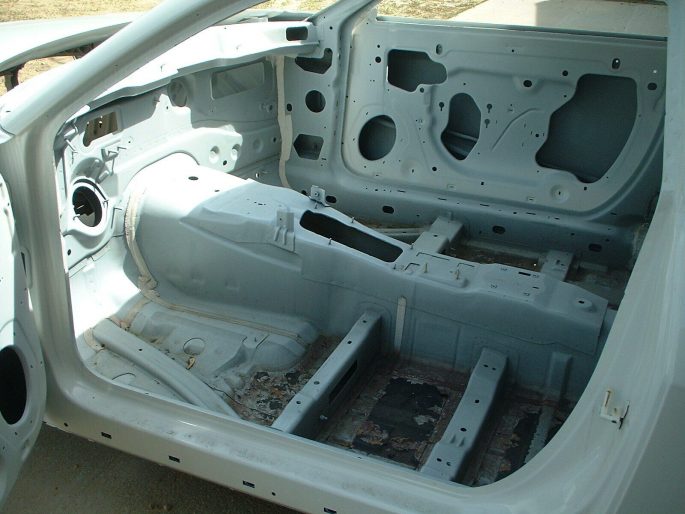 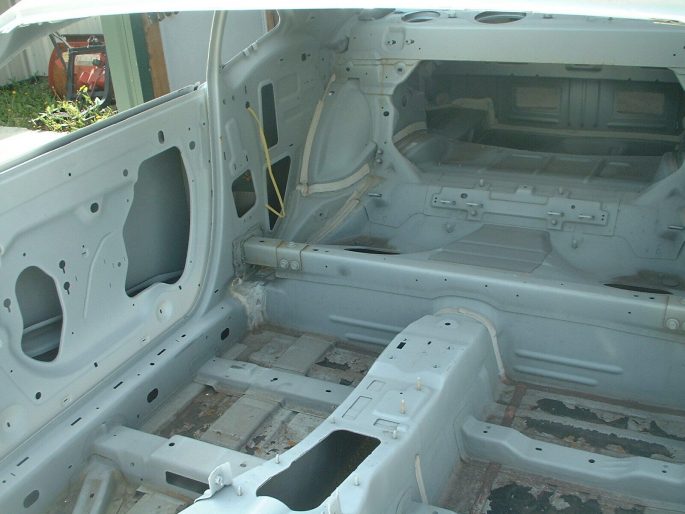 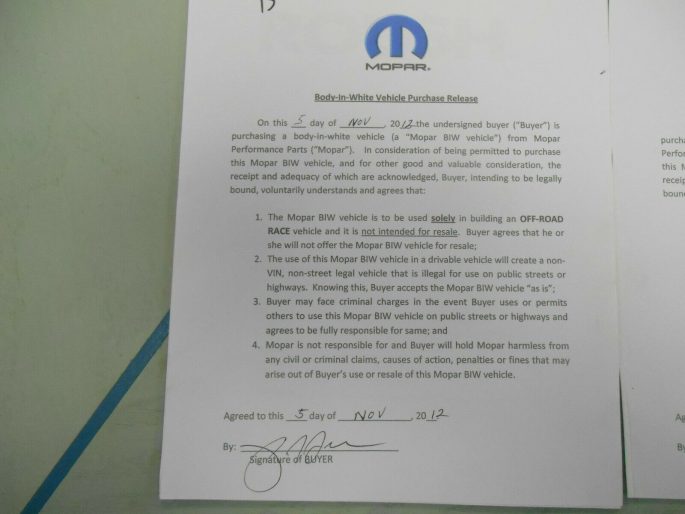 Morning Symphony: The Wildest Escort Ever - Cosworth Power, Four-Wheel-Drive And Angry! Hellcat Hauler: Tell Me You Wouldn't Swap A Third-Gen Hemi Into This 1992 Dodge D350!

8 thoughts on “Unspoiled: This 2012 Dodge Challenger Body In White Is A Blank Canvass That Any Hot Rodder Can Make Awesome”