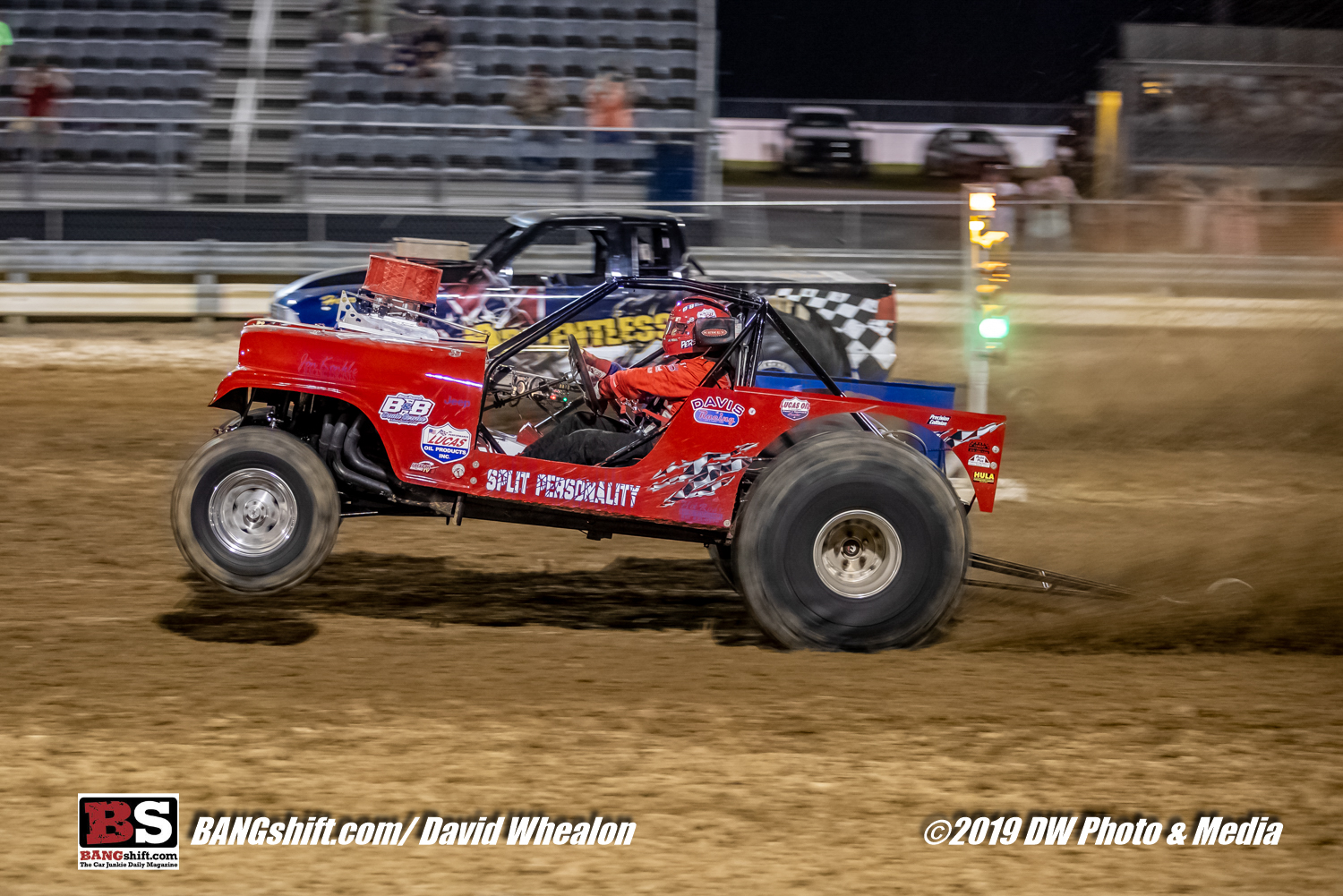 (Words and photos by David Whealon) – Once again the dirt was flying at Galot Motorsports Park with the MRA bringing their brand of side by side Dirt Drag Racing back for the 2ndtime in as many years to our multi-use racing facility in Benson, NC. The MRA’s finest classes showed up to bring us two nights of badass action. The all motor Pro Stock and nitrous spraying Outlaw Pro Stock and Modified Cuts/ Paddles along with the Blown Rail Open Paddle/ Cuts classes made for an exciting weekend of dirt slinging fun. Coupled with the time only classes were the true heads-up Renegade Class where the Pro Stocks paired up and first to the 200’ finish gets the trophy.

Paddle tires and cut tires are the norm in the Open and Modified classes and are switched to create a class for each given tire on the second night while the Pro Stock/ Outlaw Pro Stock stick with the cuts for both classes left only to change weights and power adders for their class changes. Two passes through the 200’ of churned terrain were allowed for each class.  Times were quick with weekend sweeps in all the timed categories. Winning in Pro Stock and Outlaw Pro Stock was Jason Czaja in his “Lil’ Crazy” Bronco and in Modified Cuts and Modified Paddles Scott Ohlrogge took his “Deranged” rail to the checkers on both nights. Dan Richter dominated both the Open Cut and Open Paddle class in his “Richter Scale” blown rear engine dragster. The heads up Renegade class winner was the “Split Personality” Jeep of Dave Kurtz. As an added bonus the team at Galot Motorsports Park added a fan interactive heads up Street Truck Shootout where if you had any form of street legal truck or SUV you could pay a small entry fee for a chance at the 100.00 prize and of course all the bragging rights.

Coming up in October these guys and gals travel for the first time ever to Virginia Motorsports Park with the running of the MRA World Finals.

Road Trip Gold: Chevy Spotting In Small Town America Dragster In The Woods: This Rescue Of An Amazing Vintage Dragster Will Have You Smiling