Dragster In The Woods: This Rescue Of An Amazing Vintage Dragster Will Have You Smiling 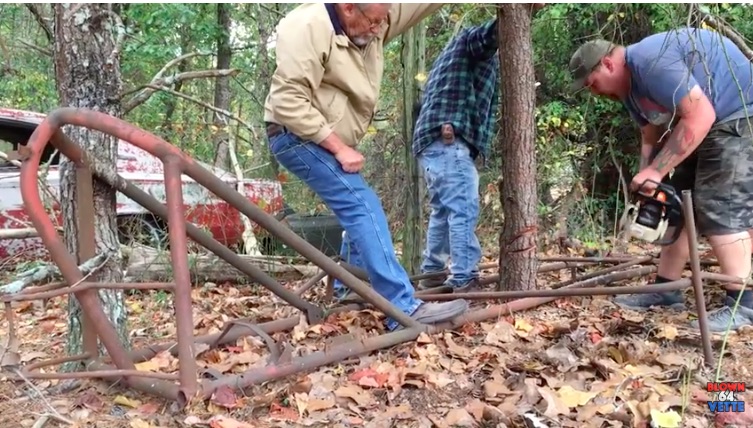 Tommy Lee Byrd has been cranking out great magazine stories for years and his YouTube channel has become a great spot for car content as well. This video is his neatest work yet. If you remember, Tommy and his dad dug up an old 55 Chevy gasser, or at least tried to, several months ago. That was a fun and interesting story but ultimately, there was nothing left of the car to speak of. This is the exact opposite of that story.

These guys went car hunting again, following up with a local drag racing legend named Jim Smith. Smith ran a fuel dragster back in the early 1960s and it was a car he had completely constructed on his own. The car was run and like so many others, it was later discarded and became part of the local landscape, literally, sitting in the woods, collecting leaves and rust as time wore on.

Knowing that the car was there, Tommy and his dad met Smith, talked to him, and managed to extract the thing and then hunt down virtually every part of the original car from around the same area where the chassis was sitting.

This is a truly awesome watch!

4 thoughts on “Dragster In The Woods: This Rescue Of An Amazing Vintage Dragster Will Have You Smiling”