Neck Braces For Everybody: The Hoonigans Meet The AWD Hurst/Olds 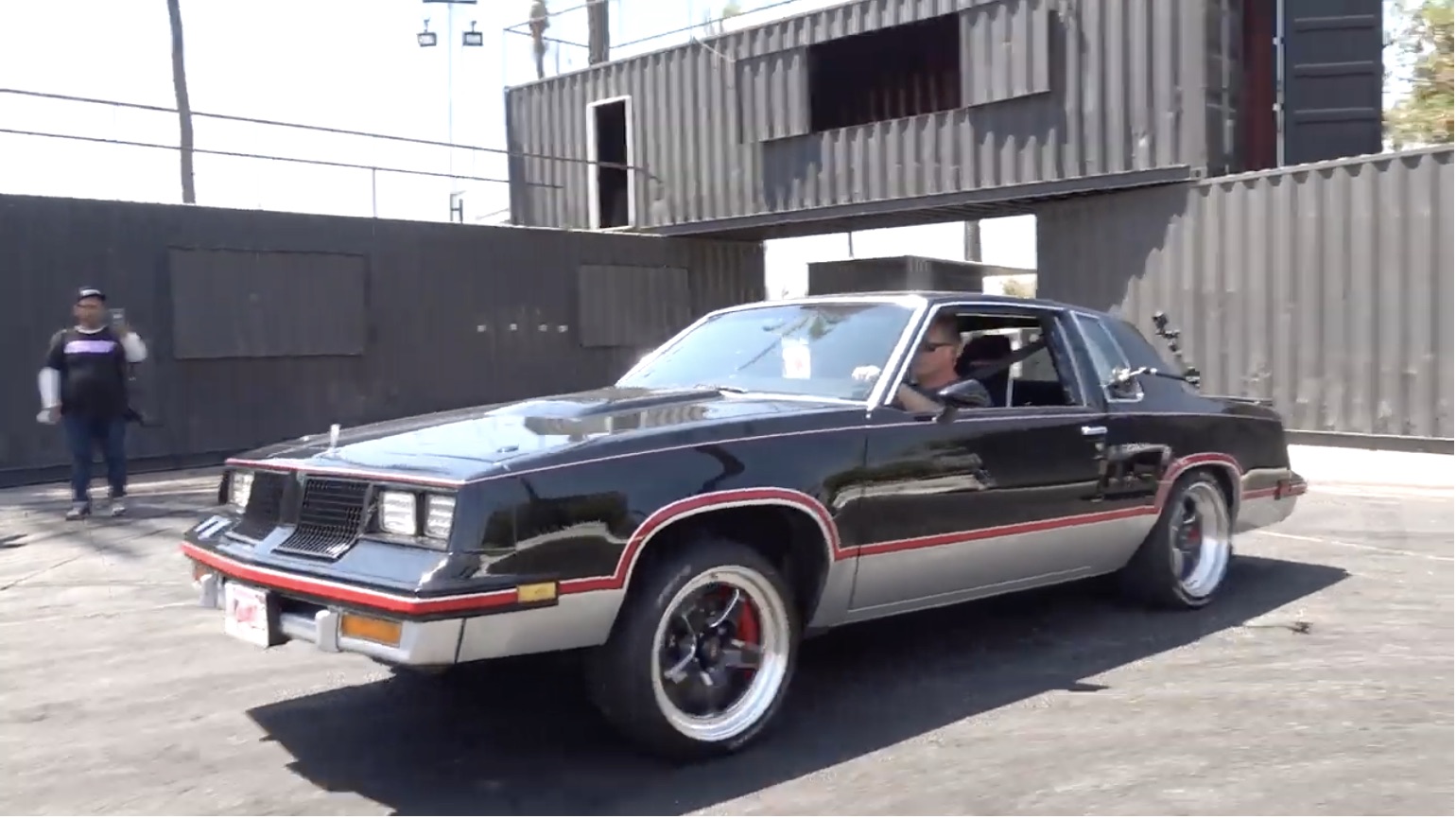 It is the thing that should not be. On it’s own, before he went off-the-rails insane with carbon-fiber everything, his 1982 Cutlass Hurst/Olds clone was pretty radical. Namely, it was because this beast is the only all-wheel-drive converted G-body on the planet, and because King felt it more than necessary to install a ProCharged LS mill under the hood to give the Hurst/Olds look the grunt that not even the 307ci V8 could back up. The video footage of this thing chained down while ripping the most ballistic AWD driveway burnout in existence is legendary. The car was breathtakingly unreal before any carbon fiber made it’s way onto the chassis. Now, it’s a light, all-wheel-drive G-body that straight up f**ks right off when the throttle is pinned to the floor. The 0-60 time on this Oldsmobile is enough to give supercar owners something to seriously ponder, and we’d pay good money to watch a 1982 Cutlass slap around a Lamborghini Gallardo any day of the week.

But here, there’s no Lamborghini. Just a few Hoonigans who have been in some pretty hot cars over the years who are about to learn all about what tons of torque blessed with the grip of a scared housecat can achieve. And about that “grip” situation: on every last launch run you are about to see, the Cutlass is laying a patch of rubber…it’s not so much gripping as it’s digging like hell while spinning. There’s still more force that can cause heads to slap back to a waiting Kirkey seat. There’s still more of what drops the jaws of every last person who gets into the seat.

Man vs Machine: Watch This 101 Year Old Mercedes Grand Prix Rumble and Slide Up The Goodwood Course Yard Master: The Origin Story Of The Terminal Tractor

4 thoughts on “Neck Braces For Everybody: The Hoonigans Meet The AWD Hurst/Olds”