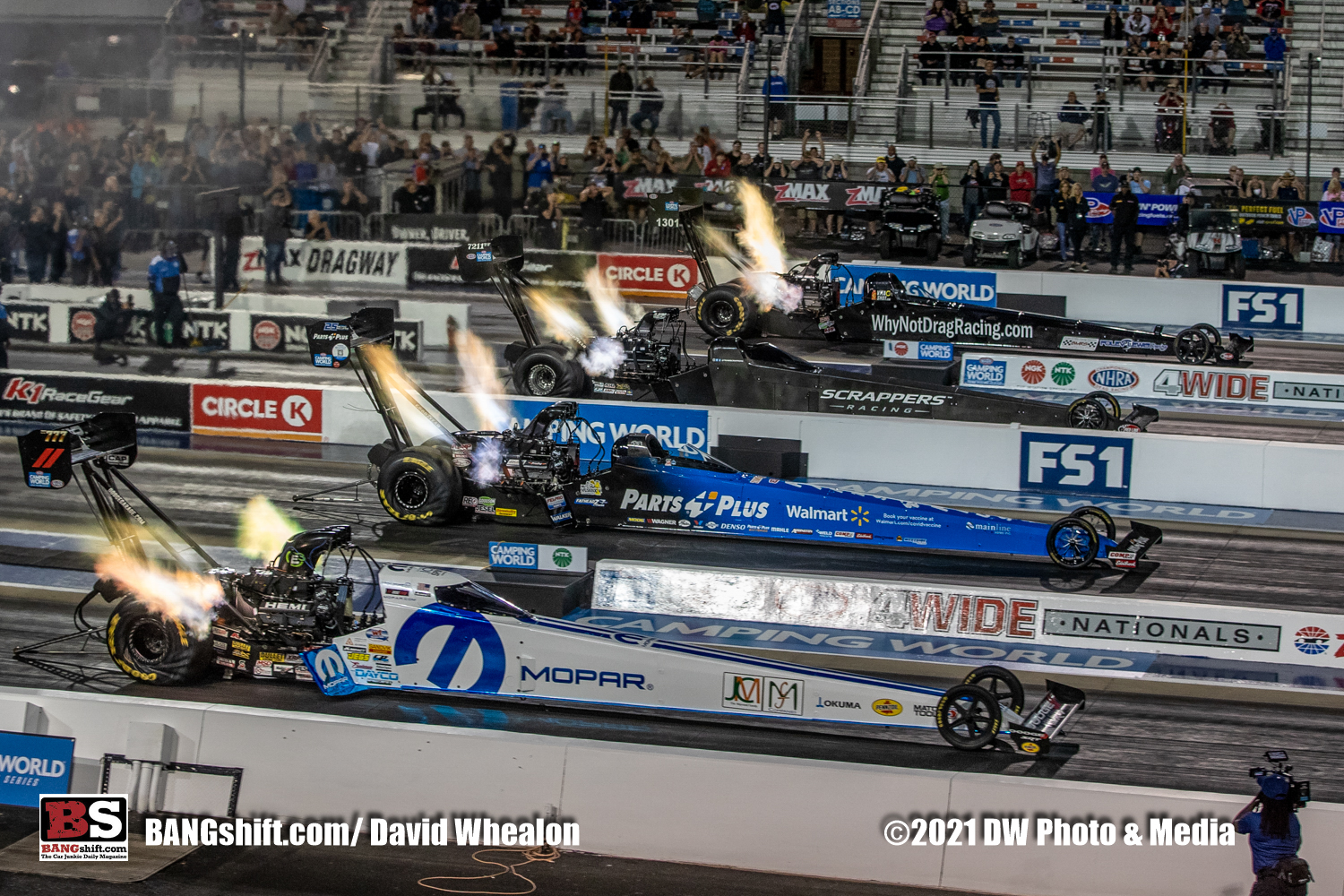 (Photos by David Whealon) – It was a cool, fast, and adventurous weekend for the stars of the NHRA Camping World Drag Racing Series at the NGK NTK NHRA Four-Wide Natioals at zMax Dragway in Charlotte, North Carolina. The weather allowed for record setting elapsed times when Brittany Force nabbed both ends of the track record, running 3.66 at over 333mph in top fuel. John Force ruled the weekend for the 152nd time in his career, battling all comers in nitro funny car. Steve Torrence rebounded from a final round loss at Atlanta to claim another win and solidify himself again as the man to beat in top fuel. All of this action was completed on a weekend were the state of North Carolina expanded their previously restricted seating capacity guidelines, so more fans saw the fun from the stands on Saturday and Sunday than otherwise would have.

David Whealon shot these images and there are some stunners in here. From the four wide launches to the tight shots of funny cars and dragsters rocketing off into the night, if you dig drag racing, you’ll dig these photos. We’ll be back with other classes as the week goes on, but these nitro burning missiles are leading us off!

$1,000 Build: This Inspiring, And Legit, F100 Build Is Close To Done And All For Less Than A Grand! Watch These Incredible Miniature Engines Drive Two Small Variable Pitch Props - BangShifty Zen!

One thought on “NGK NTK NHRA Four-Wide Nationals Nitro Photos: Header Flames Up And Hammer Down In Charlotte!”