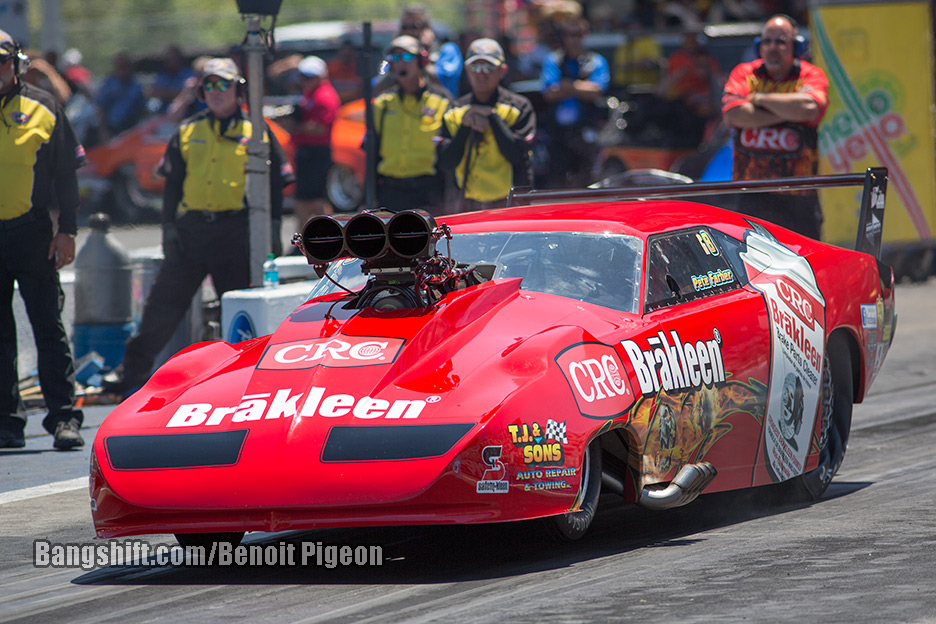 (Photos/words by Benoit Pigeon) – For the first time in his career, pal-o-BangShift Peter Farber left an NHRA Pro Mod race with a Wally. Farber took on all comers at the recently completed event at Bristol Dragway. The place better known as “Thunder Valley” to those that have spent a weekend inside the canyon-like drag strip that sits in a depression quite literally between mountains. With a brand new car for 2014, Farber has been on the attack since the Gatornationals, stepping on the tune up as needed and driving the machine aggressively and tuning it to match. He had started to go rounds at recent races and was looking like one of the more consistent performers on the tour before marching right into the winner’s circle in Bristol. This has been a long time coming for Peter who’s been working hard and making his way in the pro mod ranks for several years now.

He certainly did not slide on greased railed to victory having to battle his way through the meat of the field from start to finish. Meeting Danny Rowe in the first round and Steve Matusek in the finals meant that he faced and put down two of the toughest runners in the class as the Agave Underground Camaro of Rowe and the Aeromotive/Agave Underground Camaro of Matusek are both top five cars and have been (at times) pacing the field in 2014. Additionally, it has been Matusek that Farber had struggled with beating in eliminations. A couple of times this season, Matusek had sent Farber packing in early rounds, so to have a shot at him when the marbles were on the line surely meant something to Farber who is an intense competitor and a guy who has wanted a win like this one for his entire life.

In the end, it was a 6.08/240mph run that sealed his victory as Matusek lost traction and made a valiant effort to drive the Camaro home but he just couldn’t catch the charging Farber. From all of us here at BangShift, CONGRATS PETE! 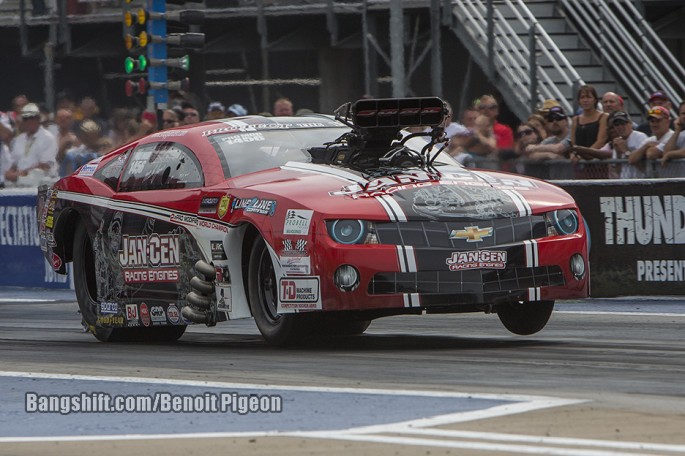 Airport Invasion: Hot Rodders Show Their Stuff At Nebraska's Grand Island Airport - Great Car Show Setting Roadkill: How The Hemi 1955 Chevy Was Built - In All Of Its Sleep Deprived, Stop And Go Glory