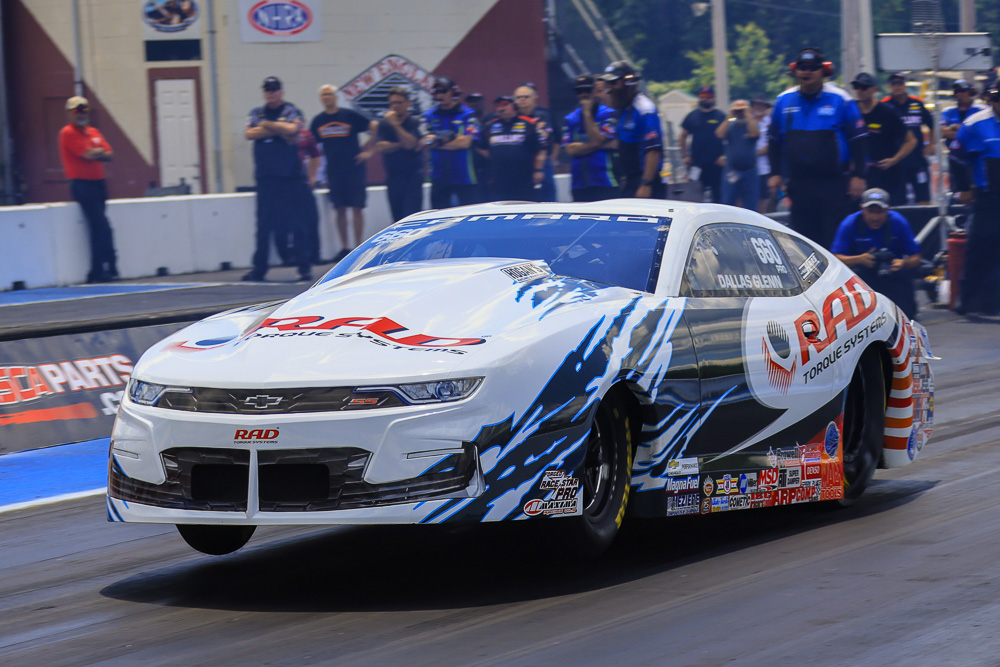 (Photos by Wes Allison) – This coming weekend the NHRA heads for one of the largest tracks on the entire tour. Summit Racing Equipment Motorsports Park. This cavernous place in Ohio is quite the opposite of little New England Dragway in Epping, New Hampshire where the NHRA Camping World drag racing series last competed. The pro stock action at Epping was great with the youth of the class hitting center stage where eventual winner Aaron Stanfield had to defeat the likes of young Mason McGaha and others.

While the young guys are battling, the old guard is still very strong. Greg Anderson continues to have a brutally fast race car and continues to come up just shy in his quest for a 97th victory, a win that would time him as the all-time leader in pro stock with Warren Johnson. Anderson has been a brutally quick qualifier at all but one race this year and he has had the car to beat, arguably, on every Sunday of the season thus far. With HendrickCars.com backing all season, he is seeking to reset the bar for execellence in pro stock.

2021 Carlisle Ford Nationals Photo Coverage: Over 3,200 Cars Showed Up And We Did, Too! It's Not A Malibu Grand Prix Car, But It's Still Adult Go Kart Fun For Cheap. We Want This!