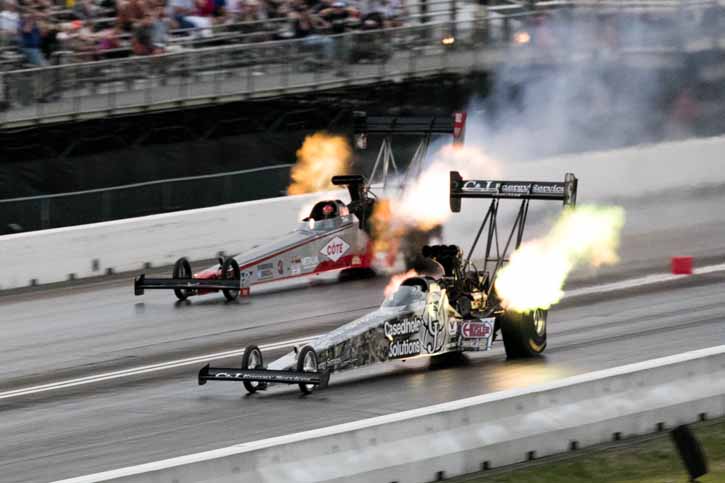 (Photos by Rich Pasley) – If there is one thing that people love about going to the drag races it is seeing records set. Track records, national records, whatever it is, those little slices of history are fun. On Friday during top fuel qualifying at the 2015 NHRA New England Nationals  at New England Dragway in Epping, NH, they got one of the best top fuel shows in the track’s near 50 year history. With the afternoon sun disappearing behind the trees, the lights on, and the air temp hanging in the middle 1960s, all of the elements were in place for them to really fly and they did. One successive passes the track record was repeatedly destroyed until Mike Green and Tony Schumacher’s combined efforts of tuning and driving respectively locked in the number one qualifying spot that held through a very hot Saturday.

The place was buzzing with activity that night like I had never felt and I have been going there for nearly 18 years now. It was electric and cool. The drivers were into it as well. Sean Langdon had the spot and he listened to Richie Crampton take it from him before playfully exclaiming, “I hate Richie Crampton!” and just about the same fate befell Crampton as he awaited the results from Schumacher’s run. Good but not good enough for that team. The Army car went on to win the race as well. That’s the kind of year that those boys (and girls) are having. 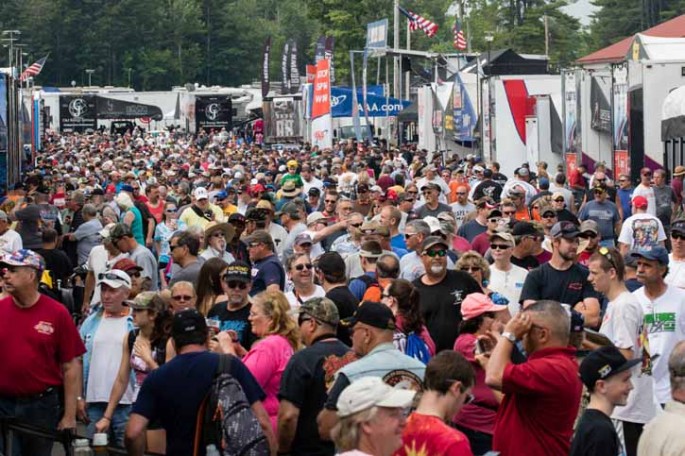 Tour Nebraska 2015: More Than 400 Cars, Lots of Cruising And Tons Of Fun - We Were There! King Of The Streets 2015: Pit Photos From The Showdown At Great Lakes Dragaway