King Of The Streets 2015: Pit Photos From The Showdown At Great Lakes Dragaway 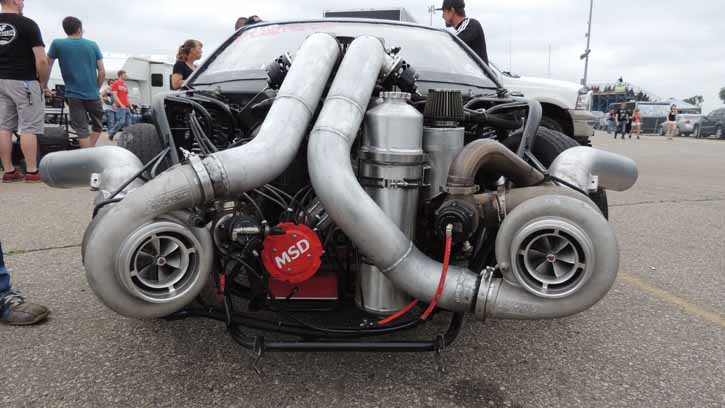 (Photos by Jacob Marshall) – Combining the elements of an awesome, historic drag strip with the new wave movement of no-prep drag racing  was the name of the game at the King of the Streets event last weekend at Great Lakes Dragaway in Union Grove, Wisconsin. Some of the craziest small and large tire cars in the greater Chicago area participated in the event that saw the clocks shut off and the wild action happening on a non-stop basis. We already showed you a video featuring the car that won the unlimited class and in these photos we’re going to show you a whole bunch of the competitors who were competing in the other classes that the event offered.

From evil looking Road Runners to the expected slate of Chevrolet powered Mustangs, there was an awesome turnout at the race. You don’t even have to be a big “no prep” fan to check out these photos and enjoy them. The cars themselves with their nitrous systems, turbo plumbing, or massive engines erupting above the hood line should appeal to gear heads of any and all stripes.

There is more and more no-prep racing going on out there these days and there are more and more cars that have gotten the hang of laying down massive power on a surface that isn’t glued to the teeth. Is this the next big thing in the sport of drag racing? Isn’t it already?! 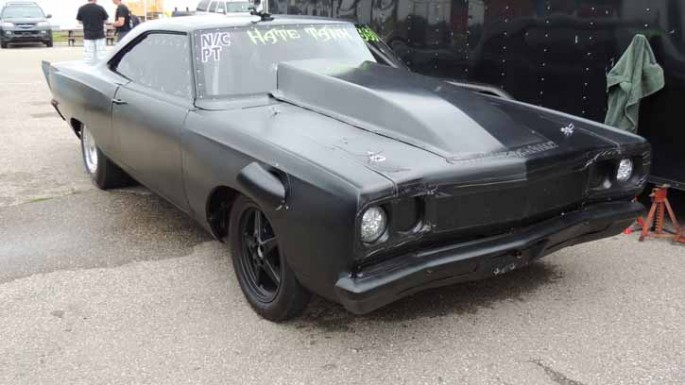 4 thoughts on “King Of The Streets 2015: Pit Photos From The Showdown At Great Lakes Dragaway”