NHRA Nitro Hot Tub Time Machine: Check Out This First In A New Video Series Looking Back At Iconic Moments In Drag Racing 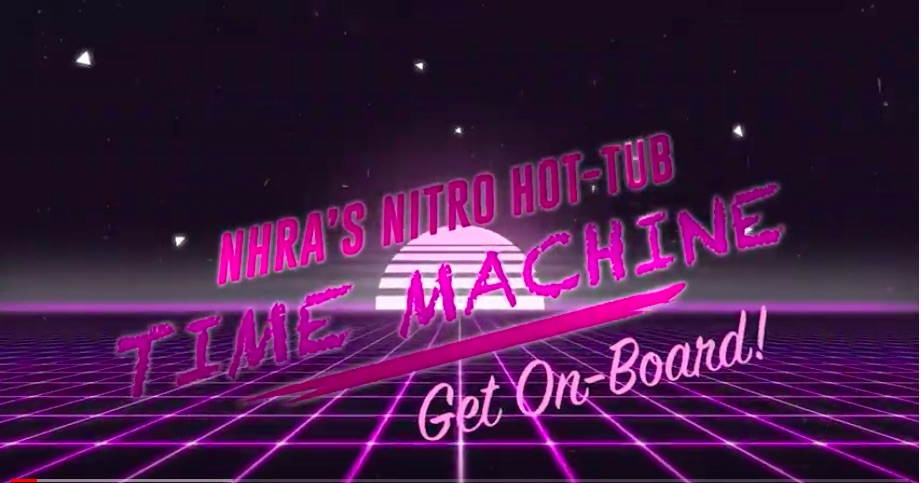 Last week I told you about Deep Stage, the new YouTube project Lewis Bloom and I are working on with NHRA, well there’s more stuff rolling out of the production department in California as well and this one’s fun. Welcome to the first episode of the Nitro Hot Tub Time Machine! In this series, of which we made about 30, you’ll see some of the most fun, interesting, scary, and historic moments in drag racing from the last 50 years. Not all of the moments are things you may remember or things that are etched into the history books. Some are just fun moments from the history of NHRA, got it?

This first episode was dropped right around the Winternationals and it captures some of the fun from the 1990 race where KC Spurlock won in his professional debut, legitimately his first funny car race ever, and Lori Johns had a breakthrough weekend becoming the third woman to ever win in top fuel. Johns would go on to threaten for a championship deep into the season and recording multiple wins along the way. Spurlock’s year was not quite as successful but his start in Pomona was electrifying.

The 1990 season was an interesting one and we’ll be spending time looking back at it during this series as well as loads of other memories and moments to share. Let me know what you think!

Engine Building Video: Watch A 572ci Stroker Hemi Get Built, Topped With An 8-71, and Tested On The Dyno! 2020 Rob's Rod Shop Open House Gallery: Gathering Up The Cars For An Early Get Together!

2 thoughts on “NHRA Nitro Hot Tub Time Machine: Check Out This First In A New Video Series Looking Back At Iconic Moments In Drag Racing”