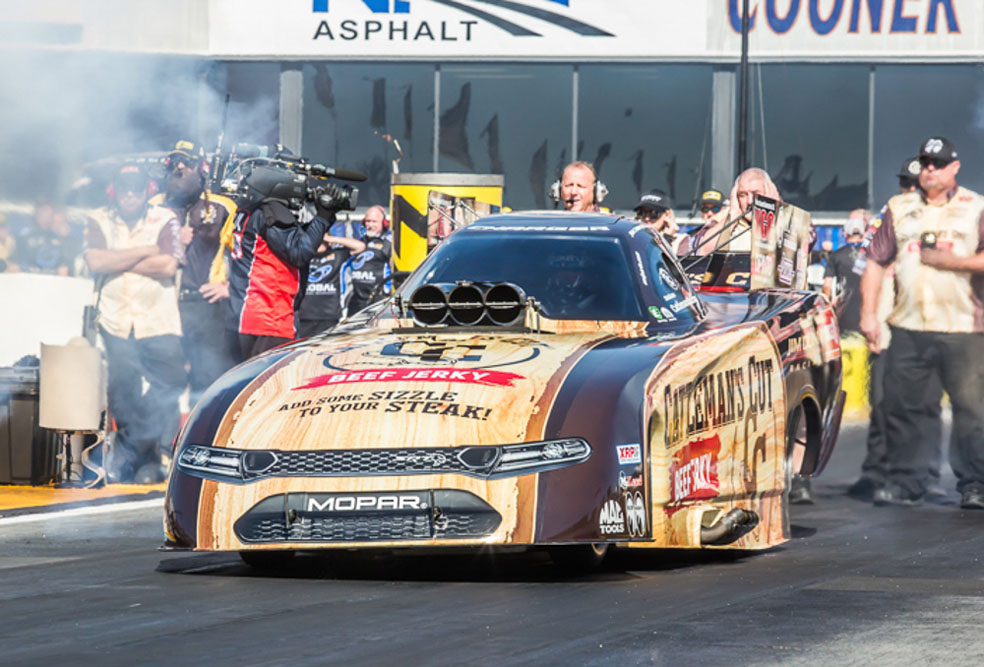 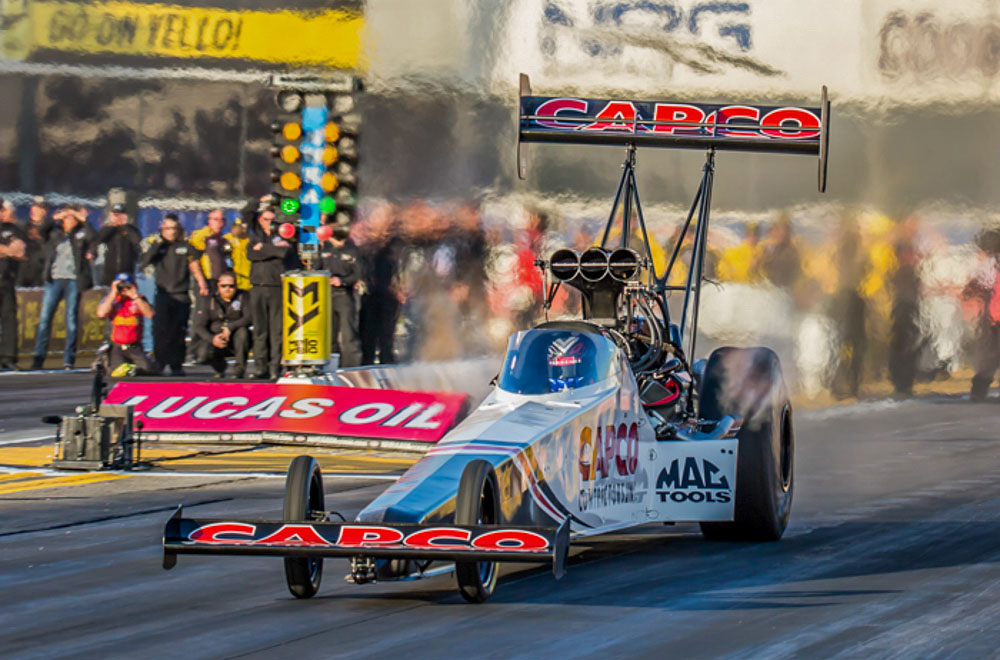 Robert Hight (Funny Car) and Erica Enders (Pro Stock) are also provisional qualifying leaders in their respective categories at the first of 24 events on the 2019 NHRA Mello Yello Drag Racing Series schedule.
Defending event winner Doug Kalitta is currently second in his Mac Tools dragster with his run of 3.716 at 326.87 and Scott Palmer is third with a 3.720 at 328.38.
Hight leads the Funny Car category with a run of 3.871 at 329.67 recorded during his second pass of the day in his Auto Club of Southern California Chevrolet Camaro SS. He’s chasing the top position at the season-opener after wrapping up 2018 second overall in the points. 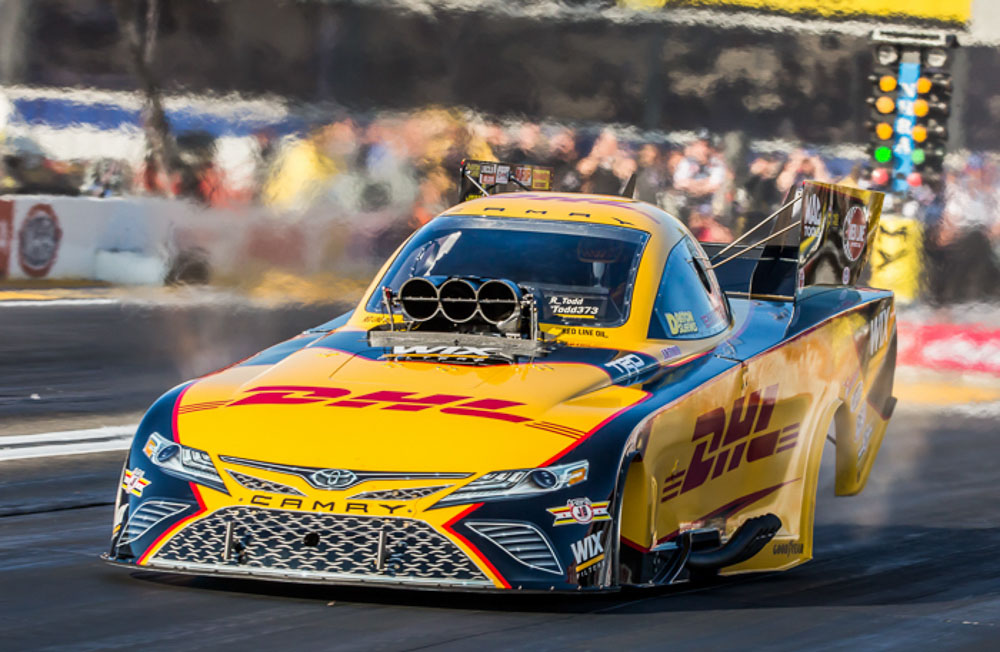 Defending Funny Car world champion J.R. Todd sits sixth currently after a 3.940 at 319.68 in his DHL Toyota Camry, while last year’s Winternationals winner Matt Hagan is eighth following his 3.971 at 323.19.
In Pro Stock, Enders currently holds the top spot after driving to a 6.528 at 212.09 in her Melling Performance/Elite Motorsports Chevrolet Camaro in the first qualifying pass of the day. She is seeking to secure her first No. 1 qualifying position of the season after locking in one in 2018. 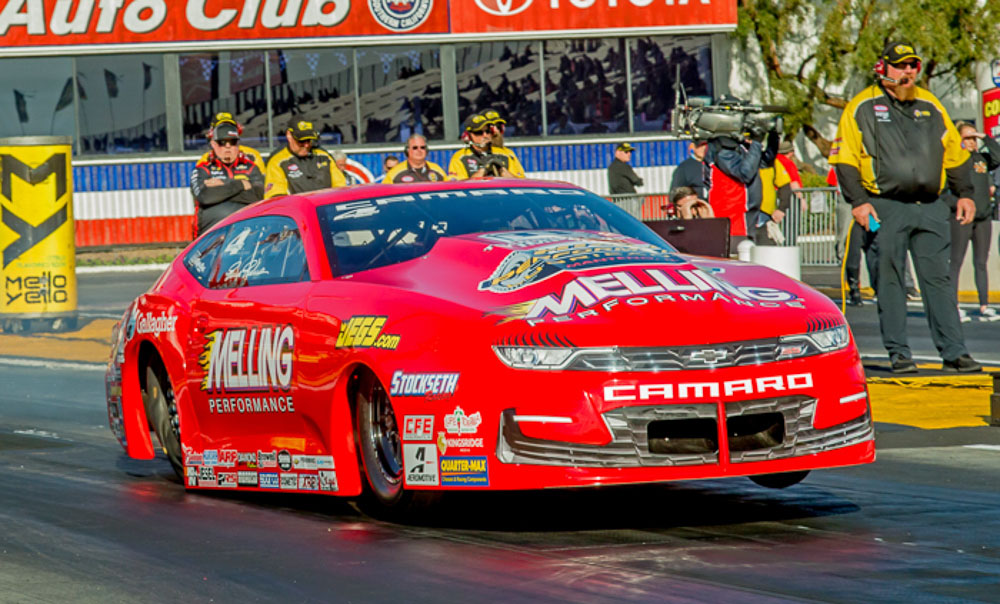 Bo Butner sits in the No. 2 spot after a 6.530 run at 213.10 in his Nitro Fish Chevrolet Camaro, while Rodger Brogdon will enter Saturday third in the qualifying order following his pass of 6.543 at 212.06.
Here’s The Friday qualifying action, new paint, new vinyl, new crews, new tune-ups!