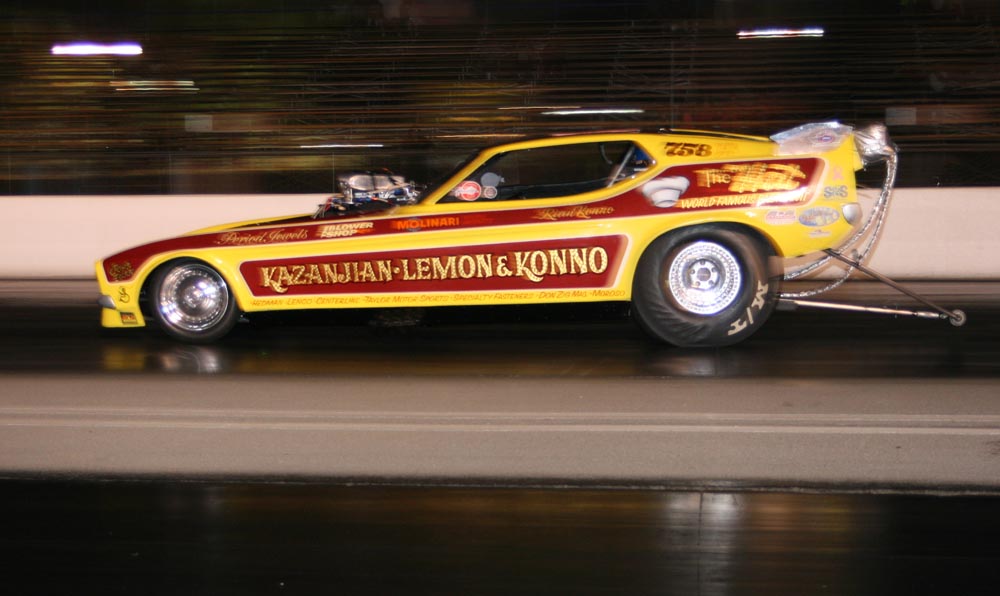 In the third year, Saturday Night Nitro at Auto Club Famoso Raceway has become an awesome event for west coaster nitro racers and fans of the exotic racing fuel.  Reminiscent of battles at Saturday night events all over the US – from Englishtown, NJ to Lions and Irwindale in SoCal, this is an epic way to spend an evening of nitro action with a family vibe.

There’s always a Friday night test-n-tune to dust the cobwebs off of teams and tune-ups with some drivers nailing the combination in anticipation of the Saturday night shootout and the $3,000 payout to the winner.  With nearly twenty nitro funny cars pre-entering for Saturday, about a dozen nitro cars; fuel altereds, front engine dragsters and funny cars unloaded and tested on Friday evening. 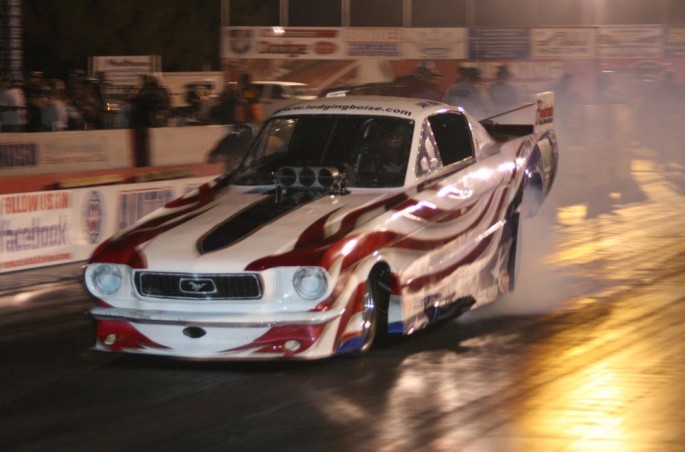 Heritage series points leader Dan Horan driving his “Patriot” Mustang was the quickest and fastest in testing with a stout 5.721 elapsed time at 255.92 miles per hour, under the watchful eye of tuner Ronnie Swearingen.   Having won the recent Salt Lake City Heritage race and twin runner-ups this year at the Boise Ignitor and March Meet, Horan’s World Domination Tour is ready to take another Saturday Night Nitro victory as he did last season. 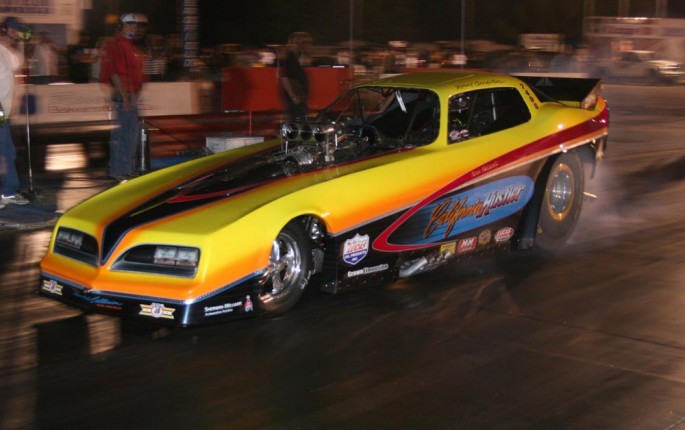 Robert Overholser drove Don Nelson’s “California Hustler” ’77 Firebird to the second quickest of testing with his 6.101 at 232.63 mph.  A post run inspection revealed a leaking rear main seal messing with the clutch adhesion.  As a rookie driver, Overholser was the runner-up to Dan Horan in last season’s Boise Bakersfield Blitz, a west coast series based upon qualifying position and attendance at both Famoso Raceway and Boise’s Firebird Raceway.  There’s a large prize package for winning the Blitz with money, Prolong Oil, nitromethane, hotel rooms and race parts approaching $4,500 to the winner and a similar, reduced payout to the runner-up team. 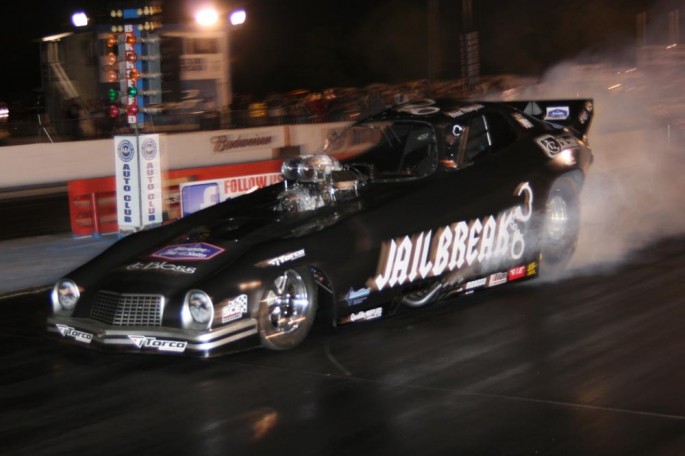 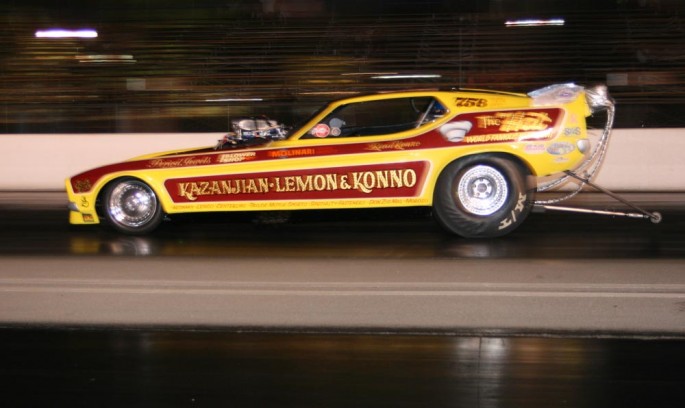 The Kazanjian, Lemon & Konno Mustang launched hard, but drifted out of the groove with driver Ryan Konno lifting as he moved to the centerline. 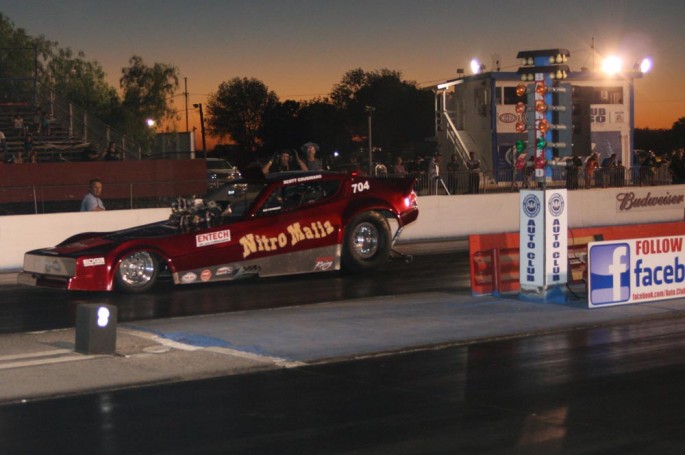 The Cousimano family “Nitro Mafia” Plymouth Arrow looks to have sorted out some of their engine issues and the car sounds ready for the Saturday Night event. 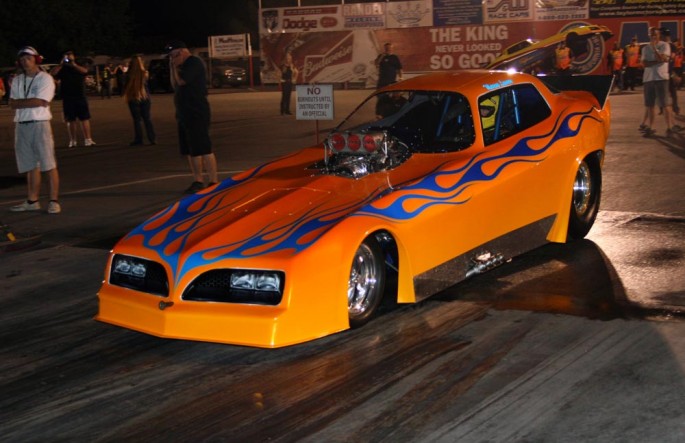 Marcus Lawson has yet to finish the lettering his ex-Dale Pulde racecar as he works on licensing to drive the beautiful nitro funny car under the watchful eye of veteran Mark Leigh. 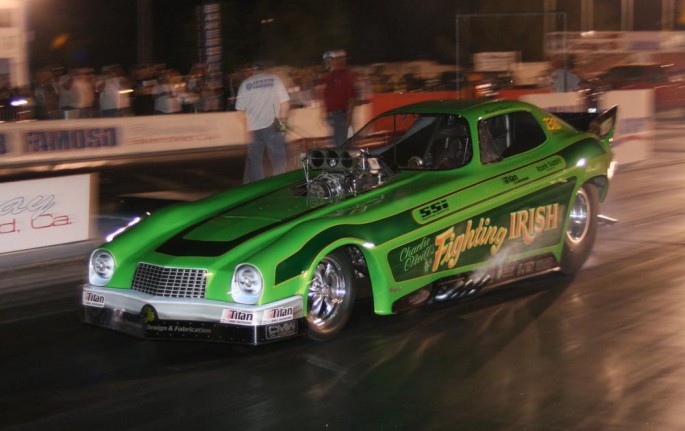 Rick Rogers, who moved over to drive Charlie O’Neill’s “Fighting Irish” Camaro this year, ran an early shut off 6.707 elapsed time in his single pass. 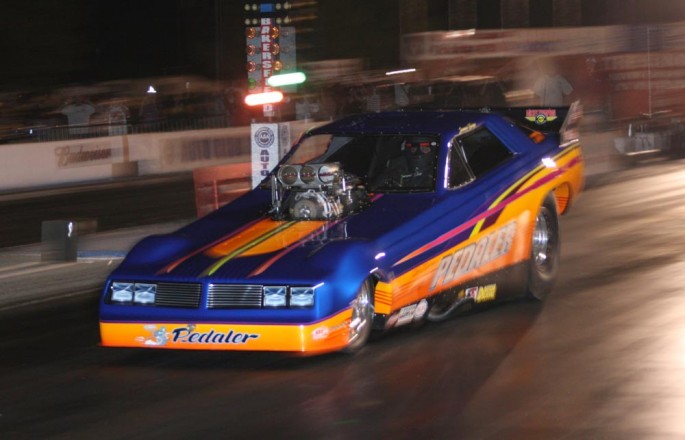 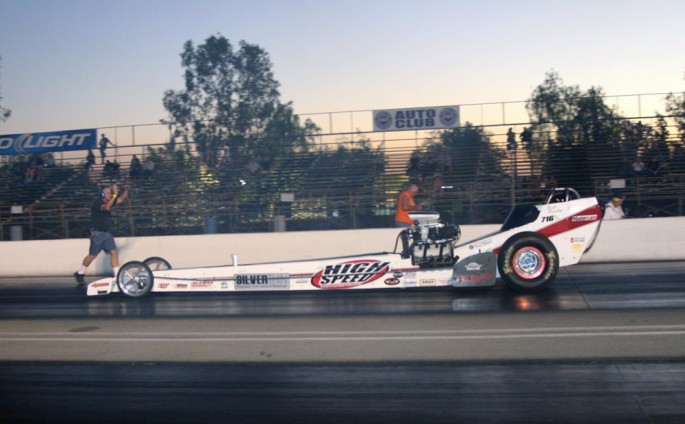 Saturday Night Nitro is also characterized as “Everything Nitro” with front-engined top fuelers like Bill Dunlap in the High Speed Motorsports dragster, who with a bunch of new Darrell Reid engineered valve train parts, ran 209 miles per hour to half track and will run all out on Saturday night. 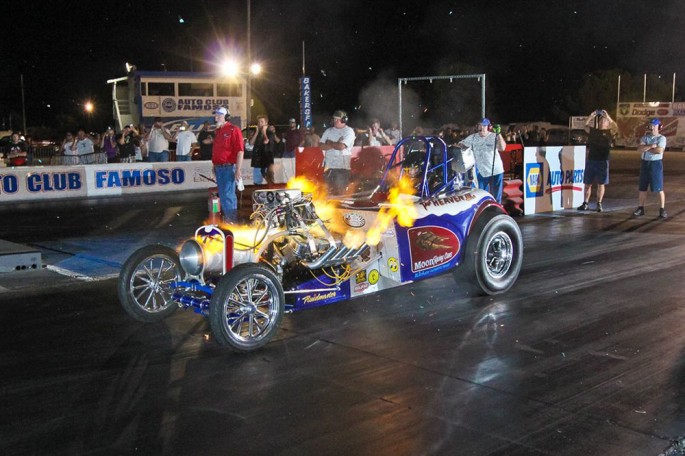 The luck was not with Jeff Bennett in Leon Fitzgerald’s “Pure Heaven” fuel altered as engine weirdness on the burnout popped the supercharger when the car launched off of the Famoso Raceway starting line.  The Famoso crew rolled the injured altered off the line and towed back to the pits. (Rob Gibson – Famoso Raceway Photo) 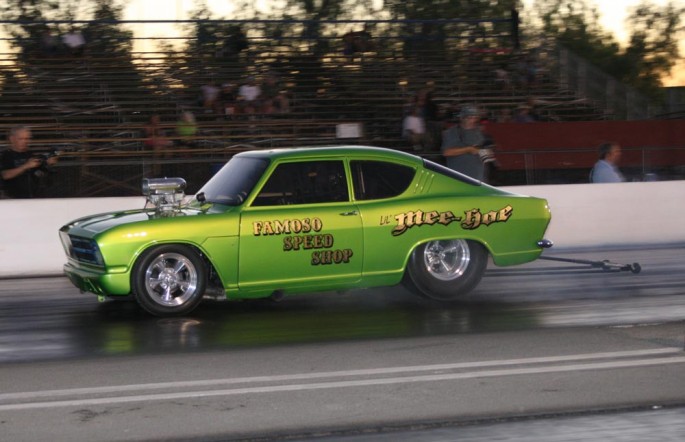 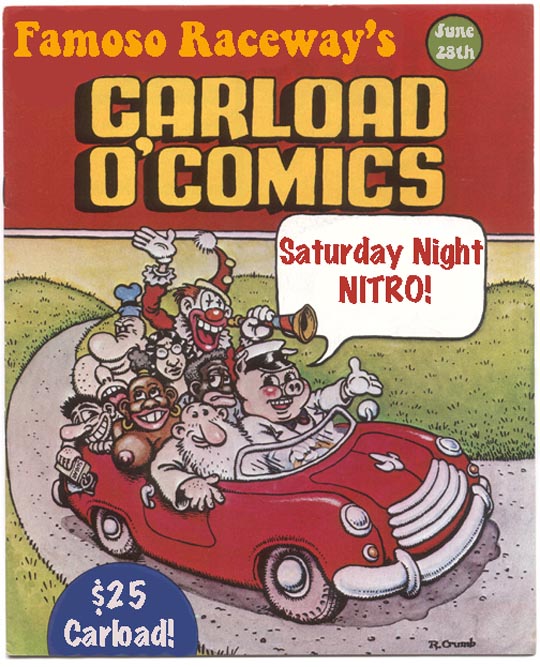 This year, the Bowser family who operate Auto Club Famoso Raceway have changed the spectator pricing to $25 bucks per carload for the June 28th Saturday Night Nitro and the buzz around town is that Famoso will be the place for great entertainment!  Kids are free and get a free funny car poster to take home. 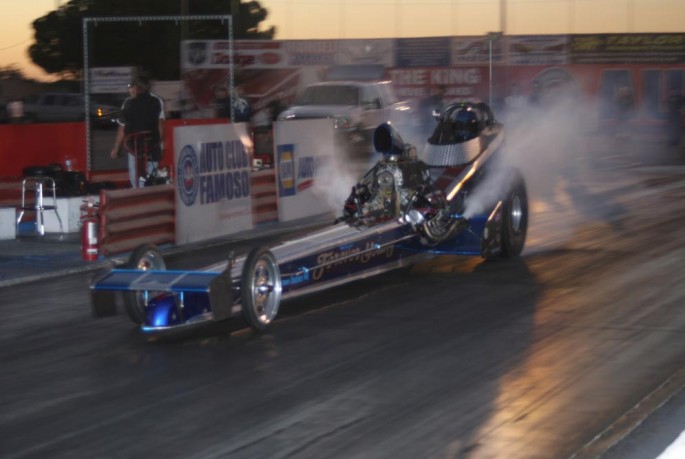 If you can’t make the trek to Auto Club Famoso Raceway, BangShift will have a full report on Monday with all the action from Saturday Night Nitro!

Watch Funny Car Veteran Bob Bode Handle A Massive, Flaming Explosion Like A Boss - Hot Night In Chicago Here's A High-Revving Fairmont Standing On The Bumper For Your Saturday