Nostalgia No Pre Drag Racing In 1994: The Attempted Revival Of Half Moon Bay Drag Strip Was A Wild Affair (Video) 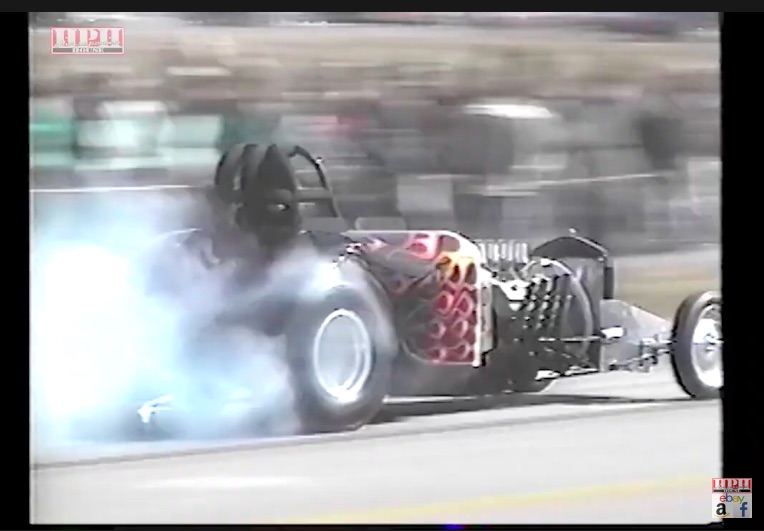 From the 1950s through the late 1960s, California’s Half Moon Bay Drag Strip was a well known spot around the country. All the big hitters competed there, the place was close to sea level and had killer weather so record were often smashed there, and it definitely holds a special place in the annals of drag racing. The strip’s motto was, “Where records are set” and they definitely had their name all over the books for a number of years. Operating as an NHRA Division 7 facility until it was closed in 1968 there are still many people with memories of racing or spectating at the place. The strip as located at an airport and once it closed, the airport went back to being a single use facility.

Many racers found other strips to compete and and that seemed as though the final words of Half Moon Bay had been written. And then 1994 happened. A group that included former track operator Jim McClennan actually got as far as having a drag race on a runway at the facility as a noise study as they were trying to revive the strip in some form or fashion. The event sold out instantly with racers and more than 300 had to be turned away on top of that!

This video is from the 1994 “sound study” day at Half Moon Bay and it’s pretty wild. There is zero prep to the runway surface and guys are running everything from stock muscle cars to blown, alky burning altereds. There are multiple dragsters with two engines and even a freaking jet car! As you can imagine the majority of the runs are sideways and tire smoking affairs but it sure looks like everyone had a great time.

We don’t believe they passed the test and again, Half Moon Bay remains a part of drag racing’s rich history and lore.

Quick Tech Tip: Here's The Most Accurate Way To Measure Battery Voltage From Our Pals At Optima The Price of Freedom: Cleetus Goes Through The Costs, Repairs, and Investment In The Freedom Factory - Track Repairs Begin!

One thought on “Nostalgia No Pre Drag Racing In 1994: The Attempted Revival Of Half Moon Bay Drag Strip Was A Wild Affair (Video)”