Oddly Satisfying Video: Watching This Holley Deliver Fuel To A Dyno Engine Is Kind Of Mesmerizing 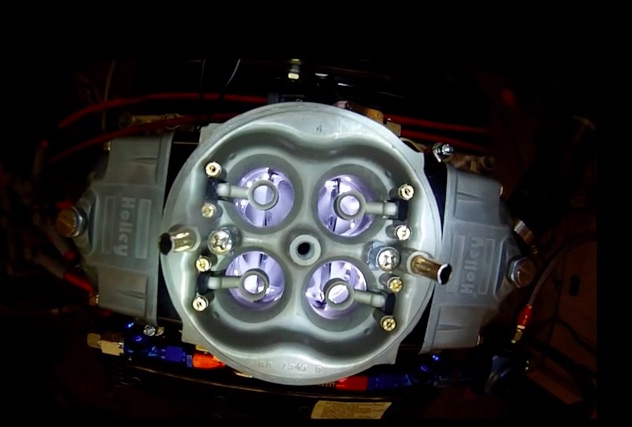 Ever catch a video on YouTube or another location and the title includes the words “Oddly Satisfying”? You know the ones. Videos of people power washing stuff, stacking stuff, arranging things, etc. Videos where there is some natural expected order of events that the film itself delivers. Well, that’s exactly what happens in this video that features a Holley four barrel carb fire hosing an engine with fuel as it pulls on the dyno. The cool part is that we get to see it from directly above the engine and there’s no risk of us being killed…unless you are watching in a really bad neighborhood or while juggling chainsaws.

There is no science here, no method, no breakdown, just an engine with a big Holley and a dyno operator giving it a rip. We get to see the squirters work, the boosters work, and a visual interpretation of just what it looks like when you stand on the gas and why the fuel needly moves so quickly when doing so.

The lighting on this is pretty boss and we really get a good look inside the carb and we can see lots of stuff going on the harder that the engine is working. You can see the squirters working, the boosters working, and the throttle blades opening. The whole thing is just kind of fun to watch. Or is isn’t and we’re weird. You make the call.

2 thoughts on “Oddly Satisfying Video: Watching This Holley Deliver Fuel To A Dyno Engine Is Kind Of Mesmerizing”