Plastic Fantastic Video: Watch This Visible V8 Engine Spin To Over 7,000 RPM – The Sound Is INCREDIBLE 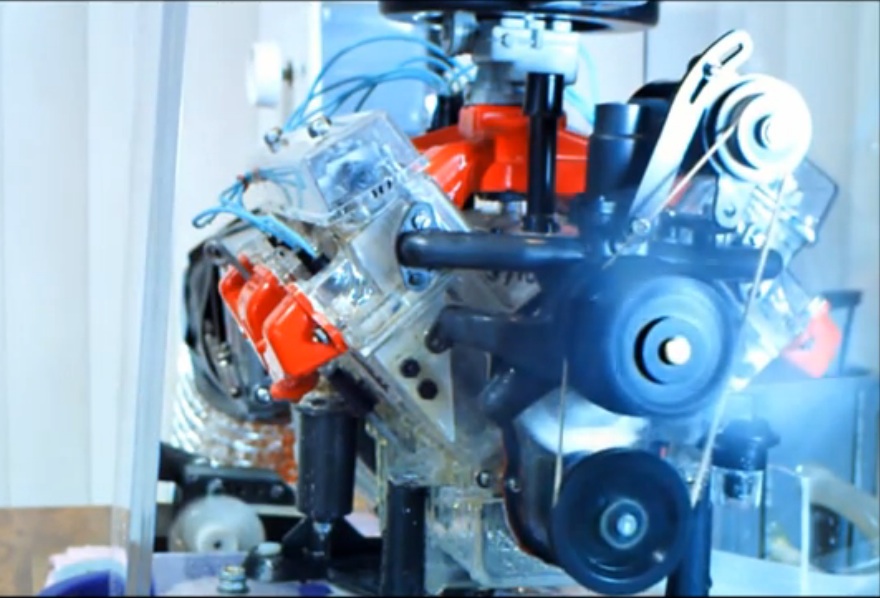 Hey we all have our automotive passions, right? As it turns out there is one guy on YouTube pretty much obsessed with taking a little plastic Visible V8 engine and hot rodding it to see exactly how hard and fast he can spin it while making it survive. These are designed to turn 100 RPM when they are new out of the box. This one? He’s up to 7,000+ RPM and while we won’t force you to sit through all the videos that show how he hot rods the engines, we will tell you that we did and some of the fun fact you need to know are that it takes him up to six days to prep one of the plastic cranks to survive this stuff and virtually every single component on the engine has been beefed or otherwise modified to make it to this level. We have showed videos of the engines failing at lower RPMs in the past but this guy has really got sometime into the whole project and while it may seem weird to most, we kind of admire it. There’s something to be said for sticking with an interest even when it is out there in left field, right?

Obviously he spins the engine with an electric motor and can vary the speed as he wants to. You will see him “start” the thing and get it warmed up before really putting the screws to it. Maybe a minute or so into the video you will see him put his little hand held tachometer near the back of the engine and then start to wick ‘er up. When the engine RPMs begin to climb you may freak like we did over the sound. For a bunch of little plastic parts struggling for their lives, this ancient small block based designs sounds incredible. It really has a little roar!

If you take a stock Visible V8 and stick a power drill on it at max speed it will blow to smithereens pretty quickly. This one makes it to over 7,000 and survives. We’re not going to embark on the same journey that this guy did but we’re sure glad that he decided to do it. Freaky and cool! 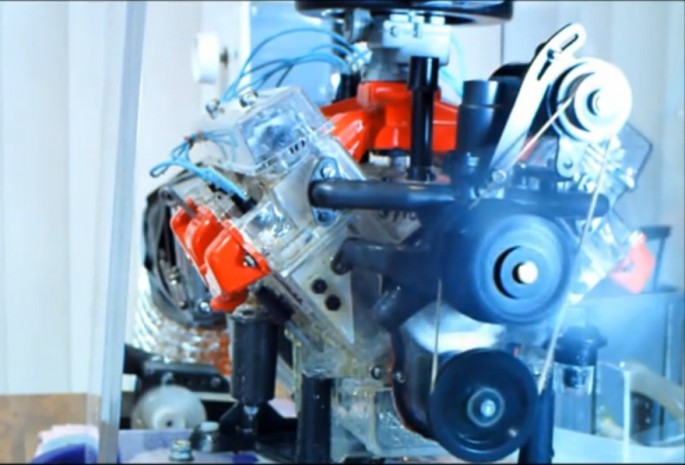 In The Realm Of Publicity Stunts, Floating A Farm Tractor On Your Ag Tires Is Pretty Darned Good Harry Lee's Tractor Collection Is Filled With The Greatest Freaks Ever - You Do Not Need To Love Tractors To Love This Video

One thought on “Plastic Fantastic Video: Watch This Visible V8 Engine Spin To Over 7,000 RPM – The Sound Is INCREDIBLE”