Coolness! Check Out This Episode Of The Long Forgotten “Pro Drag Superstars” TV Show From 1985

Sep 16, 2019Brian Lohnes1320 Videos, BangShift 1320Comments Off on Coolness! Check Out This Episode Of The Long Forgotten “Pro Drag Superstars” TV Show From 1985 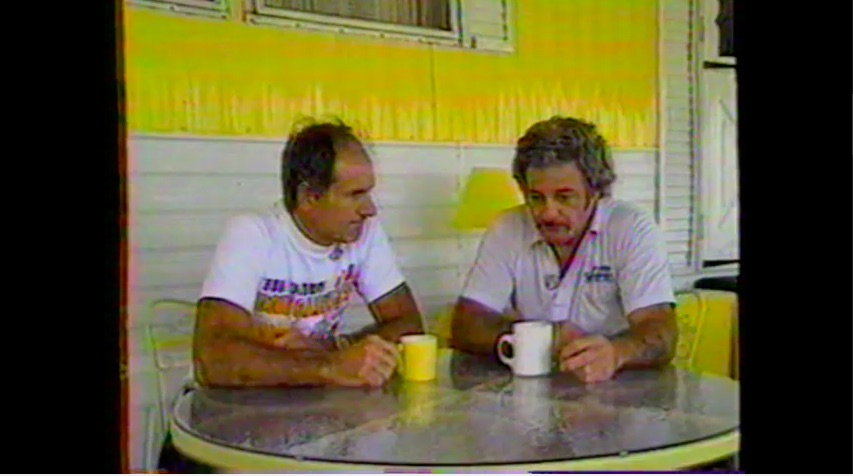 I love finding stuff like this. Ever heard of the TV show “Pro Drag Superstars”? I sure had not before stumbling onto this video that was hiding a dark, recessed corner of YouTube. The show is interesting and cool in the fact that it profiles fuel altered racers in California, and a match race between Don Garlits and Chris Karamesines run at Kil-Kare Drag Strip in Ohio. There’s a segment about a model, some crazy vintage footage of the fire that nearly took Garlits out of the sport in 1959, and an announcer who kind of sounds like Jan Gabriel but isn’t.

The segment with the model is kind of a waste of time, the segment with the fuel altereds is pretty cool because it is at a track that no longer exists, but the best part of the whole thing is the Greek and Garlits match racing. Karamesines is about as chatty as you will ever see him on camera anywhere. The conversation is interesting between the two and it is even more interesting when they talk to the fellow between rounds and see how they are going to set up for the next one.

We’re wondering where this show aired, if it ever did. Or maybe it was a straight to video thing? Does anyone remember watching this stuff in the middle 1980s? It’s a new one on me, that’s for sure.

Safety In 1975 Video: Watch Race Drivers And Regular People Talk About The Wonder Of Seatbelts 40+ Years Ago Amazing Historical Video: Listen To Amazing Audio From Breedlove and Arfons During Their 1960s Land Speed Duel - Incredible Peek Into History